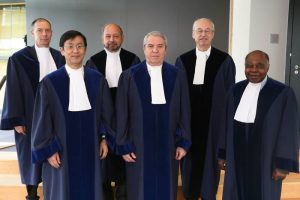 On 23rd September 2017, the Special Chamber of the International Tribunal for the Law of the Sea (ITLOS) will deliver its judgment in the Dispute Concerning Delimitation of the Maritime Boundary between Ghana and Côte d’Ivoire in the Atlantic Ocean (Ghana/Côte d’Ivoire)[1].

Judge Boualem Bouguetaia, the President of the Special Chamber constituted to deal with the dispute presided over the hearing. Rüdiger Wolfrum, Germany, and Jin-Hyun Paik, the Republic of Korea are the other judges on the panel hearing the case. Ad hoc judges Thomas Mensah, Ghana, and Ronny Abraham, France, were selected by Ghana and Cote d’Ivoire, respectively, pursuant to the rules of the ITLOS.

Ahead of that, here is a summary of the key issues involved in the dispute.

What is the dispute about?

Beneath the claims lies the question as to whether there is an established maritime boundary between the two states. Whereas Ghana argues that a customary equidistance boundary line should be used in determining the maritime boundary, La Côte d’Ivoire is urging on the Tribunal a bisector approach.

What is Ghana’s position? 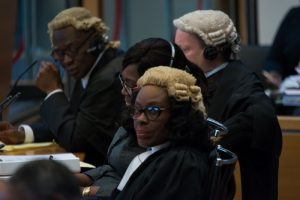 Ghana argues that there is not dispute around the fact that there has been no formal attempt at delimiting the maritime boundaries between Ghana and La Côte d’Ivoire. Ghana, however, asserts that for about half of a century both states had mutually recognised and agreed that their maritime boundary was established on the basis of the equidistance rule. Ghana also asserted that Côte d’Ivoire abided by the tacitly agreed boundary and only changed its mind when Ghana announced that it had found oil in commercial quantities.

Ghana accused La Côte d’Ivoire of being inconsistent regarding the method to be used in delimiting the maritime boundary between the two countries. Ghana argued that each of La Côte d’Ivoire’s suggested approach to delimiting the maritime boundaries between the two states had the effect of cutting sharply across the coastal projection of the Ghanaian coastline, and thereby severely reducing Ghana’s maritime entitlement.

Ghana also argued that La Côte d’Ivoire’s constantly changing approach had the effect of causing “considerable uncertainty in the development of Ghana’s petroleum sector”. Ghana added that “La Côte d’Ivoire’s inconsistent approach to the maritime boundary has greatly prejudiced Ghana as Ghana has acted in good faith, relied on La Côte d’Ivoire’s long standing acceptance of the customary equidistance boundary by engaging in long term capital intensive, offshore exploitation and exploration program based on the expectation that these investments would provide a solid and sustainable basis for its economic development.”

What is La Côte d’Ivoire’s position? 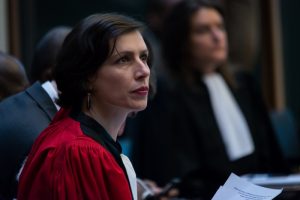 Naturally, Cote d’Ivoire denies Ghana’s presentation of the facts. For instance, whereas Ghana argued that La Côte d’Ivoire stood by and did nothing whiles huge investments were being made in the disputed area, La Côte d’Ivoire argued that “from 1993 following the death of Félix Houphouet-Boigny, La Côte d’Ivoire gradually slipped into a lengthy period of serious political and social instability.” They continued: “these internal political tensions led to a military coup and then a civil war, which destabilized the country significantly.” It was only up until 2007 that some stability was restored.

What has happened so far? 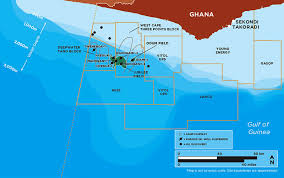 Ghana, amongst others, argued that the total cessation of exploitation and exploration activities would cause Ghana irreparable damage considering the sums of money spent on developing the area under the dispute.

The Tribunal did not accede to La Côte d’Ivoire’s request that Ghana suspends all ongoing exploration and exploitation activities in the disputed areas. The tribunal noted that “suspension of ongoing activities conducted by Ghana in respect of which drilling has already taken place would entail considerable financial loss to Ghana and its concessionaires.” The Chamber, however, pursuant to Article 290 of the Convention on the Law of the Sea, prescribed that Ghana takes all necessary steps to ensure “no new drilling either by Ghana or under its control takes place in the disputed area,” to prevent information regarding exploration that is “not already in public domain from being used in any way whatsoever to the detriment of Côte d’Ivoire,” and “refrain from any unilateral action that might lead to aggravating the dispute.” It was further unanimously decided by the chamber that both parties submit a report detailing compliance with the measures by May 25, 2015.

What are the implications of a judgment in favour of Ghana?

Its is not hard to tell. A judgment in favour of Ghana will mean that a lot of businesses that have invested heavily in the oil exploration especially in the Deep Water Tano Block (made up of the Jubilee and TEN fields) will be deeply relieved.

What are the implications of a ruling in favour of Ivory Coast?

A ruling in favour of Ivory will definitely be bad news for Ghana. This would mean that all the oil blocks and concessions that have been given will fall into disarray. It may also mean a renegotiation of key contracts.  Additionally, Ghana’s economy will be hard it as revenue from petroleum exploration will drop significantly.

Samuel Alesu-Dordzi is an Editor of the Ghana Law Hub.
NEWER POSTGhana v. Côte d’Ivoire: What You Need to Know About the ITLOS’ Decision
OLDER POSTBook Review: The Government of Ghana and International Arbitration