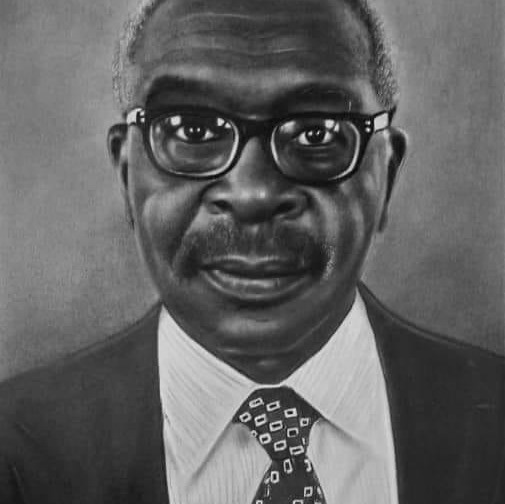 He is crazy. “The product is where it is because my partner is crazy. Any sane person would have given up years ago”, Ace Anan Ankomah, the current Senior Partner of Bentsi-Enchill, Letsa, and Ankomah (BELA), remarked of the firm’s founding partner in a 2003 interview on his digitization of law reports, journals and other legal materials in Ghana. Though Kojo Bentsi-Enchill’s digitization efforts will not achieve the same level of popularity as his law firm building efforts, it would seem that the success of the BELA project was very much the product of his doggedness and crazy spirit.

Progress within Ghana’s legal market has, for a large part, been chequered. But it is easy to assume, looking at today’s landscape, that things have always been the same: competitive law firms engaged in very complex transactions, heavy electronic databases, very efficient law practice management software, etc. But no. It took a lot more than chance to get to this point.

In the early years of legal practice in Ghana, litigation was the mainstay of locally trained lawyers. Criminal law practice, land disputes, and chieftaincy disputes were the primary focus for many local lawyers. On the other hand, mainly foreigners or foreign-trained lawyers played in the corporate practice circles. The leading law firm in the Gold Coast colony included the firms Giles Hunt (now Kudjawu & Co) and JJ Peele & Co (which still has an office in Kumasi).

Robin Luckham, in his article the “Economic Base of Law Practice in Ghana”, surveyed the nature of law practice in Ghana back in 1976. “Most practicing members of the Bar in Ghana can be regarded as small-scale legal entrepreneurs. More than three quarters (78%) practice from small chambers of no more than three lawyers. 30 percent entirely on their own and 48 percent in the same place as only one or two other lawyers. Sharing chambers with other lawyers does not mean, furthermore, that they necessarily share clients, work or money”, he observed.  That story has not changed. But things are not what they used to be either.

In 1963, Lynes and Quarshie-Idun & Co was arguably the biggest and leading law firm in Ghana. The firm was the product of the merger in 1963 between Lynes and Cridland’s expatriate firm with the firm of local lawyers E.N.P Sowah & Co. As Luckham recounts, “not long before the merger was completed, Cridland left for Britain and Sowah was elevated to the Bench, handing over to his junior partner J Quarshie-Idun.”

This was how the firm Lynes and Quarshie-Idun & Co emerged. John Lynes – an Australian National – would eventually be chased out of Ghana for his role in cases that challenged the Busia regimes’ unconstitutional conduct, including the famous Republic v Director of Prisons (ex parte Salifa). Most of the clientele base of Lynes and Quarshie-Idun were foreign firms, banks, and insurance companies.

Transactional legal skills were barely available. As one solicitor is reported to have remarked, “There are no more than six lawyers in Ghana who can draw up a simple lease through which I could not drive an express train.”

It is within this context that Kojo Bentsi-Enchill’s legacy within the legal field stands out. He blazed the trail and made it close to impossible for the remark that “there are no more than six lawyers in Ghana who can draw up a simple lease through which I could not drive an express train” to be repeated.

Born in 1948 to a former supreme court judge, Kojo attended High School in England but later returned to Ghana to first study political science and later law at the faculty of law of the University of Ghana (now University of Ghana School of Law). After completing his studies in Ghana and his call to the Ghanaian bar in 1975, Kojo left for Cambridge University for his post-graduate studies focusing on the law of mining concessions. He later joined the law firm Shearman and Sterling as a foreign associate and had a brief stint with the Ford Foundation as an assistant programmes officer. In 1988, he returned to Ghana and, together with his law faculty colleague, Divine Letsa, formed what would become the gold standard in legal practice in Ghana: Bentsi-Entsill, Letsa Ankomah (BELA). The firm, as it stands, is the largest employer of lawyers in Ghana and specialises in a wide array of areas, including litigation, arbitration, energy and infrastructure. This is no mean feat. Ghana’s experiment with big law has come a long way – starting in 1960 with Kwame Nkrumah’s failed “Law Chambers & Co” as a solution to the numerous small firm practice prevalent back in the early years after independence.

Kojo left the firm when its image and reputation, both locally and internationally, are highly regarded.

In a 2017 interview with JoyFM[1], the current Senior Partner of the firm shed some insight into the leadership qualities of Kojo. He recalled the time when Kojo was behind on filing some business unit report. The rule in the firm was: no report, no salary. Kojo had not presented his report for two months. This meant that he had not received his salary for two months. The apologetic Ace walked into his office and sought to apologise for him not having received his salary. “I thought you were coming to scold me for failing to file my report”, he recalls Kojo telling him. This insight into the man showed that he was a man of process and institution. Others who know him personally and up close have talked about his pursuit of very high standards and his insistence on getting things done – no matter what.

The firm in a statement noted that: “Kojo’s fearless spirit, rigorous work ethic and unwavering integrity will forever be the foundation of the firm. It is hard to overstate Kojo’s impact on the development of legal practice in Ghana and to the continued success of the firm.”

Kojo Bentsi-Enchill will be remembered as one of the outstanding and towering personalities ever to have been on the Ghanaian roll of lawyers – not only because he was an exceptional lawyer but more because he built something that opened doors for so many people and changed the face of Ghanaian legal practice in so many ways.

Samuel Alesu-Dordzi is an Editor of the Ghana Law Hub.
NEWER POSTSummary of 2021 Presidential Election Petition Ahead of Supreme Court Judgment
OLDER POSTCOVID-19 And Force Majeure Clauses – Scaling the Hurdle