The Curious Case of SALL 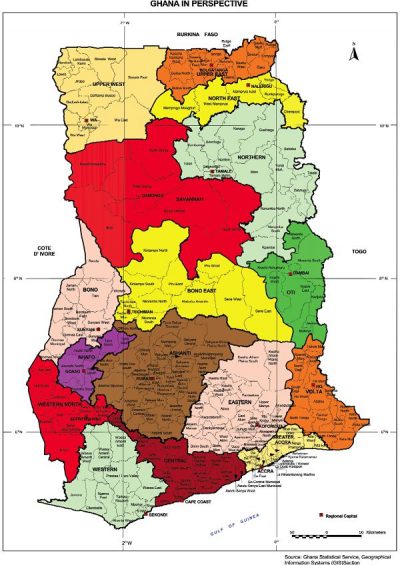 In this post, I summarise the key events leading to the Electoral Commission of Ghana’s failure to hold parliamentary elections in the traditional areas of Santrokofi, Akpafu, Lipke and Lolobi (SALL).

Article 47(2) provides that a constituency must not fall within more than one region. In addition to this requirement, the EC has stated that a constituency boundary cannot fall within two districts. Although this position is not supported by Article 47(2), this view has been upheld by the EC based on its interpretation of local government laws since 2003. (See: Electoral Commission of Ghana – Elections 2004: Ghana’s Parliamentary and Presidential Elections. Friedrich Ebert Stiftung 2005). Post-2003, the EC’s actions have led to an increase in the number of constituencies from 200 to 275.

With Parliament on recess and 26 years “precedent” of demarcating constituencies after new districts are created, the EC could not lay the appropriate C.I. in Parliament for the requisite twenty-one days before the 7 December 2020 general elections.

We have reaped the “benefits” of the EC’s wrong interpretation on the demarcation of constituency boundaries. The time has come for the EC to revisit the redistribution of constituencies to ensure that the number of inhabitants in each constituency is, as nearly as possible, equal to the population quota as set out in Article 47 of the constitution. (See Daniel A. Smith The Re-demarcation and Reapportionment of Parliamentary Constituencies in Ghana. CDD Briefing Paper Vol. 10 No. 2).