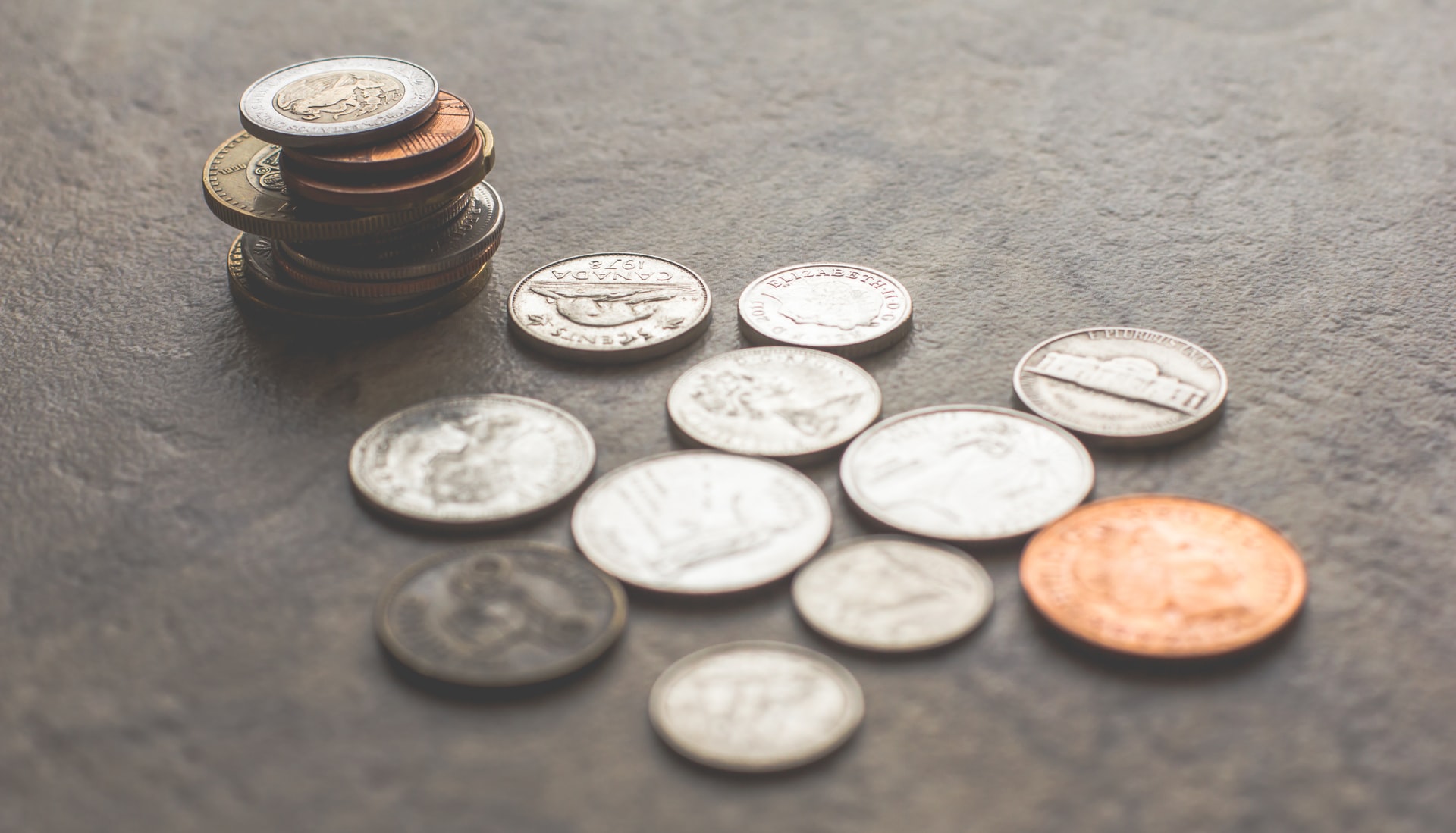 To Cash-Out On Leave Days or Not: A Review of Samuel M. K. Adrah vs. Electricity Company of Ghana

In Samuel M. K. Adrah vs. Electricity Company of Ghana, Ghana’s Court of Appeal laid down the position of the law regarding commuting accrued leave of an employee to cash. It held that by section 31 of the Labour Act 2003 (Act 657), payment of cash in place of leave is void, unless saved by equity or any other considerations that aid the course of justice. In this article, I argue that it is possible to accumulate leave under the Labour Act and cash-out on same because the Act, makes leave a right/benefit and not an obligation on the part of the employee. Consequently, in the absence of mandatory provisions in an employment contract, the contractual bargains of the parties must be protected.

The plaintiff was an employee of the company from 1996 to 2010. During this period, he had accrued 249 days of outstanding leave with the company. Under the company’s 2009 Manual of Staff Regulations and Conditions of Service for Senior Staff, staff who had accumulated leave were required to take it before the end of 2011 because the accumulation of leave violated the Labour Act.

The company asked the plaintiff to proceed on leave with effect from 24 May 2010 and to resume work on 20 May 2011 to which he complied. His appointment was terminated a month into his leave. He was paid a severance package which included payment of two months’ salary in lieu of notice, provident fund contribution and accrued interest. The plaintiff commenced proceedings arguing that the defendant had denied him the benefits of his accumulated leave and other entitlements. The company, in its defence, stated that its policy does not allow it to commute accumulated leave to cash because to do so will violate the Labour Act.

The company appealed on the grounds that the Learned Judge erred in her interpretation of Sections 30 and 31 of the Labour Act when she held that the company could lawfully pay cash in respect of accumulated leave irrespective of those provisions. The trial judge interpreted Section 31 as follows: “…one’s entitlement to leave is not relinquished by any agreement to the entitlement itself or to forgo as to do so will be void”.

Decision of the Court

The three-member panel in a unanimous decision held that the plaintiff was entitled to his accumulated leave in cash. The two judges who wrote the decision arrived at their conclusion via different routes. Dzamefe JA was of the view that termination of an employment relationship does not affect accrued leave. Since the plaintiff’s leave had accrued before his termination and he was on leave legitimately before his termination, he is entitled to be paid cash in place of his leave. He also found that the Staff Manual of the company, provided that staff who either retired, resigned or were dismissed had their leaves commuted to cash. His Lordship was of the view that since the plaintiff, who was only an employee, did not control the administration of leave in the company, the company’s negligence could not be visited on the employee. In the end, His Lordship fell short of interpreting Sections 30 and 31 of the Labour Act.

Ofoe JA, on the other hand, held that:

“section 31 should be understood and interpreted as simply nullifying any agreement between the employer and worker to forego leave. The agreement to forgo leave is void with no benefits accruing to the benefit of the employer or employee under such void agreement unless there are any equitable grounds to the contrary”.

“There is no doubt on the records that clause 1.12 of the conditions of service contains commutation of accumulated and current leave into cash. This provision in the collective Agreement, exhibit A, is such type of agreement that Section 31 declares void. It would appear then that unless equity or any other considerationscome up, the Plaintiff cannot make any claim against the defendant based on clause 1.12 which clearly from my point of view is void and therefore unenforceable per Section 31 of the Labour Act” (my emphasis).

In the instant case, there was evidence that the plaintiff applied for his leave, but the company refused to grant him all the leave entitlement. He had asked for his accumulated leave of 249 days in December 2009 but was only allowed 30 days out of it.

Thus, for Ofoe JA, enjoyment of leave is mandatory, and any derogation from it is void. However, the Learned Justice proceeded to state that “legally it is not every agreement to forego leave that is void simpliciter and for which accumulated leave yields no benefits for the worker”. In my humble view, this position is contradictory with his earlier interpretation. The construction of Section 31 in mandatory terms to void all employment agreements which permits employees to cash out on their leave is an overreach. It does not take into account the obligations and rights the Labour Act creates in respect of the enjoyment of “leave” from work.

Under the Act, there are five types of leave. First, Leave With Full Pay under Section 20, which was the subject of the dispute in this case. All employees are entitled to enjoy a minimum of fifteen working days as leave in a year. Secondly, Public Holiday Leave which does not affect the minimum leave days of an employee in the year. Third, Permission Leave; leave from work with the permission of the employer to undertake voluntary communal work or civic duties. For example, an employee may serve as a juror in a criminal matter in court or take time off to register as a voter for public elections. Such leave does not affect the annual leave of an employee.

Further, if certified by a medical practitioner, an employee can take Sick Leave. Sick Leave does not also affect the minimum leave days of an employee. Lastly, Maternity Leave where women are entitled to a minimum leave of twelve weeks in addition to Leave With Full Pay. The leave can be extended further for at least two weeks if complications arise from childbirth. Also, a woman can take Sick Leave if a medical practitioner certifies that an illness was caused by pregnancy.

The Labour Act, like other laws such as the Mortgages Act 1972 (NRCD 96) and Hire Purchase Act 1974 (NRCD 292) are weaker-party protection laws. Thus, the construction of such laws must always be to advance the object and purpose of the Act. Section 20(1) of the Labour Act which provides that “…every worker is entitled to not less than fifteen working days leave with full pay in any calendar year of continuous service” must be construed as a right entitlement provision which is only exercisable by the worker. Such an interpretation would accord squarely with the constitutional intent and spirit expressed in Article 24(2) of the 1992 Constitution of Ghana. Thus, upon a true and proper interpretation of Section 20(1) of the Labour Act, it would mean that an employer has a mandatory obligation to honour the “leave right” of the employee, if the employee elects to take the leave. In simple terms, it is the right of leave with pay that is guaranteed and not the obligation to enjoy the right.

To prevent employers from coercing or requiring employees to forfeit leave in agreements, Section 31 of the Labour Act voids such agreements which fetter the right of leave of an employee. A contract is illegal if it violates a statute or is against public policy. As the learned Justice said, it seems that not all agreements that forgo leave are void. Thus, the enjoyment of leave and its cash entitlement must be construed on grounds of public policy and not a blanket voiding of the employment contract. Provided a contract is not contrary to public policy or is expressly prohibited by law, it is possible for employees to waive the right to Leave With Pay because that right in the Act was enacted solely for their benefit. The right to waive a statutory benefit/right granted in a law for the benefit of the waiving party, under conditions which are not prohibited by public policy, has long been established and protected under the Common Law and enforced by the Courts in this jurisdiction.  See the case of Dhalomal v. Puplampu [1984-86] 1 GLR 341 cited with approval by the Supreme Court in Republic vs. High Court, Sekondi; Ex Parte Nicholas Bernard Asare (NO. J5/19/09) dated 20th May 2009.

Undoubtedly, on grounds of public policy, all employees must take some form of leave within the year for rest, health, cater to a new-born baby, etc. Therefore, an interpretation that section 20 creates a mandatory obligation on the part of the employee to take Leave With Pay is inconsistent with the other provisions of the Act relating to leave. Unlike the different forms of leave which are enjoyed based on specific circumstances of the employee, Leave With Pay is not occasioned by any situation and ought to be construed as such. Thus, where the conditions of service or employment contract do not make Leave With Pay mandatory, an employee may elect to waive such a right. This is because in the absence of fraud or undue influence, parties are free to contract on stated terms provided the contract is not contrary to law or public policy. Thus, a mandatory provision for the enjoyment of leave in an employment contract is not a fetter on the right of the employee to elect to forfeit Leave With Pay.

For effective and efficient human resource management at the workplace, employers must ensure that employees take their Leave With Pay within the year. However, parties to an employment contract should be able to make provision for commuting a part of an employee’s leave to cash if the leave days exceed the statutory minimum of fifteen working days. For example, if an employee is entitled to thirty days leave, and elects to take twenty days leave within the year, it should be possible for the remaining ten days to be cashed-out by the employee. This is because the employee has exercised her right under section 20(1) by taking the minimum statutory leave. Such a mechanism or agreement cannot be rendered void by section 31 as the agreement would have satisfied section 20(1) of the Labour Act. This view is consistent with the court’s position that not all agreements to forego leave is voided by Section 31.

Further, where an employee’s continuous leave is interrupted by the employer in case of necessity, section 25(2) of the Labour Act permits the employee to take the leave “anytime thereafter”. This creates the concept of accumulated leave, and so long as the employer has not granted opportunity to the employee to enjoy such accumulated leave earned upon the application by the worker to take this leave, it is not extinguished by time, as it would be inequitable to permit employers to insist that the right to this leave has evaporated by reason of the expiration of time. Thus, where an employee accumulates leave during the course of his or her employment, this may be commuted to cash if the parties so agree or, if the employment relationship ends by reason of termination, resignation, retirement or dismissal. In such a circumstance, Section 31 cannot be invoked to render such an agreement void.

Photo by Steve Johnson on Unsplash

NEWER POSTThe Office Of The Auditor General And Leave Regime In Ghana: A Critique Of The President’s Directive Compelling Auditor-General To Proceed On Leave (1)
OLDER POSTAccumulated Leave in Ghana – Does the Law Frown on It?