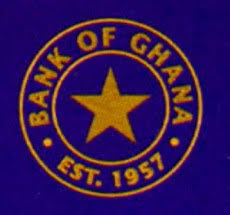 Are the Directors of the Failed Banks in Serious Trouble?

The conversation relating to the August 1, 2018 announcement of the ‘collapse’ and so-called ‘consolidation’ of the five banks[1]went from taking stock of the intensity of what had happened and quickly veered into what ought to be the personal liability of the directors and management involved with these banks.

Over the rest of the week following the announcement, a survey of the now ubiquitous news analysis programs on TV and radio show a strong and growing measure of public angst about what the Central Bank ought to do with regard to the directors and management of the banks. Are they to walk free? If a sample of radio call-in and news media panellists’ views are in any way representative of the general public view, then there is a real call for ‘heads to roll’ and fast!

In this atmosphere of public indignation, it becomes very important that decision making by the regulator ignores this public angst. The reason is that the reality of the collapse of the banks without further proof may be wrongfully played as proof of misconduct. In public comments, the conduct of the bankers have been variously described as a scam, incompetence, fraud among others. It is however recognised as a part of basic corporate governance that business failure, however egregious, is not always proof of conduct violating the law.

Reports suggest that the five CEOs of the banks involved in this controversy face a ‘possible ban from working in the financial sector.’[2]There have also been suggestions for quick prosecution. One is however unable to determine from the cacophonous chorus of the public outcry, the desired or desirable criminal charges to be brought against these persons. It is clear that the likely results of any such action will undoubtedly be grave. Where such extreme measures are deemed necessary to be taken, these must be grounded in a sound appreciation of corporate governance, relevant corporate law principles and the relevant banking rules.

The following five points of explanation seek to explain why the Bank of Ghana must exercise restraint within the scope of the law in consideration of the conduct of the directors, management and shareholders of the five failed banks.

[12]The continuing tussle between the Bank of Ghana, Ambassador Afare Donkor and the CAL Bank Limited is an important case in point.

Kenneth Ghartey is Corporate, Commercial and Insolvency Lawyer and Chartered Valuer. He is Lecturer at the University of Ghana School of Law. He was formerly Senior Lecturer and Head of the Law Department of Lancaster University Ghana. Kenneth's teaching and research includes Company Law & Governance, Commercial Law, Securities Law and Regulation, Insolvency Law and Natural Resources and Environmental Law.
NEWER POSTWho Should Regulate Menzgold – BOG or SEC?
OLDER POSTWhat, in Law, has Happened to the Five Collapsed Banks?