Order 2 rule 4 (2): Some rules may not be handmaidens after all!

Most litigators know this. The rules of cour 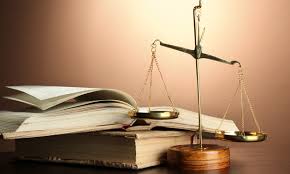 t are simply handmaidens and not mistresses. Whiles this statement may be true to a large extent, the Supreme Court in Standard Bank Offshore Trust Company Limited (Substituted by Dominion Corporate Trustees Limited) v. National Investment Bank and 2 Ors[1] has said that some rules of procedure may well be mistresses after all!

The Court in that case declared a writ to be void on the ground that the writ did not disclose the addresses of some foreign entities on whose behalf the writ was issued.

In the view of the court, the failure of the Respondents to comply with the rule in the High Court (Civil Procedure) Rules, 2004 (C I 47) led to proceedings (before both the High Court and Court of Appeal) being declared a nullity.

(2) Before a writ is filed by a plaintiff who acts by an order or on behalf of a person resident outside Ghana, the writ shall be indorsed with a statement of that fact and with the address of the person so resident.

In this case, the Plaintiff issued a writ on behalf of “certain investors” but failed to give the addresses of these investors.

The Supreme Court speaking through Benin JSC noted that “the provisions of order 2 rule 4(2) of CI 47 are obligatory and it is not one of those provisions which the court is permitted by order 81[2] to waive.”

The court explained that the purpose of the order was to ensure that “foreigners, humans as well as corporate, are in fact in existence and have an address at which they may be reached by the Defendant and the court, if needed.”

“This ensures”, the court continued “that the real identity of the plaintiff is known by the Defendant and the court, lest an imposter should secure judgment only for the real claimant to surface later and saddle the defendant with another suit.”

The court also noted that order 2 rule 4(2) was important in the event where an order or judgment is obtained against a foreigner since the judgment or order could be executed against him in his country of residence.

The court did not accept the argument of the Respondent that the non-provision of the address was something that could be resolved by an amendment. The court insisted that Order 2 rule 4(2) ought to have been complied with before the writ was issued.

[2] Order 81 of the High Court (Civil Procedure Rules), 2004 (C.I 47) provides that non-compliance with the rules of procedures does not automatically lead to a nullity.

Samuel Alesu-Dordzi is an Editor of the Ghana Law Hub.
NEWER POSTWhy entry of Conditional Appearance (without more) will not do!
OLDER POSTOverview: Distribution Of Marital Property In Ghana