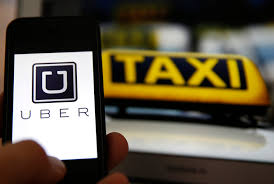 The other challenge with Uber (which flows from a competition point of view) is the inbuilt feature in the Uber App which makes it possible for the App itself to determine fares. According to one commentary on EU competition law, “if Uber was one undertaking covering all its drivers under its umbrella, it will be totally legal to fix a uniform price.” However, Uber drivers are independent actors on the market and the pricing formulae mean that they may be undercutting the market.

Then there is the regulatory pie. In France for instance, taxi drivers are angry at the taxi service because it allows drivers to operate without a French taxi license.  To qualify for a taxi license in France, drivers must complete at least 250 hours of training, a requirement most Uber drivers do not meet. The Paris Prosecutor’s Office is therefore concerned that taxi services are being offered outside the regulatory framework.

Ghana’s challenge is similar to the French challenge. The complaint against the Uber way of providing taxi service is that it enables drivers to operate outside the legal framework. And there is a lot of merit in this plaint.

For starters, Ghanaian law regulates the activities of private drivers differently from commercial drivers. The problem with the Uber model is that it unleashes an army of drivers who are not trained and licensed as commercial drivers onto the roads; making them take on obligations that they have not been prepared for. And it should be a cause for concern.

Taxis are commercial vehicles in Ghana. A commercial vehicle includes a taxi, omnibus, passenger lorry or cargo lorry[1]. A taxi, under Ghanaian law, is a motor vehicle designed and constructed to carry not more than five persons including the driver, used or intended to be used for hire or reward[2]. Uber drivers operate their vehicles for hire and reward. And of course, almost all (if not all) the vehicles used are designed to carry a maximum of five persons. Uber will never deny the fact that it is operating as a taxi service.

Further, the transport law, as pointed out earlier, draws a distinction between private vehicles and commercial vehicles; and prescribes different sets of rules for acquiring licenses and entering into the commercial taxi business.

Then there is the bit about vehicle examination. The law requires that vehicles, irrespective of the use they are put to must be submitted for examination on a regular basis. But here is the difference. Drivers and owners of commercial vehicles must submit their vehicles for inspection and examination every six months[6]. The tests conducted on the vehicles is to ensure that the motor vehicle conforms to the prescribed requirements relating to the construction and condition of the motor vehicle, its accessories and other equipment[7]. Also, the examination ensures that the condition of the vehicle will not result in a danger of injury to persons or damage to property[8]. It is clear that most (if not all) Uber drivers do not submit their vehicles for examination every six months. The requirement to have the Uber cars examined every six months is not answered by any internal vehicle examination arrangement that Uber may have with its drivers.

Then there is the issue of how a taxi should look like. And this has been the centre of discussion for many. A taxi must have a distinctive look for easy identification. The wings of the taxi must be painted in a shade of yellow; and with the approval of a licensing authority, carry a neon sign with the word “taxi” clearly written, visible and fitted at the front end of the roof and display at the right hand side bottom corner of the front windscreen, the taxi’s transport association or the taxi union logo[9].

Uber’s problem is this – it operates a model that sits uncomfortably with the laws of Ghana.  It can be argued that the law is backward. It can be argued that Uber is an idea ahead of its time. All these are legitimate arguments. But as things stand, Uber drivers are clearly operating taxis outside the legal framework. And that is not legal.

Samuel Alesu-Dordzi is an Editor of the Ghana Law Hub.
NEWER POSTThe Special Prosecutor, a New ‘God’ In Town?
OLDER POSTDigital and Virtual currencies in Ghana: Did the Bank of Ghana miss the road?