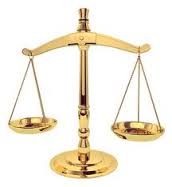 On 26 July 2017, the Supreme Court ruled that the High Court has concurrent jurisdiction with the Labour Commission in hearing cases of unfair termination of employment[1]. This also means that the High Court, just as the Labour Commission, is able to order the reinstatement of an employee (a remedy which previously was said to be unknown to the Courts at Common law).

Amongst other things, he sought a declaration that “the termination of the Plaintiff’s employment by way of redundancy without agreeing with the Plaintiff on the amount of the redundancy pay and the terms and conditions thereof is unlawful and in breach of the contract of employment.”

The Applicant, in disagreeing with the ruling of the Court, asked the Supreme Court to set aside the order of the High Court.

ADB’s lawyer, relying on the decided case of Bani v Maersk Ghana Limited[2], asserted that it was the Labour commission alone which had jurisdiction over matters related to unfair termination.

The Supreme Court also pointed out that its previous decision in Bani v Maerks Ghana Limited was bad law to the extent that it sought to say that only the Labour Commission had the authority to hear matters of unfair termination.

Benin JSC noted, “upon a close [sic] look at section 63 of the Labour Act, it will be noted that the grounds for unfair termination of employment are largely taken from the human rights provisions of the 1992 constitution, and it appears that the legislature was merely seeking to give effect to those provisions.”

He continued: “it would thus be untenable to say that when such provisions are transported into an Act of Parliament, the jurisdiction of the High Court is excluded. That could never have been the intention of the law maker…”

With this decision, a person who alleges that he has been unfairly terminated may either go to the Labour Commission or the High Court.

Samuel Alesu-Dordzi is an Editor of the Ghana Law Hub.
NEWER POSTThinking of Rejecting? Then Do It Quick!
OLDER POSTHigh Court quashes Deportation Order by Minister of Interior