Thinking of Rejecting? Then Do It Quick! 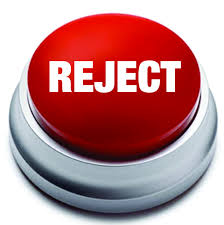 Have you bought an item recently? Is it giving you trouble? Are you still holding on to it? Probably hoping that it may get better? Really? Well, the Supreme Court has news for you. Reject it as soon as you can.

On 27th July 2017, the Supreme Court in the recent case of Pyne Associates v Africa Motors[1] held that the retention of a vehicle by a purchaser for close to a year did not entitle the purchaser to reject the vehicle.

The Plaintiff was a construction company. The Defendant was a dealer in four-wheel-drive vehicles. To cut a long story short, the Defendant sold a brand new Suzuki Vitara XL-7 vehicle to the plaintiff for US$32,000.

The Defendant, on the other hand, argued that it gave the Plaintiff a one-year warranty under which the Plaintiff’s complaints were resolved. The Defendant also pointed out that, in any case, it was late in the day for the Plaintiff to seek to reject the vehicle after it had held on to it for a while.

The Defendant appealed against the decision of the High Court. The Defendant argued that the High Court erred when it held that the Plaintiff was entitled to reject the vehicle. The Court of Appeal agreed with the Defendants. In the view of the Court of Appeal, “the question to pose is, if the Plaintiff noticed the vibration in the body of the vehicle soon after delivery and did not complain but demanded for transfer to be effected in its name after keeping the vehicle for over 6 months, can he turn around to complain and say that as a result of one defect, it was returning it?”

The Court of Appeal answered by saying that “time is a material element for consideration where a party seeks to repudiate a contract where the property in the goods has passed.”

The Supreme Court affirmed the decision of the Court of Appeal. The Supreme Court pointed out that the defects which the vehicle suffered from were not latent defects and could have been easily detected if the Plaintiff had taken advantage of their rights to inspection and examination.

The Supreme Court speaking through Dotse JSC emphasized that “the retention of the vehicle by the Plaintiff from November 2004 until October 2005 before attempting to reject same constitutes acceptance.”

So the moral is: if you are thinking of rejecting, remember you are running out of time. Do it quick!