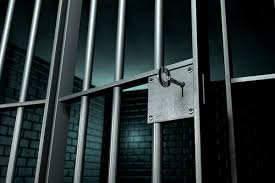 On 7th June 2018, the Supreme Court in the The Republic v Eugene Baffoe-Bonnie and 4 Others (the NCA case) held that on a true and proper interpretation of article 19 (2) (e) and (g) of the 1992 Constitution, an accused person had the right to be given adequate time and facilities for the preparation of his defence. The court also held that an accused person was entitled to facilities to examine in person or by his lawyer, the witnesses called by the prosecution and to obtain the attendance and carry out the examination of witnesses on the same condition as those applicable to witnesses called by the prosecution.

In line with the decision in the NCA case, Her Ladyship the Chief Justice of Ghana has issued a practice direction for disclosure and case management in criminal proceedings which came into force on the 1st of November, 2018. The direction applies to both summary trials and trials on indictment.

The practice direction restates some of the existing procedures required in the conduct of criminal trials. Among these are:

But significantly, the practice directions makes some new introductions to the conduct of criminal proceedings. These have been outlined below:

The overriding objective for the practice direction is to ensure that all criminal cases are resolved fairly, justly, efficiently and expeditiously. Until law reforms are made to bring criminal legislations in line with recent Supreme Court decisions and constitutional interpretations, the practice direction is and shall continue to be a guide in the resolution of criminal cases in Ghana.