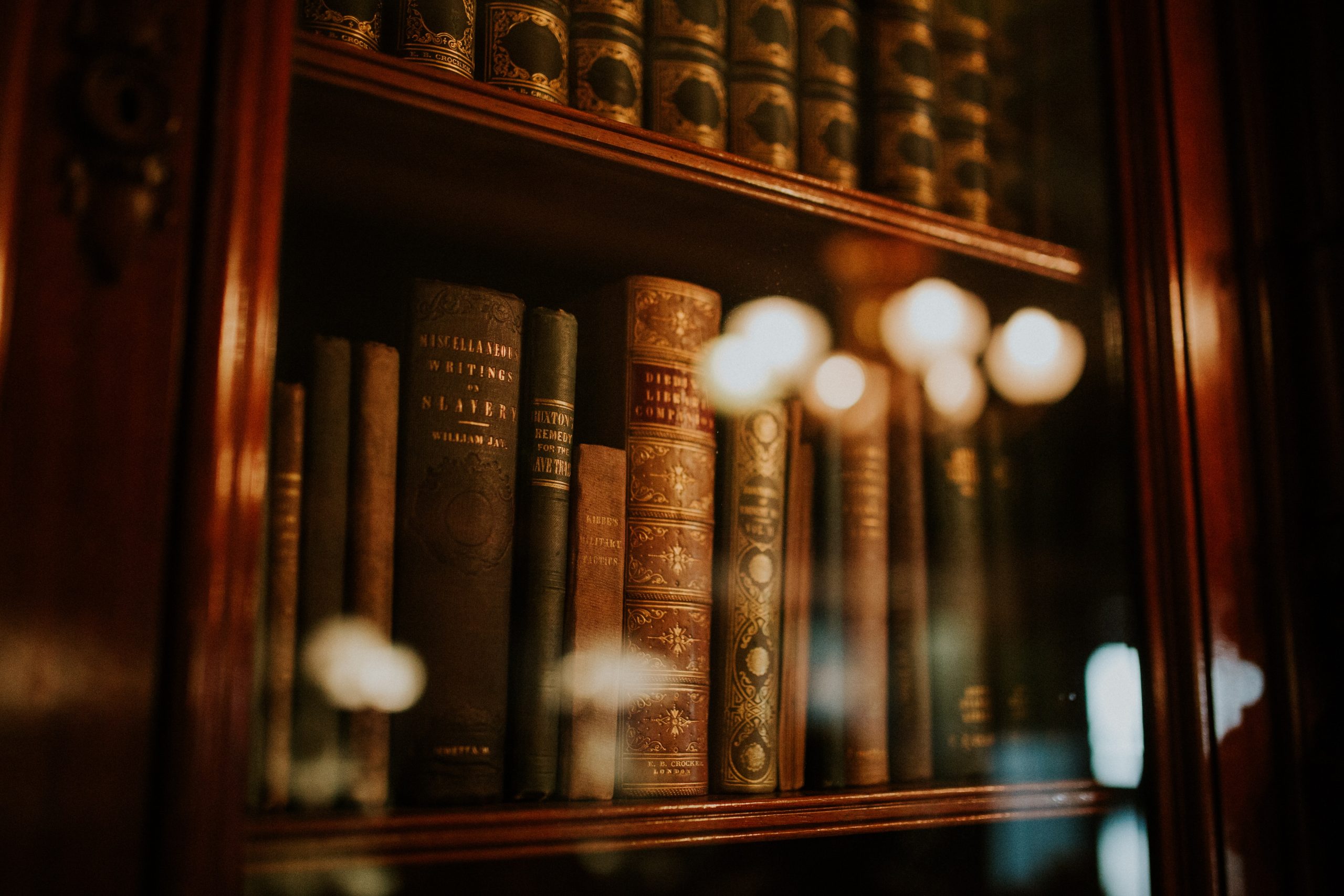 In legal practice, the expression ‘trial de novo’ connotes trying a case afresh as ‘de novo’, a Latin expression, means over again or anew[1]. In the course of proceedings before a court of law, some situations[2] may warrant that cases that may have already begun before one court[3] be put before another court for trial or the same court differently constituted. The question then arises: does the case begin afresh or must the new court adopt the proceedings before the previous court and continue from that point?

It is interesting to note that under Ghanaian jurisprudence, there is no legal provision on the matter in relation to criminal cases. The practice in our criminal courts has been to begin trials de novo. The rationale behind this practice is that the new Judge, and/or the jury[4] must have the opportunity to observe the demeanour of accused person(s) and any witnesses who may have already testified before the previous court. There is also the argument that adopting proceedings in a case where the liberty of an individual is at stake may lead to adopted prejudice as the notes and proceedings of the previous Judge may be filled with their view on the case. On the other side of this rationale is the argument that de novo trials defeat the judicial quest for expeditious trials.

Let us consider the case of The Republic v. Justice Osei Kofi[5] which was before the High Court, Accra. The brief background is that the summary trial of this case commenced on 26th February 2015 before the same court differently constituted. At the end of the case, on 11th July 2019, and before judgment could be delivered, the trial Judge went on retirement. The case was then transferred to the new presiding Judge on 18th February, 2020. It is to be noted that the accused has remained in lawful custody since the commencement of the trial.[6]

To prevent the case from starting de novo, the Prosecution petitioned the Chief Justice on 24th August, 2020 to direct the new Judge to adopt proceedings of the previous judge rather than for the case to start de novo. The aim was to prevent further delays. The Chief Justice through the Deputy Judicial Secretary, in a letter dated 3rd September, 2020 stated that the new presiding Judge had the discretion to adopt proceedings or hear the case de novo. The obvious implication is that although the criminal legislation is silent on whether or not criminal proceedings are to always start de novo, the discretion lies with the Judge before whom such a situation presents itself.

On 15th October 2020 in open court, both sides made arguments to compel the Judge to exercise her discretion in their favour. The Prosecution referred to the case of The Republic v. Mensah Mawusi[7] in which another trial High Court Judge faced with a similar situation ruled that no miscarriage of justice will be occasioned should the court adopt proceedings rather than start de novo. To demonstrate the novelty of his decision and how seriously it strays from the norm, the Judge stated on page 1 of the ruling that ‘when the law and demands up (sic) the time change, the rules of practice and constitution of the law and practice must also change in tandem with the time’.

In the Justice Osei Kofi case, the Judge exercised her discretion in favour of the Prosecution by deciding to adopt the proceedings of the previous Judge. She however gave opportunities for additional legal arguments to be filed although both sides had already filed their closing addresses, a move that is highly applauded.

It is to be noted at this point that in our case study above, only judgement was still pending as both sides had closed their cases.

What stands out in the Indian situation is that the new Judge has the discretion to recall witnesses and take further evidence. This provides a solution to the problem of observing the demeanour of witnesses.

In the Kenyan case of Abdi Adan Mohamed v. Republic[8], the Court of Appeal held as follows:-

As much as it is practically possible it is highly desirable that the trial magistrate or judge must hear the case to conclusion and ultimately render judgment as it is important for the final arbiter to be in a position to weigh the evidence taken together with his or her observation of the demeanour of witnesses.

In Kenya, where a Judge is faced with the situation which is the subject-matter of this article, the Judge is given the discretion, as is in the case of India, to decide whether to recall witnesses or not[9]. Section 200 of the Criminal Procedure Code[10] of Kenya is instructive. For academic purposes, the section 200(1) is reproduced below:

(1) Subject to subsection (3), where a magistrate, after having heard and recorded the whole or part of the evidence in a trial, ceases to exercise jurisdiction therein and is succeeded by another magistrate who has and exercises that jurisdiction, the succeeding magistrate may —

(a) deliver a judgment that has been written and signed but not delivered by his predecessor; or

(b) where judgment has not been written and signed by his predecessor, act on the evidence recorded by that predecessor, or resummon the witnesses and recommence the trial.

In the Kenyan case of Joseph Kamau Gichuki v. Republic NRB [2013] eKLR, it was held that:

“This Court has previously held that section 200 of the Criminal Procedure Code should be invoked sparingly and only in cases where the ends of justice will be defeated if a succeeding magistrate does not continue a trial commenced by his predecessor. Some of the considerations to be borne in mind before invoking section 200 include whether it is convenient to commence the trial de novo, how far the trial had proceeded, availability of witnesses who had already testified, possible loss of memory by the witnesses, the time that had lapsed since the commencement of the trial and the prejudice likely to be suffered by either the prosecution or the accused”.

Consider also the case of Director of Public Prosecution v. Kipyegon Josphat & Others[11] where it was stated that ‘section 200 of the CPC is not a carte blanche license for criminal cases to always start de novo every time a trial court changes. It is a desirable idealistic aspiration. However, like all aspirations, it has limitations. The limitation is what the Court of Appeal set out in the case of Abdi Adan Mohamed v. Republic (supra) The aforesaid limitation include; whether it is convenient to commence the trial de novo, how far the trial has reached, the availability of witnesses who have already testified, possible loss of memory by the witnesses, the time that has lapsed since the commencement of the trial and the prejudice likely to be suffered by either the prosecution or the accused’.

In Nigeria, the law is half-baked. Section 294(2) of the Constitution of the Republic of Nigeria addresses the issue as it relates to judgments pending before the Courts of Appeal and Supreme Court but is silent on Judges in other courts including the High Court.[12]

Rule 25 of the Federal Rules of Criminal Procedure[13] of the United States of America provides that during trial, any judge regularly sitting in or assigned to the court may complete a jury trial if: (1) the judge before whom the trial began cannot proceed because of death, sickness, or other disability; and (2) the judge completing the trial certifies familiarity with the trial record.[14]

It is evident that many jurisdictions have either comprehensive or restrictive legislation on the matter. Why is criminal legislation in Ghana silent on such a matter that affects the expeditious delivery of justice?

To satisfy the constitutional demand for trial within a reasonable time[15], trials de novo must not always be the norm when a new Judge takes over. It is also not sufficient leaving the matter to the discretion of Judges. It is the writer’s hope that the lawmakers consider the inclusion of sound legislation to deal with the envisaged situation in any subsequent amendment to the Criminal Procedure Act, 1960 (Act 30).

[2] In practice, some Judges are transferred and are unable to complete part-heard cases before the date they are to resume in their new courts. Other reasons may be ill-health, resignation or retirement.

[3] These are referred to as part heard cases.

[12] For an in-depth reading on the subject matter as it pertains to Nigeria, please read the well-written review by Peter Olaoye Olalere and Olaniyi Fayomi titled ‘EFFECTS OF ELEVATION OF A JUDGE TO THE COURT OF APPEAL’; 27th July 2018; http://www.spaajibade.com/resources/wp-content/uploads/2018/07/EFFECTS-OF-ELEVATION-OF-A-JUDGE-TO-THE-COURT-OF-APPEAL-Olalere-Niyi.pdf

NEWER POSTCan Samuel Okudzeto Ablakwa (MP) Resign from the Appointments Committee of Parliament? : A Constitutional Perspective
OLDER POSTMaking a Case for the Enforcement of Prenuptial Agreements in Ghana