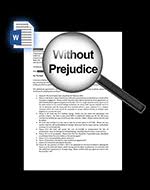 What You Need to Know About “Without Prejudice” Letters

Without Prejudice. This is a label found in letters between two lawyers who are attempting to settle a claim and yet do not wish to have any admission or concession they make in the settlement process used against them later on.

The idea behind “without prejudice” letters is that it is considered as a matter of public policy that parties should be encouraged to negotiate settlements and should not be discouraged by the risk that if the negotiations fail, anything they have said or admitted might be used to their prejudice (disadvantage) in the course of subsequent proceedings[1].

Often, the fact that the parties have decided to communicate or meet on a without prejudice basis is regarded as amounting to an agreement between these parties that those negotiations should not be admissible in evidence[2].

The Ghanaian Supreme Court in Clipper Leasing Corporation v Attorney General & Ghana Airways in Liquidation[3] refused to rely on a “without prejudice” letter. The court noted that “a close reading of the letter… shows on its face that it was written without prejudice. This ought to have sounded a warning to the appellant that the Defendants were not giving up on their legal rights as far as the claims of the Plaintiffs were concerned.”

In Ghana Consolidated Diamonds Ltd v Tantuo[4], it was held that without prejudice letters exchanged between solicitors, parties or both in the course of resolving differences between them were not intended to create any binding enforceable agreements.

It is important to point out that “without prejudice” letters are only effective if they are used in the process of a settlement. In other words, the label can only be correctly applied where the parties are either in dispute or negotiations or where the document/discussions relate to negotiations to endeavour to settle the matter between the parties.

In Dikyi & Ors v Ameen Sangari Industries Ltd[5], Kpegah J noted that in order to rely on the “without prejudice” exclusionary rule, the following must be present: (a) there had to be an imminent or threatened litigation; (b) correspondence or communication had to contain an offer made with the view to the settlement of the matter or promotion of reconciliation; and (c) both parties had to be aware that the words “without prejudice” meant that if any grounds were being conceded, it was only for the purpose of the attempt to settle the matter or reconcile the parties and for no other purpose. 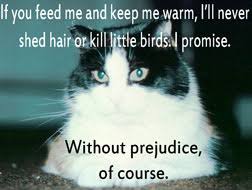 The label cannot, therefore, be used to provide protection where a party distributes a document which contains defamatory comments about another party and which has not been prepared for the purposes of a settlement[8].

In addition to the above, a “without prejudice letter” may be admissible in evidence in the interpretation of a settlement agreement in order to arrive at the true intent of the parties to the agreement.[12].

The key take away is this – there is no magic in the word “without prejudice”. The mere presence of the label on a document will not do. For the exclusionary rule to apply, there must be a genuine attempt at settlement. And long after a settlement has been reached, these letters may be used in determining the true intent of the parties.

[12] Oceanbulk Shipping & Trading SA v TMT Asia Ltd and others [2010] 3 WLR 1424: in this case, Lord Clarke noted that: “As I see it, the process of interpretation should in principle be the same, whether the negotiations were without prejudice or not. In both cases, the evidence is admitted in order to enable the court to make an objective assessment of the parties’ intentions.”

Samuel Alesu-Dordzi is an Editor of the Ghana Law Hub.
NEWER POSTRegulation Is Better Than Cure: A Case for Statutory Rules On Online Lawyer Advertising
OLDER POSTA Case for The Inclusion of Blackmail in The Criminal Offences Act