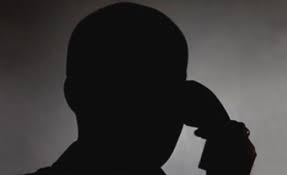 Mr. X, a successful politician after a long day, received a call from a rather strange number. The person on the other end of the line told Mr. X that he has full knowledge of all Mr. X’s sexual escapades with numerous young women across the country. He makes an offer to Mr. X for an amount of fifty thousand Ghana cedis (GHS50, 000.00) to be remitted to him, else he would send pictures of Mr. X’s rendezvous to his wife and the media. Mr. X has two options; to call the person’s bluff and risk being exposed or comply with the offer and remit the amount.

Blackmail is a subject of significant interest to everyone. We could in one way or the other be victim to it. It is defined as “the act of demanding money from someone in return for not revealing compromising information which one has about them”.[1] The crux of blackmail is the intent of the blackmailer to obtain an advantage (usually money) from the victim with threats of releasing the damaging information. The information when exposed could open up the blackmailed person to embarrassment, pecuniary disadvantage or prosecution where such information incriminates the victim in a crime.

With the increasing use of the internet and technology, blackmail is also perpetrated online and is considered as cybercrime in most jurisdictions. It involves the interplay of two rights. The first is the right of a person to seek a pecuniary benefit if he chooses. The second is the right of the possessor of information to disclose such information or keep it a secret if he chooses. A combination of these two rights, however, leads to blackmail.[2] Posner, an American jurist and economist defined blackmail as “an attempt to trade silence for money’’ and likened it to a commercial contract. [3]

To some people, the criminalization of blackmail is paradoxical and incongruous. This is supported by the overwhelming volume of literature on the subject and the proponents are of the view that there is no need rendering illegal what is actually legal (disclosing an information) simply because one threatens to do it. It is however not a prudent idea to legalize blackmail, for it opens the floodgates for people to hawk their right to disclose information.

Why is there the need to criminalize blackmail?

Criminalizing blackmail does not prevent the injurious information from being leaked; it only renders the information gratuitous such that the blackmailer can dispose it of if he so wishes, but can only do so for free through gossip.

Unlike what prevails in other countries, there is no express provision on blackmail in our primary criminal legislation or any other legislation for that matter. The closest one can come to is the provision on extortion. Extortion is criminalized in section 151 of Criminal Offences Act, 1960 (hereinafter referred to as ACT 29). It provides as follows:

(1) A person who extorts property from any person by means of threats commits a second-degree felony.

(2) When used with reference to extortion, “threat’’ does not include a threat of criminal assault or harm to the person threatened.

Threat is defined under section 17(1) as:

By the combined effect of section 151(2) and section 17(1) which defines threat, for threats to be an element of extortion, it must not be one to cause physical harm but be a threat of criminal damage to property, a threat of libel or of slander, a threat that a person shall be prosecuted on a charge of having committed an offence and a threat that a person shall be detained. The only circumstance which could be considered as disclosing information is the threat of prosecution since that would involve divulging incriminating facts against the victim. Section 17(2) was an attempt by the legislator to broaden the meaning of threat. It provided for it to include an offer made to abstain or procure someone to abstain from doing anything the threat of which is a threat under section 17(1). This provision, however, does little to solve the problem.

It would be clearly seen that what constitutes a threat (for extortion) has been circumscribed by the law, and does not necessarily cover all instances of threat generally. This leaves some grey areas. The circumstances under section 17 were preceded by the word ‘’means’’ and not ‘’includes’’ which could have given it a more expansive meaning.

In almost all jurisdictions around the world, a fine line is drawn between extortion and blackmail. Blackmail, though occasioned by threats could also be considered as an offer. On the other hand, with extortion, there is not necessarily any offer implicit in the threat. This is why Posner likened blackmail to a contract.  Also, one difference lies in the act which is being threatened, whilst extortion is the threat to do something which is usually illegal, blackmail is the threat to commit an act which is lawful (i.e. exercising one’s freedom of speech or disclosing an information). For instance, in the scenario given above, the threat is to report to Mr. X’s wife of his adultery, albeit immoral is not a crime for which one can be “threatened” with under section 17, neither does it come under any of the heads provided in that section. If indeed extortion, as defined in the Act, is to cover instances of blackmail, then the scope is too restrictive and not wide enough.

One can also argue that extortion under section 151 may subtly cover blackmail when the provision in section 17 for threat is considered carefully. The section begins with; ‘’in this Act unless the context otherwise requires, (emphasis mine) threat means-………………’’ The phrase emphasized on could lend to an interpretation that what a threat is as used in the Act could depend on the context in which it is used. By extension then, can one safely say that blackmail is captured by the provision on extortion? Wouldn’t that be implying a crime that has not been expressly provided for? Would it not be in contravention of article 19(11) of the 1992 Constitution [5]to prosecute someone for blackmail under section 151 dealing with extortion where the circumstances of threat do not fall anywhere under section 17? In fact, the position in article 19(11) is entrenched by section 8 of Act 29 which provides no one is liable to punishment by the common law for an Act. It is the humble submission of the author that the “context’’ used here is the context as prescribed within the four corners of the Act.

The meaning and scope of blackmail vary from country to country.  In the United Kingdom, the offence of blackmail is codified in section 21(1) of the Thefts Act, 1968. It provides that ‘’a person is guilty of blackmail if, with a view to gain for himself or another, or with intent to cause loss to another, he makes any unwarranted demand with menaces; and for this purpose a demand or menace is unwarranted unless the person making it does so in the belief (a) that he had reasonable grounds for making the demand and (b) that the use of menaces is a proper means of reinforcing the demand’’. Two exceptions are created here and the offence attracts a potential maximum sentence of 14 years imprisonment. The demand need not be express, it could be inferred from the circumstances. Also demand with menaces is proved if the threat might affect the mind of an ordinary person of normal stability.[6] There is no separate offence of extortion in English law. The use of blackmail in the Act is very wide and covers demand accompanied by threat in all forms.

Blackmail is generally considered as a felony in the United States. Some states, like California, consider it as a type of extortion whilst others treat it as a separate offence. It is provided that whoever, under a threat of informing, or as a consideration for not informing, against any violation of any law of the United States, demands or receives any money or other valuable things, shall be fined or imprisoned not more than one year, or both.[7] Similar provisions can be found in the Criminal Code of Nigeria (applicable to the southern part), specifically under the provisions on extortion in sections 407 and 408 which upon examination provide clear instances of blackmail. In Nigeria, the provisions dealing with blackmail is extensive and covers demands made in writing, threat of harm, threat of accusation of crime and any detriment to be caused to the victim.

It is not being asserted that criminalizing blackmail is an antidote to such practice. Of course, there are some practical difficulties with its enforcement.

Due to the fact that the blackmailed person values the preservation of his secret more than what it will cost him to maintain the status quo, such a person is less likely to report instances of blackmail to the police. Also, the victim might have committed a crime for which he would not want to be prosecuted, and the blackmailer, who could even be a public prosecutor, armed with such knowledge wields power. Moreover, if prosecution of the blackmailer is unsuccessful, details of the information might be disclosed anyway and this would render recourse to the law nugatory.

In our part of the world where blackmail is not committed rampantly as is done elsewhere, the resolve to develop an express provision may be feeble. Against the backdrop of the justifications enumerated above, it is hoped that with time, the legislature would take up its mantle and provide for its inclusion in our laws by using adequate language to that effect.

NEWER POSTWhat You Need to Know About “Without Prejudice” Letters
OLDER POSTWhat’s in a Signature?