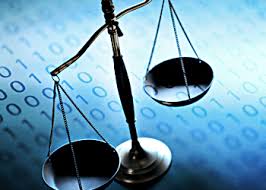 Regulation Is Better Than Cure: A Case for Statutory Rules On Online Lawyer Advertising

The rules on lawyer advertising and touting have generated heated debate both amongst lawyers and the wider public. This can, to a large degree, be attributed to technological and digital paradigm shifts which have changed the way in which people communicate and access information. Ghana, which often lags behind in adopting international trends has been forced to reckon with the inescapably global nature of these shifts and the country’s legal profession is no exception. As the General Legal Council (‘’GLC’’) itself admitted in 2013, “with the upsurge of the internet in the 1990’s, methods of communication the world over have changed for easy and instant access to information on the spot.”[1]

The GLC therefore on the recommendation by the Ghana Bar Association, published the “Guidelines for Lawyers to Create Websites & Place their Profile on the Internet”[2] in 2013 which detail how Ghanaian lawyers may manage their online presence in light of the existing strict lawyer advertising rules. Although these guidelines seemingly represent a positive step towards modernising the lawyer advertising regime, their enforceability may pose a challenge.

The Website Guidelines provide, among other things, that a failure to comply with their provisions constitutes misconduct.[3] The implication then is that a lawyer who fails to comply may face the consequences of misconduct under the Legal Profession Act – suspension or worse, having her name struck off the roll of lawyers.[4] Although well-intentioned, it must be questioned whether, such guidelines have any legal force, particularly because a legislative instrument already exists detailing how lawyers may conduct themselves with regards to online advertising.

The Website Guidelines appear to have been intended to supplement the existing regime on lawyer advertising created by the Legal Profession (Professional Conduct & Etiquette) Rules 1969.[5] The official document released by the GLC introduces the guidelines with the fact that advertising and touting are prohibited and reproduces in full the advertising rules dictated by L.I 613.[6]

L.I 613 governs the ethics by which lawyers in Ghana must practice their profession. Rule 2 of the L.I in particular deals with the area of Advertising and Touting. According to Rule 2, a lawyer is precluded from directly or indirectly seeking instructions from prospective clients.[7]  Additionally, a lawyer cannot volunteer advice to bring a lawsuit except in exceptional cases where ties of blood and affection exist.[8] She is however entitled under the same rule to such personal advertisement as is a necessary consequence of the proper exercise of her profession, but cannot do or cause or allow to be done anything with the primary motive of personal advertisement or anything calculated to suggest that it is so motivated.[9] It is also important to note that the concept of upholding the dignity of the profession, inherited from old English legal tradition largely underpins these restrictions on advertising.[10] So central is the preservation of the dignity of the profession in relation to advertising and touting that it is expressly referred to at Rule 2(2) where the lawyer is required to “uphold the dignity and high standing of his profession and his own dignity and high standing as a member of it”.[11]

These rules, passed into law in 1969 and taking inspiration from the English law of the time, sought to maintain the integrity of the profession and protect the general public from abuse. The drafters however simply could not have contemplated the magnitude by which communication and sharing of information would change. The need for additional guidance in the context of the internet was therefore germane at the time which the Website Guidelines were released.

The guidelines contain a combination of “dos” and “do nots” detailing how a lawyer’s website should look and what information it should or should not contain. They also provide a portal for lawyers to place their profile if they do not wish to create a website of their own. The ninth and final guideline purports to render a breach of any of the other guidelines an act of misconduct. [12]

Prior to the release of these guidelines the Ghanaian legal fraternity found itself in limbo, unsure whether a legal grey area existed which the rules could not possibly have envisaged. This was made worse by the need to stay relevant in an era where any information required by anyone on almost anything could quickly be pulled up through an internet search. Lawyers and law firms found themselves having to compete with international firms whose websites gave much detail to increasingly selective prospective clients and unsure as to whether they could provide important information regarding their practice, which was clearly in demand, to the general public. The guidelines seemingly cleared up any uncertainty by allowing lawyers to finally create websites and profiles which fit the prescribed specifications, except for one problem. The guidelines do not follow the statutorily prescribed mode of setting out rules of ethics and the effect is that a new uncertainty has been created; whether or not the guidelines are of any legal effect at all.

The recent and relatively high profile case of Stephen Asare v Attorney – General [13] gives some indication as to what the answer to this question may be. In this case, the Supreme Court held that administrative fiat simply cannot override legislation.

The Supreme Court in “Asare” admonished the General Legal Council for failing to properly exercise its legally backed mandate to regulate the enrolment of law graduates into the Ghana School of Law for professional training and opting for non-statutory directive instead. The grave consequences of publishing rules which added on to the statute in a manner other than statutory amendment or repeal were seen when the GLC’s orders, in that case, were held to be void.

As Dotse JSC stated in “Asare”,

The power to determine what constitutes misconduct undoubtedly lies with the GLC. This is emphasized by Section 23 of Act 32[15] which in no unclear terms states that

“the General Legal Council may prescribe standards of professional etiquette and professional conduct for lawyers, and may by rules made for this  purpose direct that any specified breach of the rules shall for the purposes of this Part constitute grave misconduct in a professional respect”.

It is in the correct exercise of this power that the GLC has, with the greatest of respect, fallen short. The Legal Profession Act provides the correct procedure through which the GLC should implement rules at section 53 where it states “the General Legal Council may, by legislative instrument, make rules in relation to any matter referred to in this Act as prescribed.” Some interpreters of the provision might be tempted to argue that the use of “may” in this provision, gives the GLC a discretion as to how rules are made. However, in Asare v Attorney General, the use of “may, by legislative instrument” in a similar context at section 14 of Act 32 was held not to be of precatory effect.[16] While the choice as to whether to make rules is discretionary, this discretion must be exercised within the framework provided.

It is clear therefore that the GLC does not have a discretionary power in determining the means by which it makes rules for professional conduct. The law is unequivocal on the point that it must be through a legislative instrument. The constitutionality of the guidelines is also brought into question in light of Article 11(7) which requires “rules, orders or regulations” to be laid before Parliament. An obvious retort to this would be that the guidelines are not intended to constitute a rule, regulation or order. This point would be a fair one if the ninth guideline did not purport to make non-compliance with the guidelines a misconduct. Clearly, the GLC seeks to regulate the online conduct of lawyers on the strength of the ninth guideline.

The guidelines may be unenforceable in law and the potential consequences of this insight are grave. Their unenforceability may render any sanctions that the GLC may mete out based on the strength of the ninth guideline vulnerable to being set aside by an appeal court on technical grounds. If this occurs, the courts will not address the substantive fairness of any GLC decisions regarding this novel and somewhat controversial area of lawyers’ online presence. The whole purpose of the guidelines then, clearing up uncertainty, would have been thwarted.

The GLC may take steps to solidify the enforceability of the guidelines by following the process provided by Article 11(7) of the Constitution and Sections 23 and 53 of the Legal Profession Act. Alternatively, it may decide to wait until the validity of the guidelines is determined by the courts if challenged. It is hoped that the first option is taken.

[2] Ibid. These shall be referred to as the “Website Guidelines” for the purpose of this article.