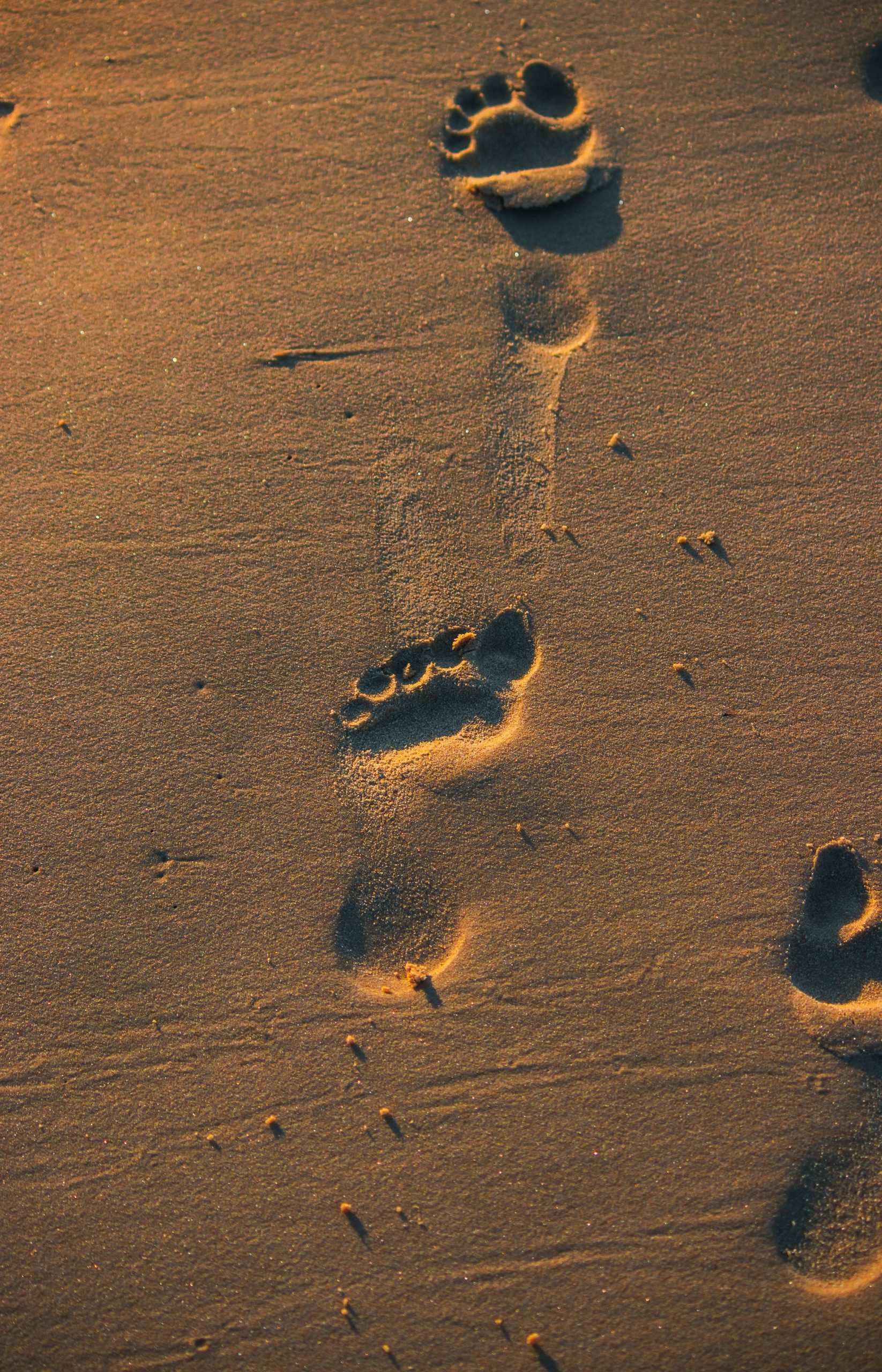 Tracing and Recovery of Assets in Ghana: Has Ghana’s Supreme Court Laid Down A New Standard?

The Plaintiff, a bank incorporated in Nigeria, desirous of expanding its business operations in Chad opened an account with Banque Commercial Du Chad (BCC) which is based in Chad. The Plaintiff deposited an amount of $6,000,000 into the account to meet the minimum capital requirement to open a bank in Chad.

Globally, there has been an upsurge of persons being victims of sophisticated crimes perpetrated through the internet. Credit Card frauds, impersonation, hacking into bank accounts are but just a few of the examples of such crimes.

This article discusses the possible remedies in existing legal regime in Ghana when persons are victimized by such activities and seeks to bring to the fore the recent decision of the Supreme Court of Ghana which, in the opinion of the author, has set a new standard for victims to recover their assets even when the offenders have not been found guilty of any criminal offence.

It has long been established in Ghana’s jurisprudence, which takes its root from the common law of England, that a trustee is deemed to be in a relationship (fiduciary or not) with respect to the properties which he assumes possession of, for and on behalf of the Settlor.

According to Underhill and Hayton Law of Trusts and Trustees 14th Ed,

“A trust is an equitable obligation, binding a person(who called a trustee) to deal with property over which he has control (which is called a trust property) for the benefit of persons (beneficiaries or cestui que trust) of whom he may himself be one, any one of whom may enforce the obligation”

Brobbey J (as he then was) held in the case of Cofie v Forson[1] that,

“To create a trust, there had to be three prerequisites:

Three types of trust have been identified as applicable in Ghana. These are express trusts, resulting trusts and constructive trusts.

Brobbey J in Cofie v Forson (supra) set out the ways by which an express trust may come into force:,

“An express trust might be completely constituted in two main ways: the settlor might either convey the property to trustees or he might declare himself to be a trustee of it”.

In the case of Doe v Opoku-Ansah[2], Aikins JSC, held, in respect of resulting and constructive trusts that:,

A.K.P Kludze in his book, “Modern Principles of Equity” at pages 272 and 273, defines a resulting trust and a constructive trust as follows,

“A resulting trust arises where the owner of property has conveyed it to another person with the intention of creating a trust, but the beneficial interest returns or ‘results’ to the transferor because the trust has not exhausted the entire estate…A constructive trust arises by operation of law as distinguished from the act of the parties. It is a trust imposed by equity…when the circumstances are such that equity would consider it an abuse of confidence for the owner to hold the property for his own benefit.”

“A person in a fiduciary position is not permitted to profit from his position (see Re Biss [1903] 2 Ch 40). The general principle, as stated in the locus classicus case of Re Diplock’s Estate [1947] Ch 716 at pages 744-745, is that whenever there is or has been a fiduciary relationship, the beneficial owner of an equitable interest in property may trace it into the hands of anyone holding the property, except a bona fide purchaser for value without notice whose title is, as usual, inviolable. Once it is not a bona fide purchaser for value without notice who has acquired the land in dispute, the money raised in Korea for the benefit of the 2nd Respondent is traceable in equity to any hand whatsoever and in any form it, or part thereof, has been used to acquire. Therefore, whatever has been acquired by any monies that are proven to be part of the funds from Korea is deemed to be for the benefit of the church.”

Where a trust relationship exists, the courts more often than not, as indicated above, show a favorable disposition towards the tracing and recovering of assets from a trustee on behalf of a beneficiary.

However, what happens if the facts of the case do not meet the conditions required for the imputation of a trustee-beneficiary relationship between the Parties?

3.Fraud and Defrauding by False Pretence

Of course, it is easy to say that in the absence of such a relationship, any person who unlawfully takes the assets of another person will be deemed to have committed the crime of theft, fraud or defrauding by false pretences and as such, criminal sanctions will apply.

In Ghana, section 146 of the Criminal Procedure Code provides that:

“Where any person is convicted of having stolen or having obtained any property fraudulently or by false pretences, the Court convicting him may order that the property or a part thereof be restored to the person who appears to it to be entitled thereto”.

For a Court to make such orders in a criminal matter, there must be a charge of fraud or defrauding by false pretence against the accused person.

Section 132 of the Criminal Offences Act of Ghana provides that:

“A person is guilty of defrauding by false pretences if, by means of any false pretence, or by personation he obtains the consent of another person to part with or transfer the ownership of anything.”

(1) A false pretence is a representation of the existence of a state of facts made by a person, either with the knowledge that such representation is false or without the belief that it is true, and made with an intent to defraud.

(2) For the purpose of this section—

(a) a representation may be made either by written or spoken words, or by personation, or by any other conduct, sign, or means of whatsoever kind;

(d) subject to the foregoing rules, if the consent of a person is in fact obtained by a false pretence, it is immaterial that the pretence is such as would have had no effect on the mind of a person using ordinary care and judgment.”

Now, these provisions can easily be invoked in situations where criminals in Ghana, receive moneys from unsuspecting persons living abroad on promises that they would marry the victims or supply them with gold nuggets.” Where the court holds that these criminals have caused victims to part with their assets under false pretences, the court may order these assets to be released to the victims.

4.The New Wave of Crime Without Theft or Fraud

However, it is not in all cases that victims would have parted with money under false pretenses. There could be situations where the victims have had no prior communication with the criminals and yet their assets have landed in the hands of these criminals. With the advancement of technology has come more sophisticated means by which people perpetuate “fraud” without having any form of direct contact with their victims. In such situations, it would be difficult to say fraud or theft has occurred though assets belonging to the victim have landed in the hands of other person. What remedy has the victim in such circumstances?

The scenario narrated immediately above was the situation which befell Ecobank Nigeria. The case is reported as Ecobank Nigeria v Hiss Hands Housing Agency & Access Bank[5].

The facts of the case are as follows:

The Plaintiff, a bank incorporated in Nigeria, desirous of expanding its business operations in Chad opened an account with Banque Commercial Du Chad (BCC) which is based in Chad.  The Plaintiff deposited an amount of $6,000,000 into the account to meet the minimum capital requirement to open a bank in Chad.

Sometime after the lodgment of the money into the said account, the Plaintiff’s attention was drawn to the transfer of an amount of $2,368,725 from its account to the account of the 1st Defendant’s account with the 2ndDefendant. The Plaintiff thereafter instituted the action for the following reliefs:

The defence mounted by the 1st Defendant was that the transfer, which formed the basis of the claim was made by a business partner who had earlier on been introduced to him by a friend.

The Plaintiff appealed to the Supreme Court.

Nonetheless, the Plaintiff had come to the court seeking justice and the Supreme Court seized the opportunity to make long reaching pronouncements.

The Supreme Court held as follows:

“In the case before us, although we have not made a finding of theft of the money that belongs to the plaintiff but in the 1st defendant’s account by virtue of a fraud, it is right and proper that we accede to the order of restitution contained in reliefs 5 and 6 of the writ of summons herein for the following reasons. The 1st defendant has received an enrichment which came from the plaintiff and there is from the evidence no reason in law for the 1st defendant to keep that enrichment.  The effect is that the 1st defendant has been unjustly enriched from funds that came from the plaintiff. The conduct of the 1st defendant in keeping the money in the face of the evidence that it came to him fraudulently from the plaintiff’s account is to say the least unconscionable. Fraud and theft, in our view stand on the same footing being in their nature dishonorable acts that are perpetrated against the property of others and so we see no reason in principle that can justify a refusal of the restitutionary orders sought from the court. To withhold from the true owner the orders of restitution which are sought in the action herein, would in the circumstances of this case amount to fraud, a conduct which we desire not to condone else we would be undermining public confidence in the administration of justice. The 1st defendant from the undisputed evidence before us in these proceedings became indebted to the plaintiff to the extent of the amount transferred into his accounts held with the 2nd defendant bank. Quality justice, we note is effective justice, which from the circumstances that have unfolded before us dictates a refund to the plaintiff of the disputed amounts”.

From this decision, it is clear that the victim need not plead or prove theft or fraud. All that is required is that one person has been unjustly enriched at the detriment of another person. A plaintiff is not required to prove intent. All she needs to do is to establish that the person unjustly enriched acted dishonorably and against good conscience. Once these conditions are met, the Court will order restitution by tracing the assets which have been lost and ordering recovery of same.

What then are the consequences of this Supreme Court decision? This decision brings hope to persons resident outside of Ghana but who are victims of activities of persons in Ghana, which activities though not criminal, would result in unjust enrichment of the perpetuators to the disadvantage of the victims.

Victims of such activities can seek the remedy of restitution in such situations assured that the court would order the tracing and recovery of these assets. Unconscionable and dishonourable acts may now be treated on the same level as fraud and theft to prevent unjust enrichment, even by a court exercising a civil jurisdiction.

The Writer is the Lead Consultant with Robert Smith Law Group, a boutique law firm based in Accra and assists with the teaching of Civil Procedure at the Ghana School of Law, Makola Campus-Accra. He is also Fellow of the Chartered Institute of Arbitrators.
NEWER POSTThe Lawyer’s Duty of Confidentiality amidst the Covid-19 Pandemic
OLDER POSTThe complexity of Succession in Some Ghanaian Communities & Historical Accounts