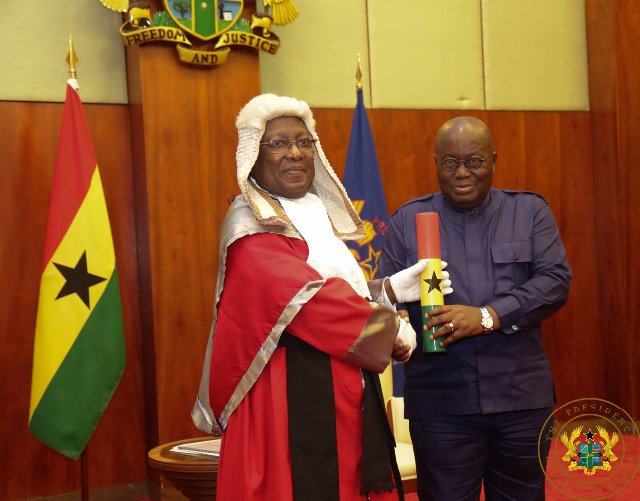 On 4th October 2019, the day on which new lawyers were called to the Ghanaian Bar, the Bar and Bench lost one its brightest light – Justice Anthony Yeboah. I have appeared before him on several occasions. And I have since spoken to others who have appeared before him. And they are all unanimous on one point: he was such a brilliant judge. I remember a colleague making a submission before him and throwing in the words “My Lord, this is a very clear matter”. Mr Justice Anthony Yeboah calmly replied: “Be careful with this. You will never know if a judge is a Scalia or a Sotomayor”- a timely reminder that what the law is, sometimes depends on the judge.

Mr Justice Anthony Yeboah was born in April 1957 in Kumasi. He attended St. Hubert Seminary, Kumasi; and St. Peters Secondary School. He later went to the Kwame Nkrumah University of Science and Technology where he obtained a Bachelor of Arts degree in languages. He also went to the Ghana Law School where he won the overall best student in drafting and conveyancing. He practised with Dadson & Associates; Hayfron Benjamin and Co, and George Sarpong Legal Services, Kumasi. In 2009, he joined the bench as a high court judge.

For the few years before his elevations to the Court of Appeal, he was stationed at the Human Rights Court 2 in Accra. And from his desk emerged some bold and unchallenged decisions which have had significant impact on human rights law in particular and public law in general.

The first of such was Lolan Kow Sagoe-Moses & 6 Ors  v The Honourable Minister & Anor[2]. This case involved an action by a civil society organisation, Citizens Ghana Movement to request documents bordering on a public bus branding deal entered between the Government of Ghana and a private entity, Smartys’ Branding. His Lordship granted the application for the disclosure of the documents. Commenting on the right to information, Mr Justice Anthony Yeboah noted [in response to an argument that there was no inherent right to information in the absence of specific legislation]:

His Lordship would have none of that. In his view, the Electoral Commission was not interested in finding a solution but only interested in the “recitation of challenges as excuses for not performing its constitutional function as assigned under Act 699…”. He brushed aside the Electoral Commission’s argument that it was an independent body and could not be directed by any other person as to how to perform its functions. He noted that:

“the independent status of the [Electoral Commission] does not make it immune from action for declaring that it has exceeded its authority or acted in a manner that having regard to its unreasonableness, irrationality or unfairness cannot be accorded the sanction of legality in view of Article 23 and 296 of the Constitution.”

For him, the courts could intervene in the affairs of the Electoral Commission to ensure that it stays within the boundary of the law. He concluded that the Electoral Commission deliberately and wilfully refused to implement the reforms required to allow Ghanaians living outside Ghana to vote. For him, in just the same way that the exercise of power must be explained, deliberate non-exercise of power must also be explained.  For him, “It appears outrageous for the Electoral Commission to justify its delay and inaction on the ground of want of a solution to the so-called challenges in the face of the available wealth of information on the law and practice of diaspora voting.” And one last quote:

“An administrative body established by law and funded with the resources of the State cannot be allowed to be whistling down the lane, kicking an empty can and telling itself that a decade is not enough to figure out how to comply with Act 699”

Finally, in Addo v The Attorney-General & Anor[5], the applicant was arrested for child pornography and defilement. According to the Applicant, “the police have been uncompromisingly making the effort to ‘access the content of the laptop and mobile phone’ and had on several occasions ‘taken the Applicant together with the said laptop and mobile phone to a number of so-called IT experts in many places in Accra and elsewhere to have them help the Police access the content of the said laptop and mobile phone.’” The key question is whether the police can by themselves search an item or device either used or associated with the commission of a crime (without a warrant issued under the hand of a magistrate). The answer was a resounding “no”. Whiles recognizing that law enforcement agencies have the power to access electronic gadgets for investigating crime, Mr Justice Anthony Yeboah pointed out that in situations where there was no chance of the crime item being lost or tampered with, the right thing to do was to get a warrant under the hand of a magistrate. He went on to assert that:

He went on to say:

“It follows, in my respectful view, that any conduct of the police investigator that has the tendency to undermine the intended and constitutionally-required fair-trial of the suspect or accused ought not to be countenanced as it amounts to inchoate infringement of the right to a fair trial, particularly the presumption of innocence and the right not to self-incriminate.”

“three-tier attempt, first to evaluate the judicial attitude of the Supreme Court of Ghana to the doctrine of political question and social justice within the framework of the DPSP; second, to propose a judicial approach to the management of the constitutional template (DPSP), and third to generate public interest in the project to transform the Ghanaian political state into a free and just society.”

It was his view that Article 13 of the 1960 constitution was an example of a directive principle of state policy in its seminal stage of development and that the Re Akoto & 7 Others case was a lost opportunity in Ghana’s search for social justice and accountability.

The avid jazz and chess enthusiast left behind a wife and five children. Our sincere condolences to his family and may his soul rest in peace.