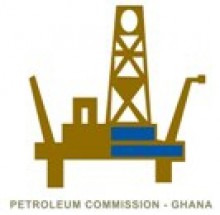 Regulating The Petroleum Industry in Ghana: The Investor’s Dilemma

Prior to the Discovery of Oil in Commercial quantities in Ghana, the Ghana National Petroleum Corporation (GNPC) was the only state institution associated with oil. The enabling Act of the GNPC[1] was at that time hailed to be one of the best pieces of legislation on the regulation of oil and Gas within the sub-region. Under the Visionary leadership of the highly respected, albeit controversial, Tsastu Tsikata, the GNPC made great strides in Ghana’s quest to not only find oil but also ensure that the nation benefits from its discovery.

The role of GNPC was two-fold: it was meant to be a regulator and at the same time a player in the industry. Section 2 of the Act provided for the dual function of promoting the exploration (regulator) and engaging in petroleum operations (industry player). This role seemed to have played out perfectly until oil was discovered in commercial quantities and there was the need for other private entities to enter the field.  Private entities were definitely not going to allow GNPC to engage in the petroleum activities with them and also regulate the industry. There was a need for a decoupling of the role of the GNPC. I believe that it is this agitation that led to the establishment of the Petroleum Commission in 2011[2] to be an industry regulator.

This paper will discuss the problems that the legislative instrument creating the Petroleum Commission has created for investors in the upstream petroleum sector who are more often than not, left confused with regards to which State Institution to go for regulation and assistance in the sector.

The Birth of the Petroleum Commission

The establishment of the Petroleum Commission was hailed by all industry players. The much-touted powers and controls of the Commission were expected to ensure that all companies, foreign and local alike, dealing in the sector will play according to the rules.

The Commission started its work with so much vigour. One of the earliest targets of the Commission was to ensure the passage of the Local Contents Regulations to ensure local participation in the industry. I must say that the provisions of the Act are rather lofty ideas which I hope, as my patriotic instincts will permit to, will be achieved sooner than later.

As had been stated above, the Petroleum Commission was principally established to take away the regulatory role previously played by GNPC.   The provisions of the Act, however, seem to suggest otherwise.

Section 24(2) of the Act states that “six months after the commencement of this Act, the GNPC shall cease to exercise any advisory function in relation to the regulation and management of the utilization of petroleum resources and the coordination of policy in relation to that function.”

Lawyers can safely assume that since the lawmaker expressly used the phrase “advisory function”, all other functions played by the GNPC prior to the passage of the Act, would still be intact and should not be deemed to have been abdicated to the Petroleum Commission.

Other regulatory functions of the GNPC, other than advisory as stated in PNDCL 64, in my humble contention, still remain within the scope and ambit of the GNPC. Those roles have not been taken away by the Petroleum Commission under the legal regime within which it operates.

I do not think that this gap can be filled by the provision in section 24 (3) which will be discussed below. In my humble opinion, if section 24 (3) is invoked to take away all the roles of GNPC, then there would not have been the need for the draftsman to have included section 24 (2) quoted above. In the law of drafting and interpretation, there is a presumption against tautology which will operate to exclude, in this instance, the application of the provisions of Section 24 (3) to the GNPC, as long as section 24 (2) was intended to be given effect to.

The Act went further to attempt to take away the function of any other State Institution in relation to the petroleum industry.

Section 24(3) states that “Subject to other provisions of this Act, a Government agency or authority shall not exercise any function in relation to the regulation and management of the utilization of petroleum resources and the coordination of policies in relation to that function.”

What this means is that no other state institution, including the GNPC, can play any role related to the exploration and use of petroleum and its associated products.

Section 21 of the Act had earlier stated that: “Government Departments and public agencies shall co-operate fully with the Commission in the performance of its functions under this Act.

Both sections read together seem to be a contradiction. In one breadth, other State Institutions are being asked to cease performing any role relating to the regulating of the Petroleum Industry. In another breadth, these same institutions are being asked to corporate with the Petroleum Commission to achieve the role of the regulating the industry. The question is, how can they corporate if they do not play any role?

In any event, if the Petroleum Commission was intended to be given the blanket role of regulating all activities relating to the Petroleum industry, it will make state institutions such as the Environmental Protection Agency and the Ghana Revenue Authority, redundant when it comes to dealing with issues relating to the management of petroleum resources in Ghana.  The Ghana Investment Promotion Center (GIPC) which hitherto was solely responsible for granting immigration quotas for foreign investments in Ghana, now competes with the Petroleum Commission for the “attention” of investors in the petroleum sector for the issuance of immigration (work and residence) permit quotas.

It is my humble opinion that the problem with the current legal regime of the Petroleum Commission is an issue of drafting.  If the necessary amendments are done to iron out the creases and streamline the functions of the Commission vis-à-vis those of other related State Institutions, the nation will benefit from an ironclad legal regime which will serve the best interest of all.

Though there must be an attempt to create an institution which will be a watchdog over our young but thriving petroleum industry, we must be sure not to create a “monster” that we cannot control. If the Petroleum Commission decides to activate all of its powers under the Act there are bound to be clashes with other State Institutions such the GNPC and other the players in the industry. This primarily will be because industry players will have difficulties in determining which state institution to deal with. There could be instances where an industry player could be served with two separate requests or notice of non-compliance from the Petroleum Commission and other State Institution which hitherto had that responsibility.

The Writer is the Lead Consultant with Robert Smith Law Group, a boutique law firm based in Accra and assists with the teaching of Civil Procedure at the Ghana School of Law, Makola Campus-Accra. He is also Fellow of the Chartered Institute of Arbitrators.
NEWER POSTIssuing Disclaimers about Ex-Employees – Legit?
OLDER POSTThe Civil Aspect of Criminal Procedure: Enforcing Restitution Orders in a Criminal Case