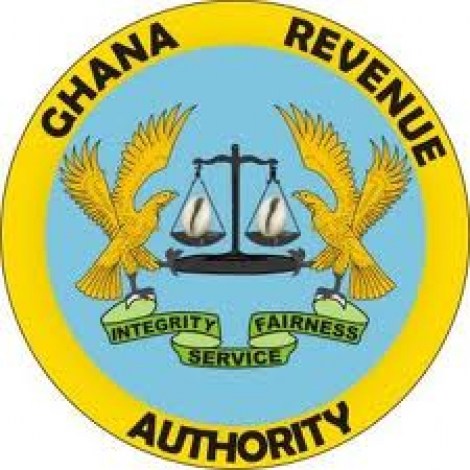 Meeting High Revenue Targets: A Tale of Nothingness and the GRA’s Rush for Fool’s Gold

Every Country survives on taxes. Every person (natural or artificial) is obliged to pay tax on his 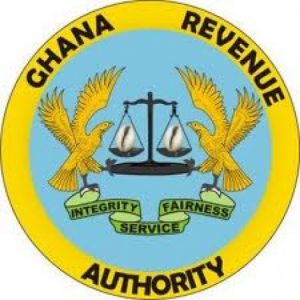 taxable income or revenue.  All across the world, Revenue Authorities have often been entrusted with wide powers for the sole purpose of ensuring that as much revenue is collected on the State’s behalf as is possible.

In Ghana, the situation is no different. The Ghana Revenue Authority (GRA) is charged with the responsibility of collecting tax from individuals and companies.  The Authority consists of the Internal Revenue Service, Customs Excise and Preventive Service and the Value Added Tax Service.[1]

In a similar train of thought, Section 3 of Act 791, outlines the functions of the GRA as among other things the collection of taxes for the Republic with optimum efficiency.

Conventionally, every budget presented to the Parliament of Ghana projects the revenue to be collected by the GRA to support the budget. This projection of the tax, which will accrue to the State, results in the setting of collection targets for the revenue agencies. In 2017, the GRA collected Gh¢ 32.4 billion as against the target of Gh¢ 34 billion representing 97% of the projected tax. The target for the 2018 fiscal year is set at GH¢ 39 billion.[2]

In respect of this high revenue target, the GRA has adopted a colossally aggressive approach to revenue mobilization. Media reportage abounds of offices, shops and factories, which have been raided by officials of the GRA allegedly to collect information and equipment/computers in an attempt to enforce the provisions of the relevant tax regimes.

In as much as the author of this paper admits the wide powers given to the GRA by the various tax laws, the aim of this paper is to remind the GRA of its superior responsibility to ensure compliance with due process and not the abuse of the rights of the taxable populace.

This provision undoubtedly gives the Commissioner–General the right to invade the privacy of a taxable person. It is worth recalling that the provisions of Article 18 of the 1992 Constitution of Ghana which enshrines the right to privacy of citizens provide as follows:

With these two provisions in contradistinction to each other, it is safe to assume that the provision made under Section 33 of Act 915 is so wide as to accommodate abuse of an individual’s right to privacy by officers of the GRA. It is perhaps, for this reason that the framers of Section 33 of Act 915 were sure to include the caveat that the power to have full and free access to business premises and private homes without prior notice is exercisable by the Commissioner-General alone or by any tax officer specifically authorized in writing by the Commissioner-General for this purpose.

A purposive interpretation of this provision means that any tax officer (other than the Commissioner-General) who seeks to invade the privacy of any taxpayer to seize assets of the latter under Section 33 of Act 915 must of necessity have in his or her possession, a document in writing from the Commissioner-General authorizing that officer to invade the privacy and seize the assets of the taxpayer. If any officer refuses, fails or neglects to produce any such authority, the taxpayer has every legal right to resist the entry into his premises (business or home). This assertion is fortified by the provisions of Section 34 of Act 915, which provides as follows:

“(1) A possessor of any premises, place, document or asset to which an authorised tax officer seeks or obtains access under Section 33 may request the tax officer to produce the authorisation for the access.

In the same vein, if a tax officer exercises the powers reserved for the Commissioner General under section 33 of Act 915 without any authority in writing, any step taken by the officer, including seizing of assets and documents, subsequent to this breach of due process, stands to be declared as a nullity by any court of competent jurisdiction.

the tax officer shall apply to a magistrate for an order authorising that tax officer to take any of the actions set out in subsection (2).

A reading of section 88 and section 33 of Act 915 reveals the following differences:

On the application of the provisions of section 88, where an officer of the GRA seeks to enter a premises or place to search and/or seize any document or asset without a prior order of a magistrate, that officer shall be deemed to be acting ultra vires and any action subsequent to that ultra vires action shall be declared a nullity by a court of competent jurisdiction.

D. Seizure of Vehicle by Customs

There has been much talk about the nationwide exercise by the Customs Division to arrest and seize vehicles of which the requisite import taxes have not been paid. The author of this paper is of the opinion that the Customs Act, 2015 (Act 891) does not in any way give the Customs Division the right to seize vehicles that are not prohibited in the country, for non-payment of the requisite import duties after the vehicle has been registered by the Driver Vehicle Licensing Authority (DVLA). This assertion is backed by the provisions of Customs Act.

Section 58 of Act 891, which grants the power of seizure, provides as follows:

Under Section 58 therefore, the power to seize a motor vehicle arises only when the vehicle is a prohibited vehicle, which, is defined as a right-handed vehicle.

A careful reading of Section 124 reveals that the power of seizure in all other cases, by the Commissioner-General to seize is limited to goods only and does not extend to vehicles after same have been registered. Section 124 provides as follows:

From the above provisions, it will be safe to conclude that neither the Commissioner General nor his officers have no power to seize vehicles which have been registered by the DVLA for non-payment of duty because the law presumes that the GRA through its officers whose presence is mandatory for the registration of vehicles, has confirmed that all due duties are paid. It would, therefore, be unconscionable and against the interest of justice to permit the GRA to switch sides and start alleging that the duties required in respect of the vehicle are unpaid.

The Ghana Revenue Authority is a statutory establishment whose actions and decisions are subject to judicial review by the High Court of Ghana.

Hence, if an officer breaches any of the provisions recited above, that action could be susceptible to be set aside by means of a judicial review.

My final words to the GRA are that it ought to ensure the utmost respect and obedience to the law in the performance of their statutory provisions. A default in following the laid down rules and procedures in the various tax regimes puts any decision or action of GRA at risk of being declared a nullity by a High Court upon an application by an affected person. If due processes are not followed, the GRA will end up a “Don Quixote”, in pursuit of nothing.

[1] See the preamble of the Ghana Revenue Authority Act

The Writer is the Lead Consultant with Robert Smith Law Group, a boutique law firm based in Accra and assists with the teaching of Civil Procedure at the Ghana School of Law, Makola Campus-Accra. He is also Fellow of the Chartered Institute of Arbitrators.
NEWER POSTOverview of Ghana’s Deposit Protection Scheme
OLDER POSTOverview of BOG’s Corporate Governance Directives