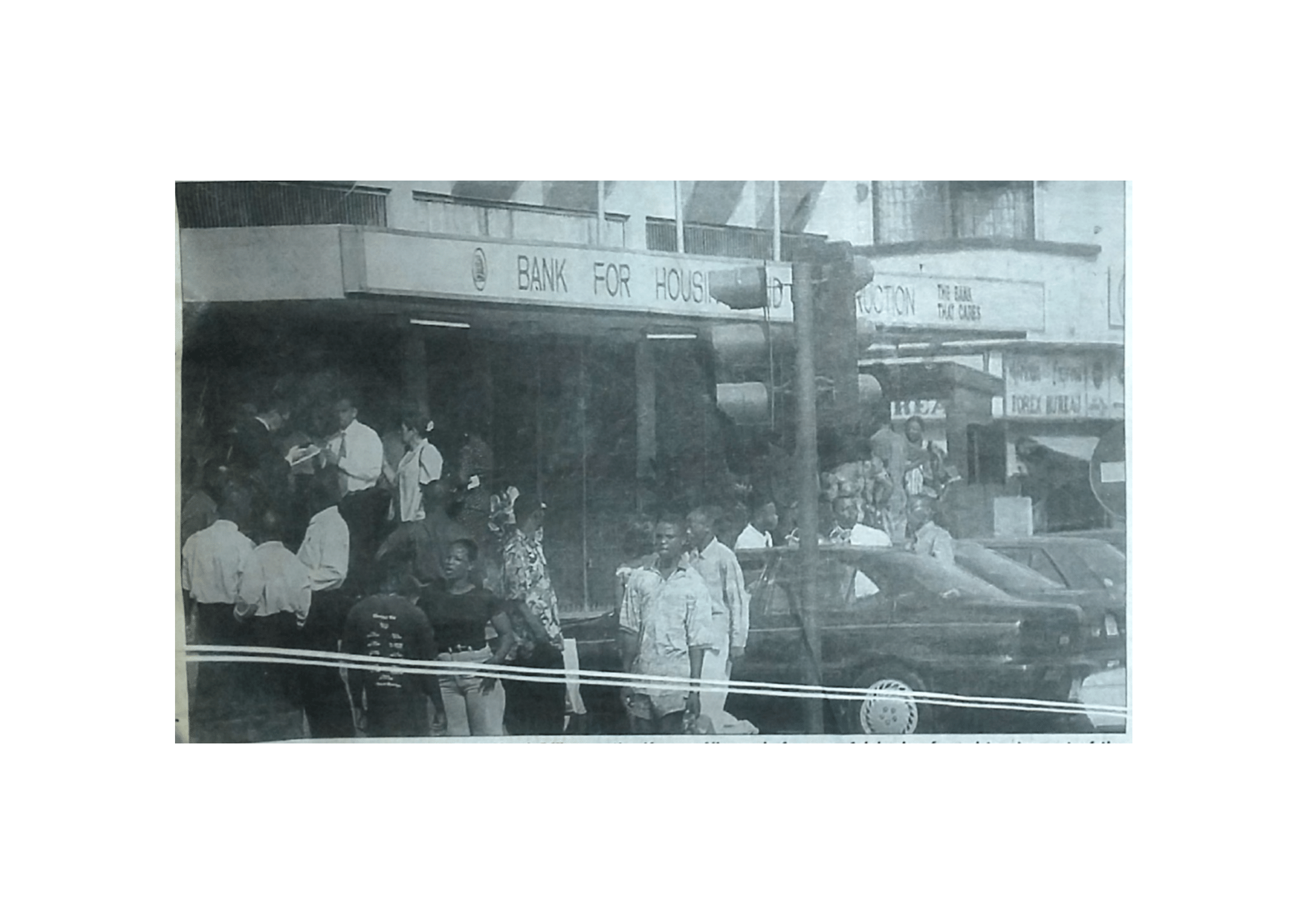 Under Act 180, the liquidator’s role was simply to identify the assets of the banks, sell them and use the proceeds to settle the debts owed to the customers, workers and other debtors. But there was a problem. The assets of these two banks were not enough to take care of the deposits of the customers. For instance, BHC could only pay 68 percent of their customer deposits whilst GCOB’s assets could cover only cover 22 percent of its deposits. This meant that there was a risk that customers will not be paid in deposits in full.

The Jerry Rawlings administration did not have the appetite to follow the strict procedures spelt out in Act 180. What the government was looking for was a quick fix out of this. The government was anxious about the impact of allowing the banks and their customers to fall on their own swords. The government therefore assured the depositors and the workers that their interest will be taken care of following the liquidation of the two banks. Mr. J.K Harlley, who was Acting Registrar-General, and official liquidator of the two banks noted in an interview with the Daily Graphic:

“…In view of the sensitive nature of the two banks and government’s commitment to cushion the effect of the action, it has decided to pay depositor’s claim and workers benefit and entitlement contrary to the provision of the Bodies Corporate (Official Liquidation) Act, 1963 (Act 180)”

Mr. Harlley explained that although under the law, the government was not required to take care of the liabilities of the bank, its interventions were only to alleviate the impact of the collapsed banks. Mr. Austin Gamey, then deputy minister for employment and social welfare also struck a similar note. He stated:

“we share the anxiety of the affected workers and are aware of the likely problems to be faced by the workers. Our immediate response is to do our best within the shortest possible time to ensure that these concerns are addressed.”

So a scheme was drawn up and approved to protect the interest of depositors and workers. Under the depositors’ protection scheme, it was agreed that depositors will surrender their rights of claim to the government in order to have their net deposit balances transferred to the nearest branch of the Ghana Commercial Bank (now GCB Bank) and the Agricultural Development Bank.

The management of the two banks told the Daily Graphic that they were informed of the decision to liquidate the bank at the close of day on Friday, 14 January 2000.  The Trade Union Congress (TUC) was also dismayed at the turn of events and argued that the two banks were improperly liquidated. The TUC, in a statement, noted that “union leaders and management were invited on Friday, January 14, 2000 at 4pm to the Ministry of Employment and Social welfare only to be informed that the two banks were to be closed and that the workers were not to consider themselves as employees by Monday, January 17, 2000.” They protested at the fact that the Government and the Ministry of Finance did not consult them especially when the outcome of the decision was going to have a huge impact on the workforce. There were criticisms along political lines as well. The late J.B. da Rocha, suggested that the haste with which the liquidation was carried out raises the suspicion that strict compliance with the law was avoided for the sake of expediency. He went on to say that:

“Assurances from the right quarters are required to allay public unease and dispel the suspicion and perception that there has been something irregular about the liquidation of the two banks. The speculation is damaging the image of the BOG and eroding public confidence in the whole banking system.”

The Government and the Central Bank stuck by their decision not to notify the workers of the impending liquidation. In justifying the decision not to inform the workers as well as the depositors of the intended action, Mr. Gamey noted that “there could have been panic withdrawals and all kinds of activities which could have thrown the situation out of gear. Besides, it is not prudent to announce the intended liquidation of the bank.”