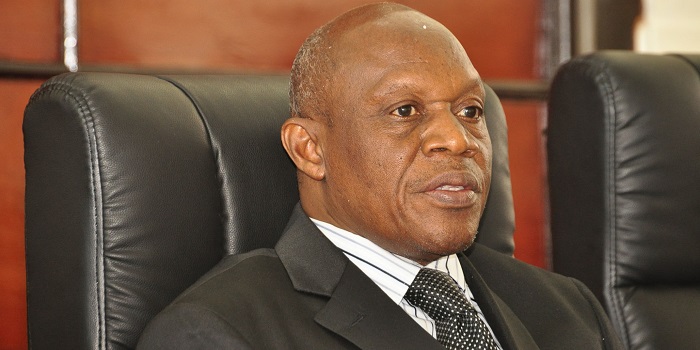 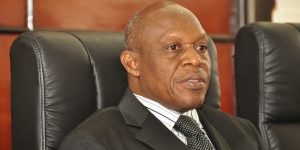 The name “ATUGUBA” became a household name in Ghana following the 2013 Presidential Election Petition. For those in the legal fraternity, and probably for media practitioners, the name had been a household name for decades prior to the election petition in 2013. The private legal practitioner, Magistrate, Prosecutor, Supreme Court Judge and at some point, acting Chief Justice finally retires after nearly 23 years on the bench of the highest court of the land. As at today, only the Chief Justice, Justice Sophia Akufo, with whom he was appointed to the Supreme Court on 30th November 1995, has spent more time in the Fourth Republican Supreme Court than Justice Atuguba.

Justice Atuguba will be remembered for his sense of humour even in the heat of affairs. This was made manifest during the 2013 Election petition which was aired live throughout the country. But the Learned Justice’s sense of humour does not end in the Courtroom; it finds its way into his judgments, giving his readers some good laugh. In the famous of Election Petition, In re Presidential Election Petition; Akufo Addo and Others v Mahama and Others (No. 4)[1]His Lordship, in response to a call to adopt the records on the “pink sheet” had this to say:

The pink sheet or its equivalent in other jurisdictions has been judicially regarded as the primary record of an election.  But no one has given it a conclusive effect…. I am not aware of any judicial University that has awarded or conferred a graduate or doctoral degree on the pink sheet.

Humorous statements of this nature are replete in the judgments of His Lordship which makes its reading interesting. For example, in Okane v Electoral Commission and Attorney General,[2]he described an argument by a Principal State Attorney as suffering from “the virus of acquired immune deficiency of evidence.” In that same case, he described the matter as raising issues of “constitutional virginity”[3]and in New Patriotic Party v National Democratic Congress[4], he described the remedy sought by the Plaintiffs as giving opponent “constitutional vinegar” to drink.

While you can have a good laugh while reading his judgments, you sometimes need a Latin Dictionary in order to fully grasp his reasoning. The Learned Justice is known for his use of Latin maxims without explaining them in his judgment. Indeed, the judgments are for the lawyers to interpret to the clients and the lawyer ought to know his Latin at hand. But if you act inpropria persona, then Lordship cannot help you.

Also unique about the Atuguba JSC’s judgments is his love for long quotations. Those who are familiar with his judgments will indeed notice that Justice Atuguba will prefer quoting the entire headnote of a case than try to summarise it. He feels a better appreciation of the authorities he relies on will help appreciate his decisions. Most of these quotations account for his long judgments even where he is only writing a concurring opinion. The concurring opinions sometimes turn to be longer than the lead judgment which he concurs. Dotse JSC remarked of one such concurring opinions: “the Benediction is longer than the Mass.”[5]

Justice Atuguba is also well known for his dissenting judgments, some of which later became the law. This earned him, among a section of the practitioners, the title Lord Denning, who is known to have given so many dissenting judgments which turned to become the position of the law. In Osei-Boateng v National Media Commission[6]for example, Justice Atuguba’s dissenting opinion that the enforcement jurisdiction of the Supreme Court is separate and distinct from its interpretation jurisdiction was later unanimously adopted by the Supreme Court in Kor v The Attorney General.[7]Similarly, his dissenting opinion in Republic v High Court; Accra ex parte Eyiti[8]that a case struck out can be relisted without a formal application was unanimously adopted by the Court in Westchester Resources Ltd v Ashanti Goldfields Ltd[9]in less than a year.

In one of his last judgments before his retirement, the Learned Justice strongly disagreed with his colleagues that failure to endorse a Writ of Summons with the names and addresses of the foreign persons on whose behalf a person sues renders the Writ a nullity.[10]Indeed, that decision runs counter to a line of cases decided by the same Court on the need to avoid technicalities in order to do substantial justice. This is one of the cases that can properly be described as “taking an unfair or fraudulent advantage of [a] statute”, to borrow the words of the Learned Judge. I join him in advocating that “the decision will soon be departed from in subsequent cases.”

Over 22 years of service in the highest court of the country is an enviable achievement. Twenty years of constitutional interpretation and enforcement, civil and criminal appeals, review and judicial review motions, chieftaincy appeals and references from lower courts, and ultimately of presidential election petition. The constitutional history of this country cannot be written without his name.

We wish the learned Justice well as he retires from the bench and hope that he enjoys his retirement from over 44 years in public service. Let me conclude by also expressing my dissenting opinion with the “master of dissents” in one of his judgments, specifically the Election Petition. I wish to borrow his own words and say that, “I perpetually disagree, with global respect to him”[11]and “with celestial respect”[12]to the extent that he holds that where the number of ballots in the ballot box exceed the number of ballots issued, it is vote stuffing and not over-voting.[13]It is my hope that one day, that decision will also be departed from.

[5]In re Presidential Election Petition (No. 1); Akufo-Addo and Others v Mahama and Others [2013] SCGLR (Special Edition) 1

[13]See In re Presidential Election Petition (No. 4) Akufo-Addo and Others v Mahama and Others [2013] SCGLR (Special Edition) 73 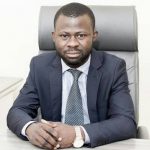 Cletus Alengah is a legal practitioner with interest in litigation and research. He assists in teaching Constitutional law and Administrative law at the University of Ghana Business School.
NEWER POSTOf Stare Decisis and The Supreme Court of Ghana
OLDER POSTEnglish Court Rejects Tullow’s Force Majeure Defence to Contract Termination