Did The Minister for Finance Flout Corporate and Banking Rules for Political Interests? 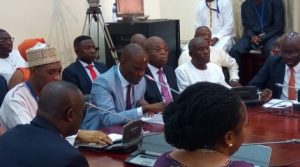 In my view, there are three main issues that arose with respect to the facility, namely:

Whether or not the Minister of Finance exceeded his powers in the absence of a newly constituted Board of Directors in approving the loan? 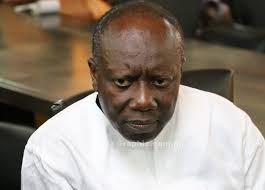 As is customary, a director of a company has a fiduciary relationship to the company and is required to observe the utmost good faith towards the company in any transaction with it or on its behalf.  In performing their duties, directors must ensure that they act within the regulations of the company and adhere to all enabling legislations, which regulate the affairs of the company.

Agriculture Development Bank’s 2015 annual report indicates that the Bank’s Board was made up of nine directors.  The Bank then had two shareholders namely: Government of Ghana, holding 51.83% of the shares and Financial Investment Trust holding 48.17% of the shares. According to a Joy Business report on June 26, 2017 the Bank’s shareholding changed after its initial public offering in 2016. The Bank’s shareholding structure is now: Government of Ghana owning 32.3%; Belstar Capital owning 34.3%; Starmount Development Company owning 11%; EDC owning 6% and Bank of Ghana owning 9.5% of the shares.  The Joy Business report also stated that shareholders had amended regulation 74a of the Bank’s regulations to allow shareholders with a shareholding of 10% to nominate directors to the 9-member Board. Thus, only the Government’s nominees to the Board will be affected by the provisions of the Act 845 because the other shareholders who appoint directors to the board of the Bank are private institutions. Act 845 therefore, does not apply to them.

In addition, it is typical of Banks to have a credit committee made up of some directors of the Board to recommend to the Board the approval of certain credit transactions. The Bank’s regulations may prescribe limitations on the amount of credit the committee or the management can recommend for approval by the Board for an individual customer.  Some minor issues, which may arise in the event that the Bank had a credit committee include:

A reading of the Bank’s letter to the Minister of Finance on June 6, 2016 signed by the Bank’s Secretary, indicates that the Bank’s credit committee “considered and recommended” for approval by the Board, McDan’s credit facility. The wording of the letter suggests that the there is a limitation on the amount of credit the committee may recommend for approval to the Board. Hence, the Bank wrote seeking authorization from its shareholders in the absence of a Board.

“The members must leave the directors to get on with the job. If they make a mess of it the remedy of the members is to sack the board and install another that they can trust. And if the members are not prepared to entrust the board with the exercise of any particular powers (e.g., borrowing in excess of a prescribed amount) these powers can be removed from the directors and vested in the general meeting by a provision to that effect in the Regulations either as originally framed or as altered (though an alteration will, of course, require a special resolution – Section 22.”

Despite the explicit provision of Section 137(3), Section 137(5) allows shareholders to act in the absence of a board. The shareholders at a general meeting may take a number of actions, which includes acting in a matter if the members of the board of directors are disqualified or are unable to act by reason of a deadlock on the board or otherwise (otherwise being the absence of a board)” and “ratify or confirm an action taken by the board of directors”.

Thus, the letter by the Bank to the Minister of Finance seeking approval for the loan was not out of place. The June 6, 2016 letter of the Bank stated that the letter was written to shareholders with significant shareholding to approve the credit facility. In addition, the shareholders by a written resolution may approve the transaction of McDan in accordance with Section 174 of Act 179.

Whether or not the transaction was Ultra Vires.

Whether or Not McDan is Liable for a Breach in the Internal Regulations of the Bank.

The effect of subscription to the regulations of a company according to Section 21(1) of Act 179 is that it serves as a “contract under seal between the company and its members and officers and between the members and officers themselves whereby they agree to observe and perform the provisions of the Regulations, as altered from time to time, in so far as they relate to the company, the members or the officers”. Thus, all acts of shareholders, directors and other officers of the company must conform with the company’s regulations.

The powers exercised by the directors although ultra vires may bind the company where third parties transact with the company in good faith and had no knowledge of the limitations of the directors as prescribed by the regulations. This is known as The Rule in Turquand’s Case.

The rule was given statutory backing in Section 139 of Act 179. In Barclays Bank v Perseverance Transport [1961] GLR 665 the defendant contended that it was not liable to pay for the loan borrowed from the Plaintiff because the borrowing was ultra vires the company and the loan irrecoverable as there was no evidence that it was sanctioned by a general meeting of the shareholders in compliance with the regulations. The court held that the bank did not have to go behind that resolution to investigate the internal workings of the company and to check up whether a general meeting was held or not. See also the case of Boohene v National Savings & Credit Bank [1992] 1 GLR 175.

In my view, McDan is not in a position to know about the internal management of the Bank in granting credit facilities to its customers. It is my considered opinion based on the authorities aforesaid, that the issues raised by the minority are not issues which breach the corporate governance rules under the Companies Act 1963.