Contract law, with illegality of contracts not being an exception is a pure common law borrowing with little or no modification to reflect our constitutional arrangement so far as the literature on the subject is concerned. Contracts cannot be said to be illegal upon a breach of a statute and public policy only; but in the peculiar case of Ghana, the 1992 constitution. Thus, the teaching and learning of the concept in my humble view is stunted. It is moribund. The definition and contours of the subject in Ghana shuts its eyes to constitutionally illegal contracts. The sole focus has been on statutorily illegal contracts and contracts contrary to public policy to the neglect of unconstitutional contracts. The limbs of the concept should thus be: contracts illegal by public policy, statute and the constitution[5].

This piece, divided into two parts will therefore provide a comprehensive understanding of an unconstitutional; or constitutionally illegal contracts and its incidence on the rights of contracting parties. The sole aim is to expand and modernize the teaching and the learning of the law in Ghana so far as illegal contracts are concerned. The literature on the topic should reflect this area of law.

What Are Unconstitutional Contracts?

In Faroe Atlantic, the state of Ghana entered into a power purchase agreement (PPA) with the respondent, Faroe Atlantic. The state appellant breached its obligations under the contract and this caused the respondent to secure a judgment for the award of damages against the state. On appeal to the Supreme Court for the damages awarded by the high court and affirmed by the court of appeal, the apex court held the said contract to be null and void because the said transaction was an international business transaction which required approval from parliament per dictates of Article 181(5). Thus, the formation of the agreement between Ghana and Faroe Atlantic for the generation and supply of power to Ghana was in violation of article 181(5) of the 1992 constitution. The court in the voice of Date Bah J.S.C delivered itself as follows;

“In effect, none of the parties can use it to enforce any obligation upon the other. In the case of a validly subsisting contract, a contracting party could evoke legal principles to enforce it. However, in the particular instance of this PPA, there is an unenforceable contract which is a nullity for non-compliance with the clear and unambiguous provisions of the 1992 Constitution.” [Emphasis mine]

With reliance on Balkan Energy and Faroe Atlantic, the Supreme Court in the Amidu cases[8] declared contracts entered into by the government and other persons illegal for failure to comply with Article 181(5). That is, failure to secure parliamentary approval for the transactions so entered into. Article 268 (1) of the 1992 constitution provides that;

“Any transaction, contract or undertaking involving the grant of a right or concession by or on behalf of any person including the government of Ghana, to any other person or body of persons howsoever described, for the exploitation of any mineral, water or other natural resource of Ghana made or entered into after the coming into force of this constitution shall be subject to ratification by parliament”

Per this provision, a contract or agreement which involves the grant of a right or concession by the state for the exploitation of any mineral, water or other natural resource of Ghana requires approval from parliament.  Failure of same makes such a contract illegal. Failure of such approval for a contract of this nature is an illegality, a constitutionally illegal contract.

Forum for Determining Constitutionality of Contracts

The status of a contract that is illegal owing to the breach of a provision of the constitution may be determined at the Supreme Court where there is the need for interpretation or enforcement of the said provision[9]. Where this is absent, the proper forum is the high court or any other court of competent jurisdiction by law established. Thus, in Amidu (No. 1) v A-G, Waterville Holdings (BVI) Ltd Woyome (No.1)[10] the Supreme Court held its forum to be the appropriate forum to resolve the matter. The evidence lies in the words of Date-Bah J.S.C when he said;

“What is in issue is whether there is a penumbra effect of article 181(5) such that rights and obligations which are devised to enable an evasion of the provision’s duty can equally be nullified. This is a task of constitutional interpretation for this court and not for the High Court. [Emphasis mine].”

In Attorney General v Balkan Energy Ghana Ltd[11] the supreme court had the matter referred to it from the High court pursuant to article 130 (2) of the 1992 constitution. This was because the meaning of 181(5) in the said context had different meanings as espoused by both parties. Had there not been the need to pronounce on the meanings of 181(5), the high court would have been rightly seized with the matter.

In Klomega (No. 2) v A-G & Ghana Ports and Harbours Authority & Ors[12] the court rejected the objection filed against its jurisdiction as it held its exclusive jurisdiction to have been properly invoked. This was because the issue required the interpretation of the constitutional provision in question and not a mere application of same. The words of the court in Klomega as was adopted by Dotse JSC in Dr. Mark Assibey Yeboah v Electricity Company of Ghana & Ghana National Petroleum Corporation & Ors[13] is as follows;

” With the determination of this case, it is now our expectation that article 181 (5) would lend itself to application by the High Court, rather than further interpretation by this court. [Emphasis added]”

The article continues in Part II where it continues with the forum for unconstitutional contracts by providing further explanations by way of an example. It will move on to discuss the doctrine of restitution under constitutional illegal contracts and conclude the two-part article.

** This is article is culled from a yet to be published paper titled, “Illegality of Contracts in Ghana; Filing the Gap”

[5] The 1992 constitution of the Republic of Ghana 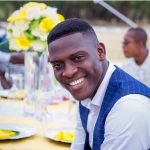