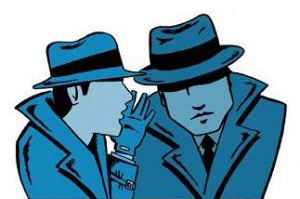 Now that the dust is almost settling on the latest work of investigative journalist Anas Aremeyaw Anas, it is probably time to examine one of the main charges levelled against him. Entrapment. According to his critics, he leads unsuspecting persons on into committing offences they would otherwise not have committed.

The big question therefore is – what is entrapment?

The Oxford Dictionary of Law defines entrapment as deliberately enticing a person into committing a crime in order to secure a conviction, as by offering to buy drugs from him. In the English case of R v Looseley, entrapment was defined by Lord Hoffman as the process by which “the state through its agent [lures] its citizens into committing acts forbidden by law and then seeks to prosecute them for doing so.[1]”

The justification for “entrapment” can be summed up this way – it is hard to tell when a consensual offence is being committed and hence a different investigative approach is required. Lord Nicholls in the Looseley case pointed out that but for the intrusion by the state (and possibly private individuals), “[d]etection and prosecution of consensual crimes committed in private would be extremely difficult.” He goes on to give an example of trafficking in drugs which in his opinion “there is usually no victim to report the matter to the police. And sometimes victims or witnesses are unwilling to give evidence.[2]” The same argument can be made for corrupt practices as well.

The English courts do not recognise entrapment as a defence. Lord Fraser famously added that when Eve, taxed with having eaten the forbidden fruit, replied ‘the serpent beguiled me’, her excuse was at most a plea in mitigation and not a complete defence[3].

This is also not to say that the courts close their eyes to the manner in which the evidence was acquired. The key actor in an entrapment is the agent provocateur. The agent provocateur in some instances may be regarded as an accomplice in any offence committed as a result of this intervention[4].

There are different kinds of entrapment scenarios. The first scenario is where the uncover operative – be it a police or journalist – provides the accused person with an opportunity to commit an offence. This kind of scenario is usually less problematic and the evidence acquired may successfully lead to the prosecution of the accused person. An example of this scenario can be gleaned from the case of Nottingham City Council v Amin[5]. In this case, Mr. Amin owned a taxi which was not licensed to ply for hire in Nottingham. Two plain clothe policemen stopped him, requested his services and when he agreed, the police went ahead to arrest him. In this case, it is clear that the police did not induce him to commit the offence. They only provided him with an opportunity.

Then there is inducement or creation of the offence. This form of entrapment occurs when the police or private individuals goes beyond merely providing an opportunity to commit an offence but induces the commission of the offence. Some of the factors that a court considers in determining whether an offence has been induced include the type of offence under investigation, whether an average person would have been induced by the type of offence under investigation and the persistence and number of attempts made by the police and the type of inducement used[6]. In the case of Nottingham City Council v Amin[7], Lord Steyn pointed out that an accused person should not have been “incited, instigated, persuaded or wheedled into committing the offence.”

In the Canadian case of R v Mack[8], Lamer J drew a distinction between what an entrapment is and what it is not. He notes:

“…consider the situation where a police officer decides he wants to increase his performance in court. To this end he plants a wallet with money in an obvious location in a park, and ensures that the wallet contains full identification of the owner. Someone may walk up, take the money and throw away the wallet and the identification; he would then arrest and charge that person. In my opinion, whether or not we are willing to say the average person would steal the money, this policeman has acted without any grounds, and his conduct carries the unnecessary risk that otherwise law‑abiding people will commit a criminal offence. On the other hand, consider the situation where the police have received many complaints with respect to a theft of handbags in, for example, a bus terminal. If in the course of a bona fide inquiry, the police plant a handbag in an obvious location in the bus terminal and then arrest and charge the person who took the bag, I am of the opinion that this would not be a situation of entrapment.”

In just the same way as there are different kinds of entrapment, different jurisdictions deal with the question of entrapment differently. In the United States of America, entrapment is a substantive defence. This defence is based on the idea that “Congress could not have intended that its statutes were to be enforced by tempting innocent persons into violations.” Some other jurisdictions simply do not consider it as a defence but take note of it in mitigating sentences. In some other jurisdictions, judges are empowered to exclude evidence of an offence where its commission was brought about by unlawful or improper conduct[9].

In Re Salujah[10], Dr. Salujah was charged by the English General Medical Council with serious professional misconduct in respect of an incident in which an undercover journalist entered his surgery and offered him money for a medical certificate so that she could avoid going to work. The exchanges that took place were surreptitiously recorded and transcribed. Dr. Salujah challenged the legality of the process by which the information was acquired. The court turned its head the other way. The court pointed out that there are some disciplinary offences, particularly where the patient had an interest in keeping quiet that would only come to light through the use of techniques such as those in question. In the court’s view “it was difficult to see how the offer of money, albeit with some importuning or pressure, could be said to amount to such misconduct by the journalist as to compromise the integrity of the disciplinary process when the doctor could have refused to provide a certificate or ask the patient to leave.”

R v Shannon[11], the Appellant supplied some grams of cocaine and cannabis worth about 240 pounds to a news of the world journalist posing as an Arab sheikh in an elaborate scheme designed to obtain evidence of drug offences against him. the Appellant raised an objection to the manner in which the evidence was obtained and cried “entrapment.” The English court pointed out that where a defendant sought to exclude evidence on the grounds that he had been enticed to commit an offence by an agent provocateur, the entrapment itself was not sufficient to require the exclusion without careful consideration of further questions arising in the particular case which might affect the fairness of the proceedings.

It is important to point out that even though entrapment is not a defence, in some situations, evidence acquired by way of entrapment may be excluded. In R v Smurthwaite; R v Gill[12], the court noted that in deciding whether to admit the evidence or not, a judge is required to take note of the following: (a) whether the officer was enticing the defence to commit an offence he would not otherwise commit; (b) the nature of the entrapment; (c) how active or passive the police was in obtaining the evidence.