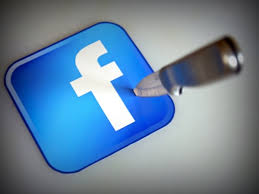 Social Media Can Cost You Your Job

Social Media has come to stay.

We are all busy out there “liking”, commenting, disagreeing, debating, trolling, acting as spoilers, hurling insults, making sarcastic and reckless comments, and so on. While at it, we should bear in mind that the security of our jobs may be at stake.

A popular radio presenter, for instance, lost her job as a result of comments she made on Facebook, following the demise of a colleague. Her Facebook post fell short of calling another colleague a hypocrite. She stated:

“KABA told me about one woman from Multi TV who frustrated him a lot especially when he was on TV. I saw this same woman on Monday with her legs and waist like mine looking all mourning, going up and down just to appear in the cameras and pretending to have lost a loved colleague. Why didn’t she sleep and pop champagne to celebrate news of his demise?”

The local media giant terminated her employment. Then there is the case of some two nurses who were having fun on Facebook live when they were supposed to be attending to their patients. They were also dismissed.

Take away social media for a moment. Employers have always been concerned about their reputation.  Employers want to be perceived as caring and living up to high standards. And of course being politically neutral. Employers want to build team spirit. So an employee whose conduct runs counter to the values of her employer is likely to get the sack. It does not matter if the conduct in question is within or outside working hours.

Social media is no different from radio and television. It is just a step ahead and more accessible.  Which means more of us stand the risk of being fired. But what does the law say?

The case law suggests that an employee is free to do whatever she pleases on social media so long as her activities do not in any way undermine her employer, colleagues, supervisors or the institution as a whole. Sometimes, all it takes is a “like”.

In the Nineteenth Century English case of Pearce v Forster[1], Lopes LJ indicated that an employee may be dismissed if his conduct is “…prejudicial or likely to be prejudicial to the interest or to the reputation of the master…”. The key question in most cases is whether the Facebook post, comment or like is prejudicial either to the master’s interest or reputation.

In one Canadian case[2], an employee posted that his employers business was being run by “crooks” and that they were “ripping off customers”. The employee was sacked. The termination was based on the fact that the employees Facebook comments amounted to insubordination and were damaging to the employer’s reputation.

In another case[3], an employer terminated the employment of an employee who had a personal blog which contained racist and offensive material including photos of a Nazi paraphernalia. The termination was done notwithstanding the fact that there was a formal apology from the employee. The case turned on the fact that the employer’s identity was disclosed on the blog and there was the potential for a negative impact on the employer’s business and reputation by being associated with the blogs offensive conduct.

In yet another case[4], an employee wrote an article entitled “Aliens around the Coffee Table” in which she made mocking remarks about her supervisors, co-workers, and management calling them “imbeciles and idiot savants”. Although the employee used pseudonyms, it was fairly easy to tell who she was referring to. Her employment was terminated. Her co-workers testified that they were offended by the contents of the blog; and as a result, they would have a difficult time working with her.

What should you do?

Think in terms of consequences. Before you post anything (especially work related), think of the likely consequences that your post may have on the reputation of your employer. Ask yourself these questions: will this post be prejudicial (either directly or indirectly) to the interest of my employer? Will this post harm or injure the reputation of my employer in any way?

Don’t think you can seek shelter under euphemisms, pseudonyms, and ambiguities. Think twice before you post any comment on social media regarding a colleague, supervisor or employer. Think twice again before you like any comment which may either directly or indirectly affect your employer’s business relations or reputation.

Find out if your organization has a social media policy. If they do, find out the details. If they don’t, be guided by the rules of courtesy, decency, and discretion. If you are having workplace challenges, the last place you should turn to is social media. Speak to your Human Resource Manager or a counselor.

Samuel Alesu-Dordzi is an Editor of the Ghana Law Hub.
NEWER POSTDigital and Virtual currencies in Ghana: Did the Bank of Ghana miss the road?
OLDER POSTUnderstanding Ghana’s Mining Support Services Regime