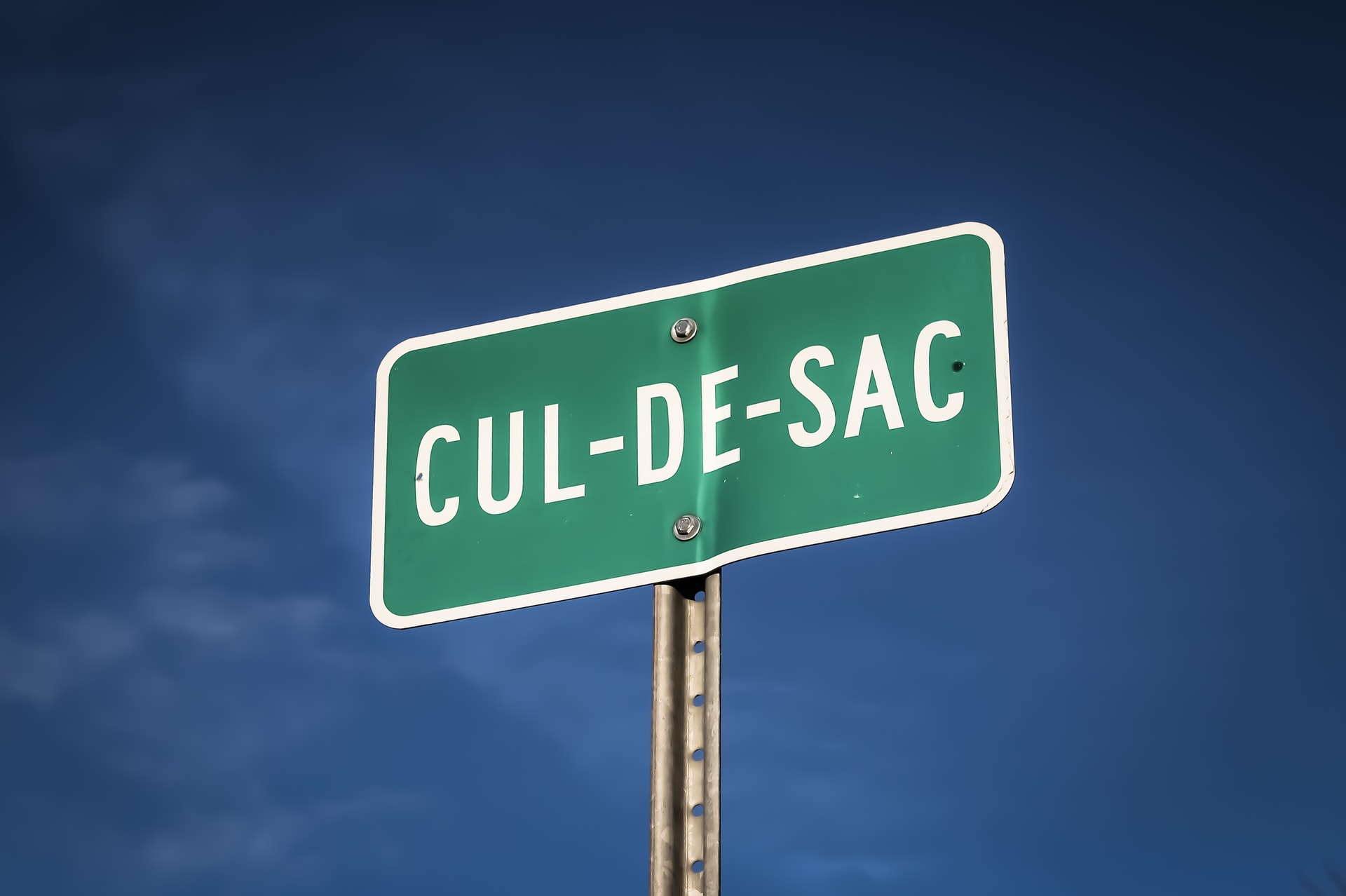 Ever so often, commercial persons have concerned themselves with what they consider the operative parts of contracts they enter into. Typically, boilerplate clauses which are a feature of every well drafted contract have been the preserve of lawyers while matters close to the hearts of contracting parties, like a party’s obligation under a contract and pricing have been the major concern of counterparties.

However, the insurgence of the novel Covid-19 coronavirus coupled with the subsequent declaration/recognition of Covid-19 as a pandemic by the World Health Organisation (“WHO”) has brought this somewhat obscure force majeure clauses to the limelight owing to its implications on contracts. What was previously considered legalese clauses in contracts are now a source of hope for some breathing space, and in some cases, complete respite for a party unable to perform its obligation under a contract.

What is force majeure?

Force majeure is an event which is extraordinary and cannot be reasonably controlled or anticipated.[1] Force majeure clauses are clauses in contracts where parties agree to treat or accept the occurrence of certain events as relieving a contracting party of its obligations to perform a contract.[2] Essentially, force majeure clauses are risk allocation tools by which parties agree to allocate risk on the occurrence of an event or “class of events” which makes the performance of a party’s obligations under a contract impracticable.

What is the effect of a force majeure event?

Once an event falls within the scope or qualifies as a force majeure event, the party in default is  (1) relieved of all or some of its obligations, or (2) from all or some portion of liability arising from the breach of contract. However, the mere fact that an event can be classified as a force majeure event does not mean the force majeure clause has been properly triggered or can be relied on. The fact that a party cannot perform its obligations does not always mean the contract is frustrated

There is a distinction between from the doctrine of frustration and force majeure. Frustration brings a contract to an end while force majeure relieves a party of its obligations, gives the defaulting party an extension of time to perform obligations or suspends performance altogether.[3] Also, frustration comes into play in situations where the parties have made no provision for certain events or when performance would be radically different from what the parties intended at the time of forming the contract.[4] Given the paucity of force majeure disputes in Ghana, we will consider how similar cases have been dealt with in countries with a legal system similar to that of Ghana.

Factors considered in determining whether a party can rely on a force majeure clause.

The six-step approach is illustrated in Seadrill Ghana Offshore v Tullow [2018] EWHC 1640 (Comm) where Tullow hired a drilling rig (West Leo) from Seadrill. Under the contract for hire, Seadrill agreed to provide drilling services to Tullow at a daily hire rate. The government of Ghana claimed ownership over parts of the oilfields where Seadrill would be providing drilling services to Tullow. The Ivoirian government also asserted that some of the oilfields Seadrill was scheduled to work on formed part of its territory. There was therefore a disputed area over which both Ghana and C’ote D’Ivoire claimed ownership.

The court held that since Tullow failed to obtain the necessary permits to operate in the non-disputed area, the order was not the sole operative cause of Tullow’s failure to perform. Further, given that Tullow was required to use its reasonable endeavours to circumvent the force majeure event, Tullow could have explored/drilled other oilfields even though those oilfields were potentially less profitable. This decision is consistent with decisions from the courts of Canada and Australia.

What is the effect of a wrongful declaration of force majeure?

If a party wrongly declares an event as force majeure, simply put, the party cannot derive the benefits of the clause. In other words, the party will not be excused from performing its obligations under the contract. Typically,  a party that wrongly declares a force majeure event would be liable to pay damages to the innocent party to the contract.[5] The fact that the defaulting party genuinely believed the event amounted to a force majeure is not taken into account in compensating the innocent party.

Similarly, in Wal-Mart Canada Corp/ Cie Wal-Mart du Canada v Gerrad Development Ltd [2020] ABCA 149, a contractor sought to (1) rely on delays in obtaining permits and approvals, and (2) the passage of certain bylaws as a force majeure event. The contractor was required to construct a road by a contractually agreed deadline. The contractor could not construct the road by the deadline citing force majeure as the reason for its default. The court disagreed with the contractor on the basis that although the parties did not know that the permits and passage of bye-laws may cause a delay in the construction of the road, delays in obtaining permits and approvals were foreseeable and not something out of the ordinary. Therefore, the contractor could  not rely on these factors as force majeure.

Drafting force majeure clauses in the era of Covid 19

On 11 March 2020, WHO declared Covid-19 a pandemic. Almost a year on and with the advent of the Covid-19 vaccine, the pandemic’s ability to disrupt the world of commerce has reduced significantly. Nonetheless, there is  a greater need to pay more attention to Covid-19 when drafting force majeure clauses now more than ever particularly because force majeure clauses turn on their construction. A party’s adaptability in carefully drafting such clauses to address industry specific challenges bearing in mind the commercial realities of the time is a necessary step in preventing needless invocation of such clauses. Here are some tips to consider –

First of all, depending on your business interest you may want to include or exclude a number of things. If you are a buyer of goods you may want to exclude words like ‘epidemic’, ‘pandemic’, ‘communicable disease outbreak’, ‘public health emergency’, and possibly specifically exclude ‘outbreak of Covid-19’ as force majeure. You can consider excluding disease outbreak of a local nature if you want a party to relieved of its obligations for events that are widespread rather than local or isolated.

Secondly, you may want to consider whether the force majeure clause is triggered when performance is extremely difficult  or set a lower standard, say when performance is commercially unfeasible, impracticable or imprudent. Also, since Covid-19 has been with us for over a year and is reasonably foreseeable you can explore including express provisions on finding alternative supply options. Expressions like ‘beyond reasonable control’, ‘not reasonably foreseen’, or ‘not reasonable avoidable’ can assist in placing a higher obligation on the party seeking to rely on the force majeure clause.

There is a compelling argument to be made that Covid-19 is so well known that it should not be a reason for a  party to renege on its obligations. After all businesses cannot continue to hiding under the umbrella of Covid-19 as a reason to delay in performing its obligations. Just as wearing of masks have become mandatory in Ghana, business persons are expected to (1) know of the existence of Covid-19, (2) know how it affects commerce in general and their industry in particular, and  (3) put in place measures to mitigate the risk associated with doing business during an ongoing pandemic.

In connection with this, rather than adopting boilerplate clause majeure clauses with no-to-slight modifications, parties could conduct a complete overhaul by drafting clauses tailored to meet the needs of their specific industry. For instance, rather than defining all acts of governments as force majeure, parties can explore limiting acts of government relating to their industry as force majeure. This definition will not automatically exclude a global health emergency but will limit the events that a party could potentially rely on as force majeure. An act of government affecting higher educational institutions, without more, may not necessarily have an impact on the construction industry.

Another method of limiting the scope of force majeure clauses going forward would be the introduction of time bound default periods after which the contract can be terminated. Before the expiration of the time bound period, a requirement to regularly update the innocent party on steps taken to mitigate the force majeure event especially where the event is an evolving situation will give both parties an indication as to whether the contract would be terminated or not. If the contract is terminated, the innocent party also has the opportunity to contract with a new party having all the benefit of the shortcomings in performing the terminated contract. The current ICC force majeure amendments suggest a default period of 120 days after which a contract can be terminated. Given that most countries are out of Covid-19 related lockdowns and have relatively eased restrictions, limiting the default period is useful in bringing certainty to commercial contracts. The unique circumstances in every industry can be taken into account in determining what a reasonable and fair default period would be.

Lastly, detailed and clearly spelt out notice requirements for force majeure events helps in putting all parties on notice (on the occurrence of the event) according to the agreed terms of the contract.

Photo by Sigmund on Unsplash

[1] Black’s Law Dictionary (9th edn, 2009) p 718 defines force majeure as “an event or effect that can be neither anticipated nor controlled”

[2] Ibid p. 718 “a contractual provision allocating risk of loss of performance becomes impossible or impracticable, especially as a result of an event or effect that the parties could not have anticipated or controlled. “ 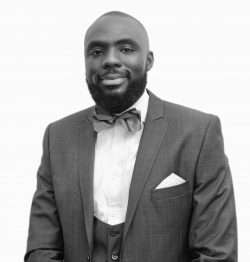 The author is a disputes lawyer with a keen interest in commercial matters and alternative dispute resolution mechanisms. His practice comprises contractual, employment, insolvency, and intellectual property disputes with particular emphasis on arbitration and mediation. He has acted for local and international clients in cross border disputes in a variety of industries including automobiles, financial institutions, broadcasting and media, pharmaceuticals, manufacturing, food and beverage, insurance as well as energy (electricity, petroleum upstream and downstream sectors). He is dual-qualified, called to the bar in England and Wales, and in Ghana.

The author is a disputes lawyer with a keen interest in commercial matters and alternative dispute resolution mechanisms. His practice comprises contractual, employment, insolvency, and intellectual property disputes with particular emphasis on arbitration and mediation. He has acted for local and international clients in cross border disputes in a variety of industries including automobiles, financial institutions, broadcasting and media, pharmaceuticals, manufacturing, food and beverage, insurance as well as energy (electricity, petroleum upstream and downstream sectors). He is dual-qualified, called to the bar in England and Wales, and in Ghana.
NEWER POSTObituary: Kojo Bentsi-Enchill
OLDER POSTWhat Do We Desire/Expect From our Legal Apprentices Otherwise Referred to as Pupils?