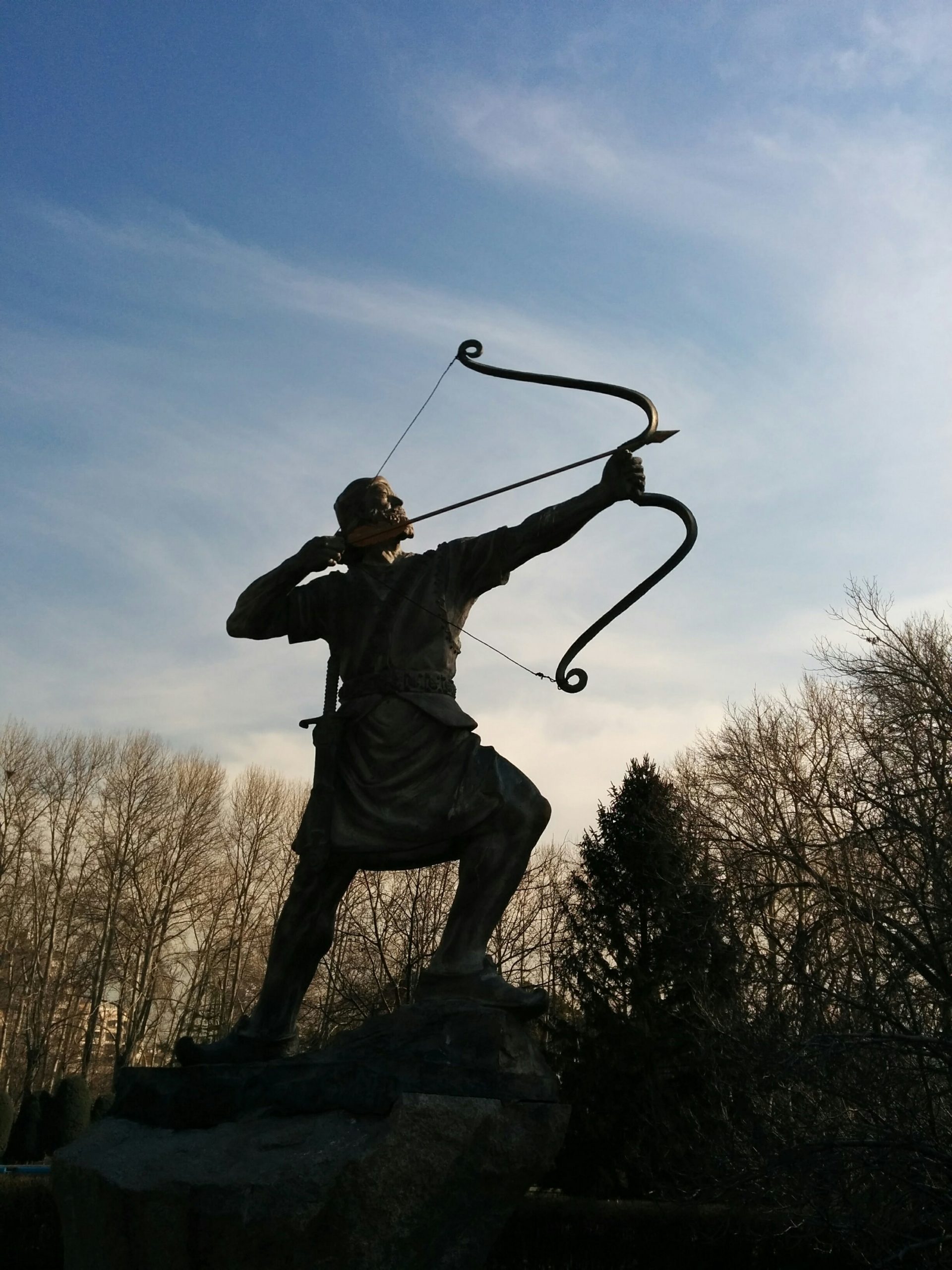 Disputes and in effect litigation, are aspects of life that have been in existence since the days of old. The earliest form of a dispute is seen in the Bible in Genesis Chapter 13 versus 5-8 where a dispute arose between Abram and Lot over who should occupy the land which they found themselves on.

As is common within the practice, there are instances where the pleadings in a suit do not disclose a cause of action against a party, or the whole action was instituted with the aim of litigating a dispute, the merits of which had been determined by a court of competent jurisdiction.

What then can a litigant in that situation do? Are there any remedies available to a party who is being vexed twice? And if there are any remedies how does the litigant access these remedies; so litigation does truly come to an end?

The purpose of this article would be to give a step by step account of what legal practitioners can do when their clients are faced with such challenges. This article will take into account the respective provisions of the High Court Civil Procedure Rules, C.I 47 and the decided cases.

The Courts Jurisdiction Strike Out Pleadings

The power granted the courts to strike out a pleading for not disclosing a cause of action is exercised in two main ways, either under the provisions of the rules of the High Court (C.I. 47) or under the inherent jurisdiction of the court.

Though both means give the same results, the two employ different methods at reaching the desired result.

The inherent jurisdiction is a doctrine of the English common law that a superior court has the jurisdiction to hear any matter that comes before it, unless a statute or rule limits that authority or grants exclusive jurisdiction to some other court or tribunal. In the case of Bremer Vulkan Schiffbau und Maschinenfabrik v. South India Shipping Corporation Ltd[1], Lord Diplock described the court’s inherent jurisdiction as a general power to control its own procedure so as to prevent it being used to achieve injustice.

In the case of Standard Chartered Bank (Gh) Ltd V Western Hardwood Ltd,[2] it was held that aside of its general jurisdiction, a superior court has an inherent jurisdiction to correct its own errors in order to prevent abuse of processes and to ensure convenience and fairness when such errors are brought to its attention, irrespective of who presides over the court. The jurisdiction which is inherent in a superior court of law is that which enables it to fulfil itself as a court of law. The juridical basis of this jurisdiction is therefore the authority of the judiciary to uphold, to protect and to fulfil the judicial function of administering justice according to law in a regular, orderly and effective manner

The High Court is empowered under the rules of Court by Order 11 Rule 18(1) to strike out pleadings in certain situations.

The order reads as follows “The Court may at any stage of the proceedings order any pleadings or anything in any pleading to be struck out on the grounds that; (a) it discloses no reasonable cause of action or defence; (b) it is scandalous, frivolous or vexatious; (c) it may prejudice, embarrass or delay the fair trial of the action; or it is otherwise an abuse of the process of the Court and may order the action to be stayed or dismissed or judgment to be entered accordingly. The order further provides that “No evidence whatsoever shall be admissible on an application under subrule (1) (a).”

On the hearing of an application to strike out a pleading brought under the inherent jurisdiction of the court for disclosing no cause of action, if the application is successful, the court will dismiss an action.

As already stated, though both are similar in effect, there is a fundamental difference between an application to strike out a pleading either under the inherent jurisdiction   of the High Court or under the Rules of Court.

In the case of Okofoh Estates Ltd v Modern Signs Ltd[3] the apex court of the land speaking through Akuffo JSC (as she then was) stated as follows “It, therefore, seems to me that, in view of the clear differences in the established practices and procedures for invoking the two powers, the two cannot be considered to be interchangeable or simultaneous, unless they are both specifically applied for “.

In the Okofoh Estates case supra, the court stated “Consequently, in a situation such as this, where the notice of motion before the High Court made no clear reference to the rule or procedure under which the application was being made, it becomes necessary for the court to ascertain first which of its powers is being invoked and therefore which procedure is to be applied, and the most practical manner in which it will be possible to discern the properly applicable practice will be to examine the specific words used in formulating the grounds for the application.

This principle is further asserted in the case of Asamoah v Marfo[6] where it was held that “The practise is that in an application by motion to a court, it is desirable for counsel filing the motion to indicate the order and the rules of court under which the application is brought. It is, however, not mandatory that counsel for the applicant should state the order and rule under which an application is brought. However, the relief sought must be clear and apparent on its face.”

The Difference in Invoking Either of Jurisdictions of the Court

An application to strike out a pleading as earlier stated may be brought under the High Court Rules, the Inherent Jurisdiction of the Courts or both. The difference, however, is found in the procedure to be applied when invoking the various jurisdictions of the court in respect of the application.

Where an application to strike out pleadings is brought under Order 11 rule 18 (1) (a)i.e.  for disclosing no reasonable cause of action, the application must not be supported by any form of evidence, as such evidence is  inadmissible. The courts of the land have interpreted evidence as used in order 11 rule 18(2) to include affidavits[7]. The courts stated that in such applications the cause of action or lack thereof must be discernible on the face of the pleadings itself.  The reasoning for this is that it must be clear from the pleadings that none of the facts pleaded that shall entitle a Plaintiff to a remedy against the Defendant. The Court in the case of Harlley V. Ejura Farms (Ghana) Ltd[8] speaking through Taylor J( as he then was) stated that “Under the rules, in an application to set aside the writ and statement of claim, the court is to decide the question by examining the said statement of claim and the writ and nothing else. … I only want to make one remark about Order 25 rule 4[9]. It seems to me that when there is an application made to strike out a pleading, and you have to go to extrinsic evidence to shew that the pleading is bad, that rule does not apply. It is only when upon the face of it is shewn that the pleading discloses no cause of action or defence, or that it is frivolous and vexatious, that the rule applies. In this case it is manifest that you must go to extrinsic evidence to shew that the pleading is bad, and directly it comes to that, the rule does not apply”

A cause of action is defined in the case of Davey v Bentick[10] where the court held that for a cause of action to lie, the pleadings must raise some question no matter how small or weak to be decided. This definition is further expanded in the case of Letang v Cooper[11] per Lord Diplock as a factual situation the existence of which entitles one person to obtain from the court a remedy against another.

Now, this may cause some confusion especially where there is more than one paragraph in a pleading under attack. The court has been of some aid in this respect by providing that the applicant may on the face of the motion paper state the offending paragraphs in the pleading which the applicant wishes to have struck out.

This point is further expanded in the case of Harriet Morrison V The Registered Trustees Victory Bible Church International.[12] The court speaking through Gbadegbe JSC stated that it was a procedural lapse not to state the paragraphs the Applicant seeks to have to struck out. He further stated that it was contrary to settled practice not to state the grounds on which the application is being brought. At page 82 of the report, Gbadegbe JSC continued by stating that “the Applicant is required to specify the grounds in the body of the motion paper and not cause the Respondent thereto and indeed the court to search for the grounds from the affidavit in support of the application”.

For practicality sake and in line with the decision in Harriet Morrison(supra), would the same purpose not be satisfied if the would-be Applicant swore to an affidavit highlighting the offending paragraphs which he seeks to have struck out?

This school of thought is appreciated by some justices of the High Court. In the case of Medea Development S.A v Kolak Mining Limited & Anor[13] on the hearing of a preliminary legal objection to an application to dismiss a suit brought under Order 11 rule 18(1)(a)[14]   the Honourable Justice was  of the view that where the affidavit specified the pleadings under attack and no more, the inclusion of the affidavit to the motion paper did not offend the provisions in Order 11 rule 18 (1) (a). The Justice further opined that such as circumstance would be a proper case in which the courts should be guided by the Principle of substantive justice to consider the substance of the application rather than its form.

The Honourable Justice stated” …The Applicant’s affidavit specifies the exact pleadings under attack. I will also concede that the same does no more than specify the pleadings under attack and the grounds for attacking same. It does not invite this court to look beyond the allegations contained in the Plaintiff’s pleadings. I therefore think this is a proper case in which the Court ought to be guided by the principle of substantial justice to consider the substance of the application rather than the form. In other words, 1stDefendant’s application ought not to be thrown out merely because an affidavit has been filed in support of same when the substance of the affidavit is only to specify the pleadings its seeks to have struck out”

Where the application is brought under sub-rules 1(b), (c) and (d) of Order 11 rule 18 affidavits and affidavit evidence is admissible.

Where an application is brought under both the rules of Court and under the inherent jurisdiction, the court is to apply the rules governing the invocation of both jurisdictions in determining the application. In the case of Gbenartey & Glie V Netas Properties And Investments & Other[15]  the apex court of the land speaking through Anin Yeboah JSC (as he then was)  stated that in relation to applications of this nature brought under both jurisdictions that “… when both are invoked together, the court is allowed to receive extrinsic evidence as it has been the practice both under the old rules.”

Once these procedures have been followed, the applicant will be deemed to have properly invoked the High Court’s Jurisdiction with respect to striking out pleadings. 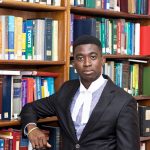