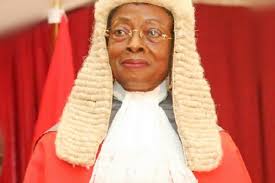 Quite unfortunately, there seems to be a growing notion that Her Ladyship the Chief Justice has not acquitted herself well as the Chief Justice. But it would be the height of dishonesty for any law student, lawyer, jurist or even social commentator to claim Her Ladyship Justice Sophia Akuffo has not been an exceptional Judge. Her reputation as a great jurist is undisputable.

In this piece, I will highlight what I believe has been Justice Sophia Akuffo’s contribution to the jurisprudence of Ghana’s Supreme Court. In doing so, I will make five salient points.

First, I will discuss her admirable ability to dissent. Next, I will consider her clear and concise writing style. Third, I will elaborate on her impact on Ghana’s company law. Then, I will talk about her unique style of analysis. And, I will discuss her preference for substance over technicalities in ensuring speedy and effective justice.

I will conclude the discussion by asserting strongly that despite her shortcomings as the head of Ghana’s Judiciary, she will be sorely missed for her towering intellect, judicial wisdom and beautiful writing style.

Contribution to the Jurisprudence of the Supreme Court

Since announcing her presence on the Supreme Court with her excellent opinion in the case of Okofoh Estates Limited v. Modern Signs Limited[1], Justice Sophia Akuffo has shown without any iota of doubt that she is a judge worth her salt.

Justice Sophia Akuffo is a “bold spirit”[2]. She has never been afraid to dissent where her understanding of the issues before the Court meant that she should part ways with the majority. She exhibited this quality in cases including Republic v. High Court, Koforidua; ex parte Eastern Regional Development Corporation[3], GIHOC Refrigeration & Household Products Limited v. Hanna Assi[4] and Asare v. Attorney-General[5].

But probably her most celebrated dissent is her classic opinion in In Re Parliamentary Election for Wulensi Constituency; Zakaria v. Nyimakan[6]. In this case, the issue before the Supreme Court was whether the Supreme Court had jurisdiction to hear an appeal from the decision of the Court of Appeal on the challenge to the election of a Member of Parliament.

The majority, relying on the Latin maxim, generalia specialibus non derogant which literally means “the general does not detract from the specific”, interpreted Article 99(2) of the 1992 Constitution as overriding the general jurisdiction of the Supreme Court under Article 131 to hear appeals from decisions of the Court of Appeal. This majority decision is what Justice Kpegah, alluding to Antonio’s statement in Shakespeare’s Merchant of Vernice, described as “the devil citing the scriptures to suit his purpose”[7].

In a dissenting opinion that has been hailed by many, including the revered Justice Kpegah, in what eventually became his (Justice Kpegah’s) valedictory judgment[8], Justice Sophia Akuffo held that the Supreme Court had jurisdiction to hear an appeal from the decision of the Court of Appeal on a challenge to the election of a Member of Parliament.

Any good student of Her Ladyship the Chief Justice’s jurisprudence should know about her attention to detail and her skillful analysis of facts and issues. Two of her decisions that typify this attribute are her dissenting opinion in Boakye v. The Republic[9] and her opinion on behalf of the Court in Tuakwa v. Bosom[10].

And deservedly, Tuakwa[11] seems to have gained general acceptance among members of both the Bar and Bench as the go-to case for an analysis on what it means to say an appeal is by way of a rehearing.

Her impact on Ghana’s company law and practice goes without saying. On 19th May 1999, she delivered her opinion in the case of Morkor v. Kuma (East Coast Fisheries Case)[12]. In this case, one of the two main issues turned on whether the Appellant who was a director, shareholder and the chief executive of East Coast Fisheries (the “Company”) was a proper party to an action for the recovery of sums owed by the Company.

In resolving this issue, Justice Sophia Akuffo had to consider whether there “were any circumstances that justified the lifting of the veil of incorporation.[13]” Her Ladyship upheld the time-honoured company law principle that upon incorporation, a company is “a legal entity with a capacity separate, independent and distinct from the persons constituting it or employed by it”[14]. Her Ladyship further explained that “the corporate barrier between a company and the persons who constitute it or run it may be breached only under certain circumstances”[15] in which “the dictates of justice, public policy or the Companies Code [the Companies Act, 1963]”[16] may require. While restraining herself from making an exhaustive list, Her Ladyship stated the circumstances in which the Court may lift the veil of incorporation to include where the company was established to further fraudulent activities or to avoid a contractual liability.

Further in the case Dupaul Wood Treatment (Ghana) Co. Limited & Duffuor v. Asare[17], Justice Sophia Akuffo stated the correct position of the law that “the provisions of section 22 of the Code [Companies Act, 1963; on alteration of a company’s regulations] are not intended to, and do not, enable a company rewrite [the] fundamental aspects of its history”.[18]

Earlier in Adehyeman Gardens Limited & Another v. Assibey[19], the main question before the Court was whether the Plaintiff was a fully paid-up member and director of Adehyeman Gardens Limited. Her Ladyship endorsed the company law principle that the membership of a company is not dependent on whether the member has fully paid for their shares or not. Indeed, she expressly stated that a person’s membership of a company only ceased upon occurrence of any of the eventualities under section 30(5) of Act 179.[20]

Justice Sophia Akuffo is a lover of speedy and effective justice. In her Court, she never allows mere technicalities to restrain her from considering the substance of a case before her. And, one of her favorite dictums is Collins MR’s statement[21] that “the relation of rules of practice to the work of justice is intended to be that of a handmaid rather than mistress”.[22]

In Okofoh Estates Limited[23], Justice Sophia Akuffo did not slavishly follow the Respondent’s objection to the application for certiorari on grounds that the statement of case did not accompany the notice of motion. Guided by her philosophy to do substantial justice between parties, Her Ladyship held that once that Applicant’s grounds for the application were in such a manner as to make the Applicant’s case clear, the objection had to be ignored as being a mere technicality.

In answer to the Respondent’s objection that the Court ought to decline jurisdiction because the application for certiorari had not been headed in the normal manner, Her Ladyship stated that to uphold the objection “will be to take technicalities to an absurd level”[24].

And, in Awuni v. West African Examinations Council[25], she expressed her readiness to entertain the action despite doubts as to appropriateness of the procedure the Plaintiffs used to initiate the action. Her Ladyship observed as follows:

“In this light, therefore, it is the duty of the High Court, and appellate courts, to ensure that, where a person approaches the seat of justice for the protection of his rights and freedoms, the procedural rules of court do not become instruments for obstructing or denying the aggrieved person access to justice.”

It was therefore not surprising when in GIHOC Refrigeration & Household Products Limited[26], Justice Sophia Akuffo joined Justice Professor Modibo Ocran in holding (contrary to the majority opinion) that the Plaintiff was entitled to a declaration of title even though she did not counterclaim for that relief. Justice Sophia Akuffo was eventually vindicated when on review, the Supreme Court reversed its earlier decision.

In pursuance of her love for clarity, she admonished that Judges had “to be more proactive in the pursuit of effective case management by using the application for directions proceeding to hone into sharper definition, and with more specificity, the issues that are admitted for trial”.[27]

To further drive home her philosophy of conciseness and clarity, she stated without mincing words in the case of Smith & Others v. Blankson (substituted by) Baffour and Another[28] at page 385 of the Report that, “It is not by lengthy words and paragraphs that a bad case can be transmuted into a good one.”

And, in Zakaria, the majority stated undue delay as one of the justifications for holding that the Supreme Court had no jurisdiction to hear an appeal from the Court of Appeal on a petition challenging the election of a Member of Parliament. In a robust response to this view, Justice Akuffo observed that the solution to the majority’s concern lay in “effective measures to improve case management, rather than through the supply of words not clearly or by necessary implication furnished by the Constitution, 1992[29].”

Interestingly, the essence of procedural rules is not lost on Justice Sophia Akuffo. In Doku v. Presbyterian Church of Ghana[30], Justice Sophia Akuffo upheld a preliminary legal objection to the competence of an appeal that had been filed almost nine months after the time allowed under the rules. Her Ladyship held that while the Court empathises with the Appellant who represented himself, there was no principle of equity that permitted the Court to ignore the time limits set by the rules and give the Appellant an undue advantage.

And in her concurring opinion in the case of Republic v. High Court, Koforidua; ex parte Eastern Regional Development Corporation[31], she stated that the basic characteristics of civil procedure are threefold – complementary, protective and remedial or practical.

According to her, civil procedure is complementary by functioning “as a vehicle for the actualization of substantive law”[32]; protective by promoting “order, regularity, predictability and transparency”[33]; and remedial or practical by facilitating “sound management of litigation and process efficiency”[34].

Justice Sophia Akuffo walks off the stage at a time when the intensity of her applause has reduced considerably. Admittedly, posterity may not judge Her Ladyship Justice Ms Sophia Abena Boafoa Akuffo, the Chief Justice of Ghana, kindly. But any objective historical account will recount the scholarship, judicial wisdom and memorable writing of Justice Sophia Akuffo, the Justice of the Supreme Court of Ghana.

[2] Lord Denning used this expression to describe judges who were “willing to allow it [a new cause of action] if justice required it” in his celebrated dissent in the case of Candler v. Crane, Christmas & Co. [1951] 2 KB 164.

[20] The eventualities stated are where there is a valid transfer of all the shares held by the member; where all the member’s shares are transmitted to another person by operation of law; where the shares are forfeited for non-payment or calls; or where the member dies. 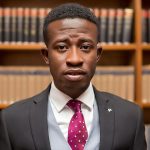 The writer, Kwasi Danso Amoah, is a lawyer with special interest in corporate and commercial litigation, commercial arbitration and constitutional jurisprudence.