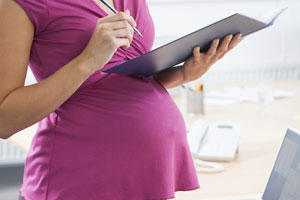 The High Court, Accra, Human Rights Division presided over by His Lordship Anthony K. Yeboah J.A, in The Commissioner, CHRAJ & 2 Ors Vrs Ghana National Fire Service & Attorney-General[1], declared that Regulation 33(6) of the Conditions of Services of the Ghana National Fire Service (GNFS)[2]which required employees of the GNFS who were women to defer pregnancies until three years after their employment to avoid dismissal, is discriminatory and in effect, unjustifiable, illegitimate and illegal.

The court was of the view that the ICCPR[3]and CEDAW have provisions which proscribe discrimination. Additionally, under article 17 of the Constitution, 1992, both “equality before the law” and“protection from discrimination”are assured as fundamental human rights or freedoms with the impugned grounds for discrimination set out in the Article as “race, place of origin, political opinions, colour, gender, occupation, religion or creed”. In sum, both under international law and our constitutional law, the right to non-discrimination or freedom from discrimination generally and, particularly, on the ground of gender is acknowledged and protected. Interference with this right must, therefore, be justified, objective and legitimate.

The Court found that (1) the 2ndand 3rdApplicants are women who are protected under article 17 of the Constitution, 1992. They are not to be discriminated against on the ground of their gender or sex. The right to family includes their right to be pregnant and they are entitled to the right to choose when to become pregnant. The court was further of the view that the women have been subjected to adverse treatment as unlike their male counterparts, the 2ndand 3rdApplicants are to suffer dismissal from employment if they become pregnant three years into their employment. Regulation 33(6) adversely affects their marriage and sex life during the first three years of employment and the reason for the adverse treatment can only be on account of their gender.

The court thus rejected the argument of the GNFS that the condition of female employees’ bodies may not be conducive for vigorous physical training necessary in the first three years of employment if they become pregnant. According to the court, the differential or adverse treatment given to the women by the GNFS is neither reasonably justified nor legitimate as dismissal cannot be plausibly said to be for the protection of the woman employee.

[2]Regulation 33(6) of the Conditions of Services of the Ghana National Fire Service (GNFS)“A female employee shall not be dismissed on the ground that she is pregnant provided she has served the first three years.”

NEWER POSTLook before You Leap
OLDER POSTTuffuor v Attorney-General: The Man Behind the Controversy (2)