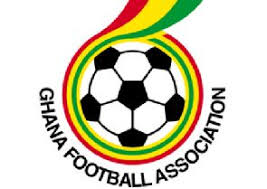 Can the government dissolve the GFA?

On June 7, 2018, the Government through its Minister of Information issued a press release stating that the “…Government has decided to take immediate steps to have [emphasis] the GFA dissolved”. This statement was issued on the back of Anas Aremeyaw Anas’ documentary, Number 12 which unearthed massive corruption in football administration in Ghana between football administrators, referees, match commissioners, and officials of the National Sports Authority.

This move has got a lot of people talking. The fundamental question on the minds of many is whether the government dissolve the Ghana Football Association.

Government interference or attempted interference in football administration is not new. There are so many instances of governments intervening in the administration of football on the African continent. But in all of these, you will find out that those governments were targeting the executive committee or the topmost decision-making body of the football association. The Ghanaian government’s approach, in this case, is unique as it seeks to dissolve not the executive committee of the football association; but the association itself (i.e. the legal vehicle).

This piece examines whether the government can dissolve the Ghana Football Association.

What is the Ghana Football Association?

Article 2.1 of the Ghana Football Association (GFA) Statute states that the football association is a private organisation of an associative nature incorporated under the Companies code, 1963 (Act 179). The legal nature of the GFA is repeated in Article 14.1 of the statute. The GFA has as it members, the clubs of the premier division, division one, regional leagues, division two, women’s football, third and fourth division as well as juvenile football. Like many charitable associations, the GFA is a company limited by guarantee[1]. Like all companies, the GFA is regulated by Act 179 and as well as its statute. In addition, the GFA has numerous laws which regulate its affairs on a daily basis[2].

A company limited by guarantee does not issue shares to its members, rather the members each agree to pay a fixed amount[3] should the company be wound up or become insolvent. This is in stark contrast to the liability of members of limited liability companies who have to provide a minimum capital for the operation of the company.

Companies limited by guarantee are only appropriate for charitable or educational purposes, rather than for commercial ventures. In Ghana most non-governmental organisations, associations and clubs are registered as companies limited by guarantees. Under Act 179, a company limited by guarantee cannot carry on business for the purpose of making profit[4]. Thus, where such companies make surpluses out of their activities, such surpluses cannot be distributed as dividends to members of the company.  The company can only reinvest the surplus towards furthering its objects[5]. This is to prevent shady businessmen from evading the minimum capital requirements required by Act 179 for the operation of a business.  Where such a company carries on business for the purpose of making profits, the members and officers are liable to a fine of GH¢300 for each day during which the company carries on that business.

Although the GFA receives subvention from the Government, the status of the association does not change from a private entity incorporated under the laws of Ghana to a public company or parastatal. In Rockson v Ghana Football Association[6], the Supreme Court held:

The GFA is a voluntary association even though it may receive subventions or grants from the National Sports Authority under section 4 (1) (i) of the Sports Act, 1976 (SMCD54). The statutes of GFA is definitely not an Act of Parliament and nothing in the statutes of the GFA made at its Congress on 1 December 2005 suggests that the GFA is a statutory body nor were its statutes made under the authority or power conferred by this Constitution.

How can company limited by guarantee be dissolved?

Generally, under Act 179, the GFA can only be wound up either by Official Liquidation under the Bodies Corporate (Official Liquidations) Act, 1963 (Act 180) or by Private (Voluntary) Liquidation[7]. Under both methods, two terms are prominent: winding up and dissolution.

Winding Up of a company involves the process of settling accounts and liquidating the assets of a company. Under winding up, a liquidator will be appointed who collects all the assets, pay the debts of the company and where applicable distribute any surplus arising out of the process. On the other hand, dissolution involves the formal pronouncement by the Registrar of Companies that the company no longer exists and has been struck of the register of companies and the public has so been notified in the Gazette.

For a company to be wound up privately, only the directors and members can do so by a declaration of solvency certifying that the company is able to pay its debts and liabilities in full within a period not exceeding twelve months from the commencement of the winding up[8]. Under official liquidation, a company can only be wound up in four ways: a special resolution of the company; a petition addressed to the Registrar; a petition to the Court; or a conversion from a private liquidation[9].

Pursuant to Section 4 of Act 180, the Registrar of companies, creditor, member or the Attorney-General can petition the court for a company to be wound up on grounds that “the business or objects of the company are unlawful, or the company is operated for an illegal purpose, or the business being carried on by the company is not authorised by its Regulations…”

In R v. Registrar of  Companies, Ex parte Attorney-General[10], the Attorney-General of England applied to quash the incorporation and registration by the registrar of companies which had prostitution as one of its objects. The Queens Bench Division of the court held that where a company is registered with the object which involves the entering into immoral and illegal contracts, the court will grant judicial review of the registrar’s decision to register the company and would strike it off the register of companies.

The provisions of Act 180 which would justify the unwinding of a company are not applicable to the GFA since it cannot be argued that the GFA was set up for an illegal or illegitimate purpose.

In addition, Act 180 provides that the Registrar, by reference to personal knowledge, or on information supplied by any officer, member or creditor of a company has reasonable cause to believe that the company is not carrying on business or is not in operation strike off the name of company off the register if, after a period of time, the Registrar determines that the company is not in operation[11]. This provision once again will not apply to the GFA as its common knowledge that the GFA is still in business.

Is there space for the government?

There is no room and space for the government intervention in the life and activity of a company limited by guarantee except for the limited (and yet inapplicable) instances that have been discussed above. Even if the suggestion is that the GFA was being run as a criminal gang, the government cannot dissolve the football association. In cases where it has been suggested that a company was being used to perpetrate fraud, the court’s answer has never been the dissolution of the company. Rather, the posture of the courts has been to “lift the veil of incorporation” in order to make the officers behinds the company liable for the said fraud. In Re Darby; Ex parte Broughton[12], it was held that where a company is used for perpetuating a fraud, the corporate veil may be lifted.

Every action of the Government in this time of national vituperation must be carefully taken in accordance with law. The whole of essence of constitutionalism is that there are limitations on governmental power and authority and a structure for their exercise. Thus, Government must not be seen to be acting in ways which affect the freedom of association guaranteed under the 1992 Constitution.

It is proposed as a first measure, the revocation of the registration[13] of the GFA as a sports association with the National Sports Authority. This will prevent the GFA from operating its activities in Ghana as same will be contrary to law. This will provide the necessary groundswell for its members to dissolve its current leadership and chat a new path for reforms, with the assistance of Government.

Whatever steps it takes, the nation’s passion has been bruised but that must not open an avenue for the violation of explicit provisions on the winding up of a company in Ghana.

[1] This is in contrast to the English FA which is a company limited by shares and was incorporated in 1903. Its central objects are the promotion and regulation of the game of association football and supporting the technical development of the England representative teams, as well as professional and grassroots football generally.

[5] see case of Chapel Hill School Ltd v The Attorney-General & Anor [2012] SCGLR 827 where the following was said of a company limited by guarantee: “Indeed, the company limited by guarantee, which was introduced into Ghanaian law by the Companies Act 1963, can be said to be functionally equivalent to a trust.  It is functionally a trust in corporate form.  By this we are not asserting that the technical equitable rules on trusts apply to it.  However, we do say that the function of the two institutions is identical in this context. This connotes that the members of the company, like a trustee, cannot benefit from the revenue from the trust, which should be used exclusively for the purposes of the guarantee company. Thus any excess revenue remaining after all the expenditures of the company in any year has to be retained and applied in the future to the company’s purposes.”

NEWER POSTSupreme Court Sets Parameters for Disclosure of Information to Accused Persons
OLDER POSTInvestigative Journalism: The Tension Between Privacy and the Public’s Interest