I have been fascinated with television advertisements for as long as I can remember. As a child, it was my dream to be in one of the advertisement for popular brands, just like Miriam, the little girl in my school who did a very popular advert for one of the milk brands, and became a star almost overnight because of the words, “Does Daddy know he’s here?”

For the longest time, Ghana’s advertising industry has been a free playing field in terms of regulation.

I was pleasantly surprised to find out that Ghana has an Advertising Association. This association is not a government body, but merely one that represents main stakeholders in the advertising industry. It is a non-profit organization, funded by member subscriptions. Over the years, it has tried to regulate the advertising industry through voluntary compliance and moral persuasion.

One would even think that as the body that claims to be the “industry body and professional institute for Ghana’s thriving and highly potent advertising and marketing communications business,”[2] their website would have a ‘more modern’ user interface.

That aside, this body seems to be up to a lot of good work, looking at the news on their website. Very recently, the Executive Council of this body paid a courtesy call on the Minister of Information, Hon. Kojo Oppong Nkrumah at his office to discuss issues critical to Ghana’s advertising industry, including the status of the Advertising Council Bill.[3]

This Advertising Council Bill (“the Bill”) has been before Parliament since 2016. For one reason or the other its enactment as law has been delayed. This intrigues me because this bill is an exceptionally well-written piece of legislation. It is very detailed, prescribing guidelines for how virtually all types of products and services should be advertised.

The Bill establishes the Advertising Council of Ghana, as the official government body charged with the duty of regulating advertising, registering practitioners in the industry and licensing advertising companies. The Bill further defines what activities constitute advertising and sets out a Code of Professional Conduct and Ethics which all practitioners are required to observe in the conduct of their business.

This Code of Professional Conduct and Ethics (“the Code”) is an extensive document, contained in the First Schedule of the Bill. It is a set of rules, taking into consideration a wide range of products and services to be advertised and the implications they are likely to have on matters suited to Ghana’s cultural and social background.

I found it fascinating that the Code actively encourages advertisers and advertising agencies to indicate the prices of the products and services being advertised.[4] This reminded me of the numerous vendors of Instagram who advertise their goods and tell potential clients to send a direct message to find out the prices of the goods on sale.

Also, Article 20 of the Code prohibits an advertisement from attacking, discrediting or disparaging other products, services, ideas, personalities or organizations unfairly. It also prohibits an advertisement from exaggerating the nature or importance of competitive differences. After reading this provision, I was almost immediately reminded of the popular advert that MTN had a few years ago a character called GAVET. I recall quite vividly that the advert showed this GAVET character, dressed in a shirt, trying very hard to make a phone call with different phones but to no avail. Then a character dressed in bright yellow enters and tells GAVET to switch to MTN because MTN’s network covers the entire country and has better call quality.

This provision brought to mind so many of the advertisements for alcoholic beverages that I have seen over the years on television. Currently, it seems to have gotten better since the FDA began vetting and approving these advertisements. But still, the Bill is necessary to further enforce the standards that the FDA applies in its vetting and approval process with regard to alcoholic beverages.

Even advertisements for condoms are regulated by the Code. The Code in Article 49 makes it compulsory for an advertisement for condoms to bear the following words, “Be Warned: The Condom is not 100% safe. Total abstinence from pre-marital sex or faithfulness is the best option.” The other guidelines on how condom advertisements should be structured paint an interesting picture of the future for these advertisements.

This advert was the beginning of my little brother’s fascination with margarine when we were much younger. Every time this advertisement aired on television, my brother would run to the kitchen, slice some bread and spread it with Blue Band. You can imagine how tired my parents were of buying Blue Band, especially as no one else in the house enjoyed eating margarine. With this law in place, would that advert be legal?

The Code also attempts to cater to local content participation in the industry[7]. It requires that models used in advertisements should be citizens of Ghana except where the concept of the advertisement specifically requires a non-citizen. Non-citizens wishing to set up advertising agencies are required to satisfy the legal requirements in respect of the Ghana Investment Promotion Centre Act, 2013 (Act 865) and the Immigration Act, 2000 (Act 573). The Code also prescribes that the majority of the content of an advertisement should, as much as possible, be Ghanaian.

Generally, the Bill sounds like a very solid piece of legislation. So the inescapable question of why it has not yet been passed comes into play. According to the previous president of the Advertising Association of Ghana, Mr. Joel E. Nettey, the Bill “went through the first reading but could not be passed into law before the last Parliament was dissolved.”[8] The Minister of Information, Kojo Oppong Nkrumah in an interaction with the Advertising Association of Ghana[9], promised to engage the Trade Ministry to expedite action on the Bill. Hopefully his efforts will yield results this time round.

It might not seem like a priority at the moment, but there is a public need to control and regulate advertising to ensure that it is done responsibly. Else, in the words of Stephen Leacock, advertising will soon become a “judicious mixture of flattery and threats” that is, if it isn’t this already.

[1]In 2016, the FDA came up with its Guidelines for the Advertisement of Foods. 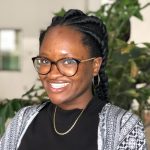 Sedinam Botwe is a final year law student at the University of Ghana, Legon who actively enjoys writing and research. She has a blog of her own where she discusses seemingly ordinary life situations and their not so obvious legal implications.

Sedinam Botwe is a final year law student at the University of Ghana, Legon who actively enjoys writing and research. She has a blog of her own where she discusses seemingly ordinary life situations and their not so obvious legal implications.
NEWER POSTLegal Profession 1 – 1 Revenue Authority
OLDER POSTAn Analysis of Personal Tax Reliefs For Resident Individuals Under Ghanaian Law