All citizens of Ghana have the right and duty at all times to defend the Constitution. Accordingly, Article 2 (1) of the Constitution empowers anyone who “alleges that (a) an enactment or anything contained in or done under the authority of that or any other enactment; or (b) any act or omission of any person; is inconsistent with, or is in contravention of a provision of this Constitution” to bring an action in the Supreme Court for a declaration to that effect.

Article 2(1) contemplates that the Court’s doors will always be opened to anyone seeking to enforce the Constitution, which, in turn, requires that the Court’s rules of procedure, important as they are, should facilitate the hearing of the person, not frustrate it. Further, such rules should facilitate the enforcement of the Constitution, not defeat it. In effect, the Court’s jurisdiction is not just original and exclusive; it is also epistolic.

The letter and spirit of Article 2(1) are reflected in Luke Mensah of Sunyani v Attorney-General [2004] where the Court said “We are convinced that as the highest court of the land, charged with the constitutional authority to interpret and enforce the Constitution, and thereby promote rule of law in our society, we should, in fitting situations, rise up to the occasion and determine disputes likely to endanger our infant democracy. And we would do this if the subject matter falls within our jurisdiction and the procedural errors committed by the plaintiff are not so fundamental as to amount to a denial of our jurisdiction.”

“the requirement of an ambiguity or imprecision or lack of clarity in a constitutional provision was as much a precondition for the exercise of the exclusive original enforcement jurisdiction of the Supreme Court as it was for its exclusive interpretation jurisdiction under articles 2 (1) and 130 of the 1992 Constitution; that was clearly right in principle since to hold otherwise would imply opening the flood gates for enforcement actions to overwhelm the Supreme Court. Accordingly, where a constitutional provision was clear and unambiguous any court in the hierarchy of court might enforce it and the Supreme Court’s exclusive original jurisdiction would not apply to it.”

With respect to the Court, it is my opinion that the Osei-Boateng doctrine is flawed, assails Article 2(1), is logically and linguistically deficient, and suffers from 5 other deficits that I will briefly explore infra.

First, I do not agree that the Osei-Boateng Court had said 6-3 majority cited by its progeny of cases, leading textbooks on Interpretation and the most recent Interpretation examination for the Qualifying Certificate of Examination. When one reads the case carefully, it is easy to observe that the Court unanimously (9-0) held that it had jurisdiction to hear the case. However, the Court was sharply divided on the obiter dictum that has become the Osei-Boateng doctrine. Clearly, Justice Date-Bah, the lead author, and Justice Ansah voted for the doctrine. It is also clear that Justice Atugubah, the lead author, Justice Akuffo and Justice Owusu rejected the doctrine finding it had no constitutional support. The other 4 Justices (Baffoe Bonnie, Adinyira, Gbadegbe, and Bamfo) agreed that the plaintiff’s preliminary objection be overruled without indicating their view or vote on the argument over the Osei-Boateng doctrine. Therefore, upon a proper reading and counting, the doctrine was defeated by a 2-3-4 plurality. The doctrine never became law and the subsequent reliance on it is entirely inapposite.

Second, in Osei-Boateng, Justice Date-Bah relies heavily on Ex Parte Akosah [1980] GLR 592. But that case was not an enforcement case at all. Rather, it was an interpretation case involving the meaning of AFRCD 23 and whether it has been incorporated in Transitional Provisions of the 3rd Constitution (1979). The jurisdictional question, in that case, revolved around whether an interpretation issue had arisen at the trial court so as to necessitate a reference to the Supreme Court by virtue of Article 118(2) of the Constitution, 1979. In that case, Justice Anin laid down a 4-tiered test for determining whether an interpretation issue had arisen in a lower court warranting reference to the Supreme Court. Justice Anin leaves no doubt that interpretation and enforcement are distinct when he states “And in Tait v. Ghana Airways Corporation, Supreme Court, 29 July 1970, unreported, where I had the privilege of delivering the judgment of the court, a similar pronouncement was made (as stated in (1970) 2 G. &. G. 527 at p. 528): the crux of the matter is whether the plaintiff’s action raises any issue of either interpretation or enforcement of any provisions of the Constitution. From the pleadings and issues settled in this case, we hold that no issue of interpretation is herein raised for determination. ….”

Ex Parte Akosah deals with referrals from lower courts, not cases involving the original jurisdiction of the Court, as provided under Articles 2 and 130 of the Constitution, 1992.

This is an important distinction because a denial of this Court’s enforcement jurisdiction under the Constitution, 1992 does not leave the aggrieved party with any appellate choices as in Ex Parte Akosah. Clearly, there was no basis for relying on Ex Parte Akosah to condition enforcement on interpretation.

Third, the Osei-Boateng doctrine upsets decades of settled law. It has long been settled and indeed it requires no serious debate that the Court’s enforcement and interpretation jurisdictions are distinct. As was said in, Adumoah II v Adu Twum II [2000] SCGLR 165, “My Lords, the original jurisdiction vested in the Supreme Court under articles 2(1) and 130(1) of the 1992 Constitution to interpret and enforce the provisions of the Constitution is a special jurisdiction meant to be invoked in suits raising genuine or real issues of interpretation of a provision of the constitution; or enforcement of a provision of the constitution; or a question whether an enactment was made ultra vires Parliament or any other authority or person by law or under the Constitution.” This principle has been stated or upheld in numerous cases, including Gbedema v Awoonor Williams 2 G & G 43; Tait v Ghana Airways (1970) 2 G & G 527; Yiadom I v Amaniampong [1981] GLR 3; Edusei v Attorney-General [1996-97] SCGLR 1; Bimpong Buta vs General Legal Council (2003-2004) SCGLR, 1200; Yiadom I v Amaniampong (1981) GLR 3, SC etc.

Fourth, some Court panels following the enunciation of the Osei-Boateng doctrine have not followed it or have even expressly repudiated it, creating a panel-dependent dual-jurisdiction system where whether one’s enforcement case gets a hearing or not depends on the panel. Thus, in Asare v Attorney-General and Another (J1/1/2016) [2017] GHASC 25 (22 June 2017), the Court stated that “Secondly, this court has reiterated in several decisions that its enforcement jurisdiction can be invoked independently of the interpretative jurisdiction as the right to seek a remedy under article 2 (1) is disjunctive and not conjunctive. The said position was pronounced upon in the cases of Sumaila Bielbiel v Dramani [2011] 1 SCGLR 132; Emmanuel Noble Kor v The Attorney- General; an unreported judgment in case number J1/16/2015 dated 03 March 2016 and Abu Ramadan (No 2) v Electoral Commission and Another, an unreported judgment in case number J1/14/2016 dated May 05, 2016. Having surmounted the jurisdictional hurdle, we direct our energies to a consideration of the action herein on the merits.” But in Asare v Attorney General and Another (2020), the Court held that “Article 25(2) is very clear and admits of no ambiguity and as such does not call for any interpretation.”

Asare v Attorney General and Another (2020) introduces its own problematic jurisdictional doctrine by also holding that “neither does the provision of the Professional and the Post Law Courses by the GLC at the GSL amounts to a monopoly since no such evidence has been demonstrated by the Plaintiff.” The evidence sought by the Court is apposite where a Plaintiff alleges that an act or omission violates the Constitution (see Article 2(1)(b)) not when he alleges that an enactment violates the Constitution (see Article 2(1)(a)). Under Article 2(1)(a) the evidence of the violation is the enactment (in that case, LI 2235 and its numerous regulations that have made the Ghana School of Law a monopoly provider of the so-called Professional and Post-Call courses in violation of Article 25(2)). The Asare (2020) Court relies on National Democratic Congress (NDC) v ElectoralCommission [2001-2002] SCGLR 954 at 958, where that Court said: “where an act or omission of any person is challenged under article 2 of the 1992 Constitution, such an act or omission must be shown to have taken place, and it must be shown that such act or omission falls foul of a specific provision of the Constitution, or at the very least, the spirit of an actual provision.” With respect, NDC is an Article 2(1)(b) case that is easily distinguished from Asare (2020), an Article 2(1)(a) case.

Fifth, the floodgate argument is not supported by the number of enforcement cases that have been brought to the Court since the Constitution was promulgated in 1993. Moreover, a mere fear that its caseload will increase is no good reason for the Court to assail the liberal standing and enforcement duty of Article 2(1). It is for good reason that there is no limit on the number of Supreme Court Justices and that the Court is properly constituted by a panel of five. This means at a size of 15 members, 3 panels of the Court can hear cases simultaneously. This unusual size and panel arrangements adequately address the floodgate issue. It must be remembered that the Court is the only court seized with the jurisdiction to enforce the Constitution (but see Article 33). Moreover, torturing the law to manage its load is against the judicial oath, which requires Justices to at all times uphold, preserve, protect and defend the Constitution and to do so without fear or favour, affection or ill-will.

To enforce is to compel observance. To interpret is to assign meaning. There is no logical or linguistic basis to assert that an interpretation issue is a precondition for enforcement. To be sure, in some cases, enforcement will require interpretation, but this is far from saying that where a provision is clear then it cannot be enforced at the Court. Article 42 on the right to vote is crystal clear but was properly enforced by the Ahumah Ocansey Court. As was succinctly stated by the Kor Court, “certainly it cannot be said that this Court cannot compel the observance of a provision of the Constitution unless it first acquires the murkiness of ambiguity and is processed in the interpretive refinery of this Court”. 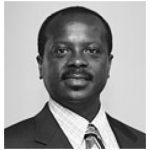 Professor Stephen Kweku Asare is a D&D Fellow in Public Law and Justice at CDD-Ghana. He is also a KPMG Professor in accounting at the Fisher School of Accounting, a public intellectual and scholar-activist whose contributions and activism, includes acting as plaintiff in a number of precedent-setting cases before the Supreme Court of Ghana.

Professor Stephen Kweku Asare is a D&D Fellow in Public Law and Justice at CDD-Ghana. He is also a KPMG Professor in accounting at the Fisher School of Accounting, a public intellectual and scholar-activist whose contributions and activism, includes acting as plaintiff in a number of precedent-setting cases before the Supreme Court of Ghana.
NEWER POSTOf Gaudy Earrings, Bare Arms and Revealed Cleavage: The Feminine Face of the Ills of the Bar?
OLDER POSTBoard of Governors, Achimota School vrs Nii Ako Nortei II & 2 Ors: A Case Of Judicial Sympathy Elevated to Principle of Law?