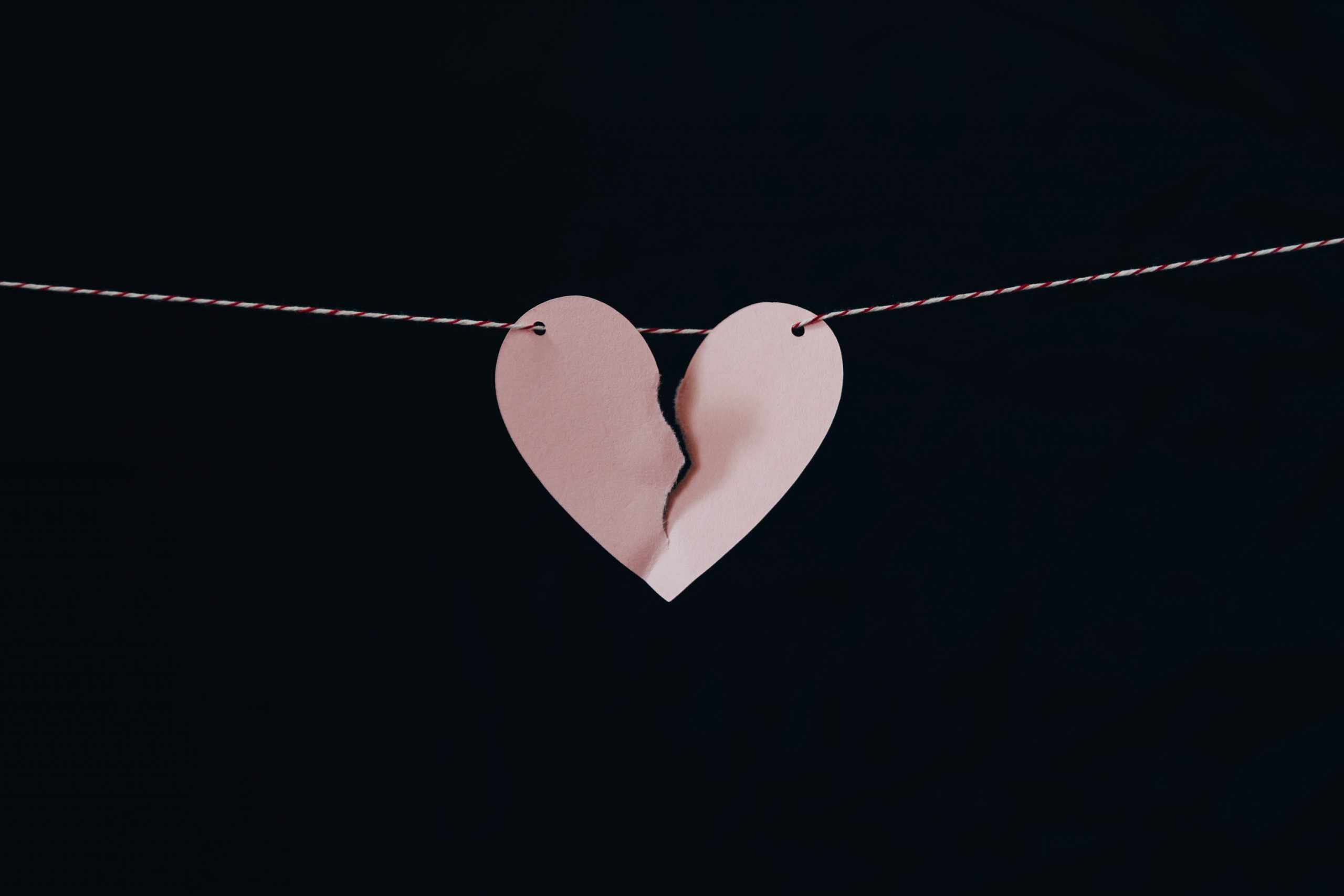 Implications of COVID-19 on Contracts: Doctrine of Frustration and Force Majeure

The world is literally at a standstill because of the novel coronavirus also known as COVID-19. On 30 March 2020, the President of the Republic of Ghana under the Imposition of Restriction Act, 2020[1] restricted the movements of persons in the Greater Accra Metropolitan Area and the Greater Kumasi Metropolitan Area for a period of fourteen days subject to review. This means people in these affected areas must stay home unless one needs to go out to get essentials like food, medicine, water, to undertake banking transactions or to use public toilet facilities. Prior to that, some countries around the world had instituted a lockdown which resulted in most people not being able to go by their normal businesses as they ordinarily do.

This situation undoubtedly is likely to affect business operations and the likelihood that some contracts or agreements would be affected as a result of this pandemic is very high. All around the world, there are reports of workers being laid off because of this pandemic; Barcelona FC players, for example, are rejecting the terms of their proposed wage cut amid the COVID-19 pandemic. Contracts in respect of football broadcasting rights could be affected because of the cancellation and postponements of matches and a host of others.

This article seeks to discuss the implications of COVID-19 on contract agreements. The common law doctrine of frustration and the principle of force majeure are the two principles that would be used to discuss the issues raised.

What is the Doctrine of Frustration?

A contract is said to be frustrated when unforeseen events occur through no fault of the parties, making the performance of obligations arising from the contract physically impossible or radically changing the nature of the obligations under the contract.[2] This doctrine is a common law doctrine and the standard used by the court to determine that a contract has been frustrated is very high.

The Court has laid down a test to determine how a contract can be frustrated.[3] The Court does this by:

This case was overruled in the case of Fibrosa Spolka Akcyjna v Fairbairn Lawson Combe Barbour Ltd(The Fibrosa Case).[7] In that case it was held that where money is paid to secure performance of a contract, and the performance fails as a result of the frustration of the contract, the party who paid can recover the amount if there is total failure of consideration.

The Fibrosa case[8] has been criticised on the basis that in the situation where the consideration has been partly performed, the ratio in the case would not apply. In addition if a party to a contract made some expenses in the beginning to perform the contract he cannot recover such expenses looking at the holding in the case.

The Contract Act, 1960[9], has managed to deal with this loophole in the Fibrosa case[10]. The provisions in Section 1, Act 25 were applied in the case of RT Briscoe (Ghana) Limited v Essien[11], and it was held that where a contract is frustrated, the moneys paid are recoverable. However, they are subject to deductions for reasonable expenses incurred in the performance of the contract.

Can a Party Rely on Covid-19 to Invoke the Doctrine of Frustration?

Assuming Company ‘A Ltd’ contracts with Company ‘B Ltd’, to supply and install new machinery in their factory. The contract was executed in February and per the contract, the machinery would be supplied and completely installed by May. A month after the parties executed the contract; the government through an enactment restricted the movements of persons in the entire country for about two months. This was because of the outbreak of a novel disease and a way the government could curb the spread of that disease is to order all persons to stay at home for that period.  People could not go about their daily activities. Meanwhile, one of the obligations that ‘B Ltd’ was supposed to perform in the contract was to do what is reasonably possible to follow all rules and regulations that govern the country in the performance of their side of the contract. ‘B Ltd’ was not able to complete the performance of the contract at the stipulated time; hence, ‘A Ltd’ sued ‘B Ltd’ Company Limited for breach of contract. ‘B Ltd’ however argues that their contract was frustrated because of the restrictions imposed by the government.

In a scenario like this, there is a likelihood that the court will deem the contract to be frustrated because of the nature of obligation that ‘B Ltd’ was supposed to perform.

The situation would be different from a loan contract between Mr. A and ABC Bank Limited, where the obligation of Mr. A is to repay the loan within a specified period of time.  Assuming Mr. A contracted a loan from ABC Bank Limited to expand his business but because of some government intervention, Mr. A is unable to service the loan on time. It would be difficult for Mr. A to say his loan contract has been frustrated. This is because, in the loan agreement, the obligation of Mr. A was to repay the loan within a certain period.

So, in the instance where Mr. A goes for a loan from a bank and he avers that the hardships he faced during the period of COVID-19 have resulted in the collapse of his business, thus his inability to service his loan, the court is unlikely to look at the event that led to Mr. A not to fulfill his loan obligation but rather look into the nature of the loan contract and the obligation that Mr. A has to fulfill. The financial hardship or inconvenience Mr. A experienced will not be the reason for a loan contract to be frustrated.

It is for this reason that some parties incorporate into their contracts a suitable force majeure clause. This brings flexibility in the interpretation of the terms of the contract as well as limits the enquiry of the court by focusing their attention upon the construction of the particular clause at issue rather than relying on the vague notion and the strict rule of the doctrine of frustration.

What is Force Majeure?

The concept of force majeure is foreign to the common law and is actually an established doctrine from the civil law specifically the French law. It relieves a promisor from responsibility for non-performance in certain circumstances.

Force majeure is the occurrence of an event or circumstances that prevents or impedes a party from performing one or more of its contractual obligations under the contract. It could be proved by:

Force majeure limits the inquiry of the court by focusing their attention on the construction of the particular clause at issue rather than relying on the strict rule of the doctrine of frustration. A force majeure clause seeks to forecast unforeseen eventualities and determine the allocation of risk beforehand in an agreement rather than an imposed manner. A well-drafted force majeure clause introduces elements of flexibility in the contract by the parties to define their own force majeure event. It could create an extension of time being granted to the promisor; suspension or variation of the contract; return of money paid or at worst an eventual termination of the contract if performance remains impossible beyond a certain time.

In the instance where parties draw up a comprehensive contract with a force majeure provision incorporated into it, when there is a dispute in respect to unforeseen circumstances, the Court is supposed to take their words into effect and avoid the application of the doctrine of frustration. Parties to a contract who have provided for a force majeure in their contract may rely on the express provision stipulated in their force majeure clause for the alleged frustrating event. They could as well argue that, the event that has occurred was one which was within the reasonable contemplation at the time the contract was executed.

A force majeure clause should have certain components in its wording. It should be able to:

In defining the event, there are two approaches to it. One is by defining the event in a more general term which could be open to more flexibility. For example, the event could be defined as any unforeseeable event that is beyond the party’s control. The other approach is to define the event by listing specific force majeure events with or without a wrap-up clause at the end which could point to other unspecified, unforeseen and uncontrollable events. For example, “Force majeure is defined as any event that occurs as a result of extraordinary and unforeseeable events beyond a party’s control, such as an outbreak of war, whether declared or otherwise, revolutions, riots, rebels, uprisings, strikes, an outbreak of epidemics or any other events whatsoever not resulting from a party’s default”.

The effects or the consequences of the event are generally what the affected party must do if the defined event occurs and the notification process, stipulates the time frame in which a party should notify the other when the defined event has occurred.

Can a Party Rely on Covid-19 to Invoke a Force Majeure Clause in a Contract?

As earlier discussed, whether or not COVID-19 could be relied to invoke a force majeure clause in a contract is dependent on the definition of the event in the clause.

If the definition of the event is based on some general provisions for unforeseen and uncontrollable events, the onus lies on the party invoking the clause to show that the outbreak of COVID-19 is beyond the affected party’s control, thus has caused a delay or prevented the affected party from carrying out his or her obligation in the contract.[16]

If the definition list specific force majeure event in the clause, a party could successfully rely on it only if the events listed suit the outbreak of an epidemic like COVID-19.

What Contracting Parties Should Know

From the ongoing event the absence of a force majeure clause in a contract would mean that when a party has not been able to perform his obligation in a contract and a dispute has arisen out of that, the Court would rely on the doctrine of frustration to determine whether that contract has been frustrated.

The absence of a force majeure clause in a contract would give the Court power to rely on the doctrine of frustration of contract to determine whether the contract has been frustrated or not. Therefore, for a party to be successful in proving that COVID-19 has prevented the performance of his obligation in a contract, the party relying on it should be able to pass the test outlined in the case of Fidelity Bank v Anita Asare&ors[17]. This is where the Court would:

If the party passes the test, it could cause an automatic termination of the contract. The effect here is that, both parties are discharged from the contract because of the occurrence of the frustrated event. There would be no liability for failure to perform future obligation arising under the contract.

It is unlikely for one to anticipate all future unforeseen events that may occur when defining an event in a force majeure clause.  If an affected party can prove that the outbreak of COVID-19 has resulted in the delay or inability to the performance of his obligation in the contract, the court would take that into consideration when determining a dispute on the invocation of the force majeure clause. 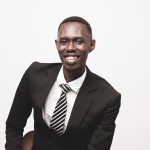 NEWER POSTDenial of A Citizen’s Right of Entry: When and How Can It Be Done?
OLDER POSTGhana: COVID-19, Election 2020 and Constitutional Matters Arising