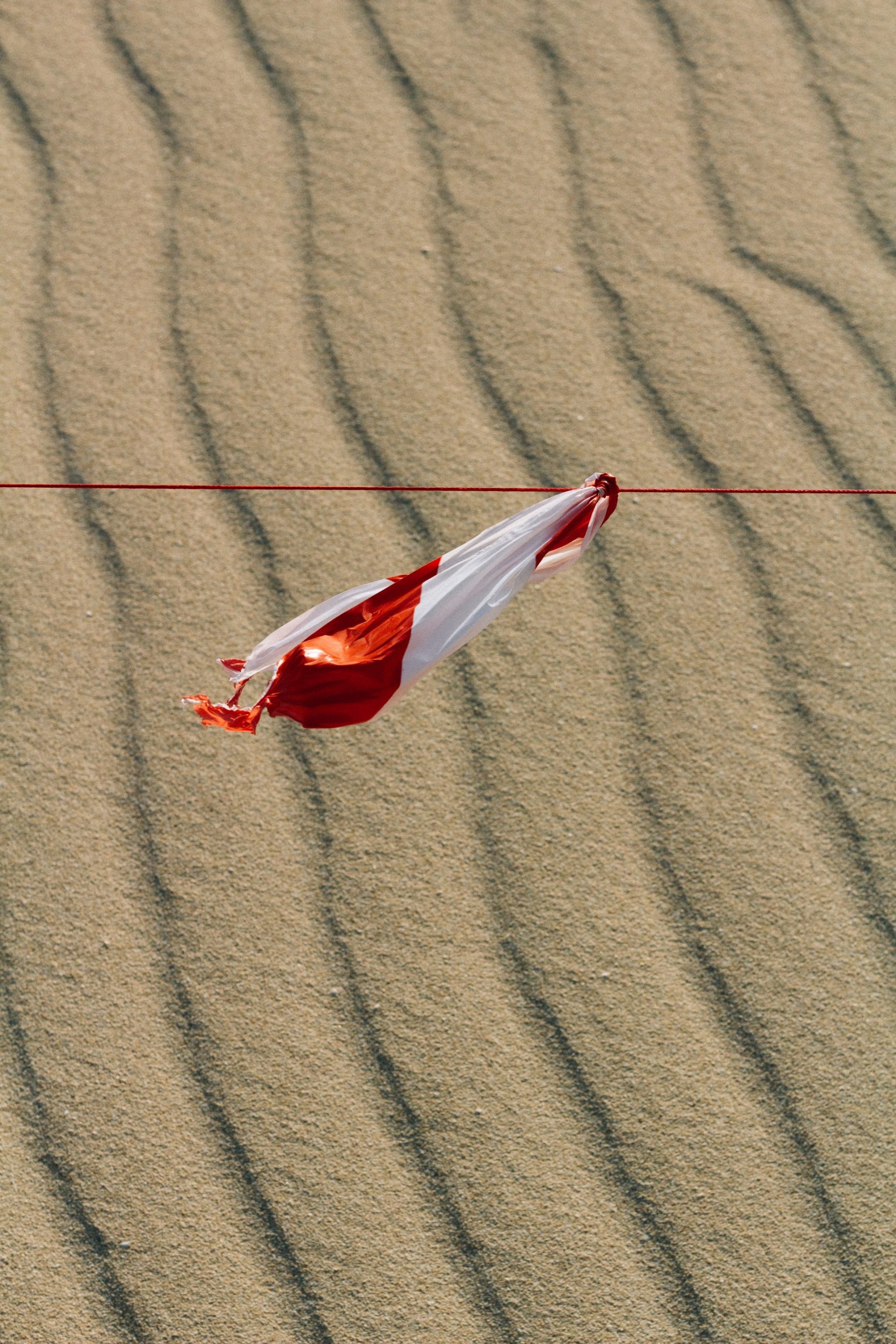 General Traverse, Where is your sting?

The aim of this article is to examine the scope of general traverse, and the effect it has in pleadings. In undertaking this odyssey, I will discuss how the courts have interpreted and applied General traverse over the years.

The common purpose or object of the rule on traverse as was succinctly stated by the Court of Appeal in the case ofArmah v Addoquaye[2], is to “compel each party in his turn to admit fully, or deny fully, each allegation of fact in the pleading of his opponent”.

Thus, the familiar and well-established legal principle is that, where a party makes material allegations in his statement of claim or counterclaim (as the case may be), and same has not been denied (traverse) by the opposite party in his pleading, there is deemed to be no joinder of issue between the parties in respect of those material allegation[3].

It is not in dispute that alleged facts in a party’s pleading which are specifically traversed by the opposite party in his pleading, metamorphosed those alleged facts to fact-in-issue, is not disputed. What may be of concern to the court and or disputing parties is whether a party who employs general traverse in his statement of defence but fail to deal with each and every allegation, is deemed to have specifically denied those each allegations of fact contained in the Statement of claim. In other words, does a general traverse metamorphosed into a specific traverse?

General traverse is defined in Black’s Law Dictionary, 8th ed., at page 1538 as: “A denial of all facts in an opponent’s pleading”.

A general traverse may be employed to deny any allegation of fact which may not have been specifically denied, in order to avoid the effect of inadvertent or the effect of failure to deny an allegation contained in a statement of claim.

General traverse is usually employed either at the beginning or end of a party’s Statement of defence, and may be pleaded as follows:

“Save as hereinbefore [or hereinafter] admitted, the defendant denies every allegation of fact contained in the statement of claim as if same were set out in extenso and denied seriatim”.

In the case of Ansah v Busanga[6], the legal principle as stated in the Akyer case was cited and applied by the Court of Appeal. In this case, the plaintiff’s deceased brother (Adama Busanga), who was an employee of the first defendant (now appellant), was on board a vehicle which was owned by the first defendant (now appellant) and driven by the second defendant (the servant/agent of the first defendant). The vehicle had an accident which led to the deceased death. The plaintiff (brother of the deceased), instituted an action for damages against the appellant and his driver under the Civil Liability Act, 1961 (Act 176). The second defendant gave a general traverse of all allegations of fact contained in the statement of claim but did not specifically deny the material averments in the claim about the accident and the negligence of his alleged driver. The court held that even though it is necessary and desirable for allegations of facts contained in the opponent’s pleading, if not admitted, to be denied specifically and not evasively, nevertheless a general traverse in proper form operates to put the matter at large and to put the opponent to proof of those allegations of fact.

In the case of Brutuw v Aferiba[7], an application was made to the High Court to set aside its earlier judgement, same of which was confirmed by the Court of Appeal, on the ground that, its earlier judgement was obtained by fraud. The plaintiff pleaded subornation of perjury as one of the particulars of fraud on which she relied to set aside the judgment but called no evidence to prove that charge. It was the contention of the plaintiff that since the defendant failed to specifically traverse that charge, the defendant was deemed to have admitted the charge. The High Court in applying the principle in Ansah v Busanga held that, the general traverse contained in the defendant’s Statement of defence was sufficient answer, and operated to put the matter at large and to put the opponent to proof of those allegations of fact.

The author in this paper expresses discomfort at a seemingly legal principle postulated by the Supreme Court in the case of Agbosu and ors v Kotey[8]. In this case, the plaintiffs brought a land suit against the defendants claiming inter alia, declaration of title to a piece of land. The plaintiff gave a detailed description of the said land in his statement of claim. The defendants did not specifically dispute the identity of the land being claimed, even though they included a general traverse. An issue that arose at the trial court was whether or not the plaintiffs succeeded in proving the identity of the disputed land. The trial High Court held that, by not specifically denying the boundaries of the pieces of land claimed by the plaintiffs, the first defendant was deemed by the operation of the rules as to pleadings, to have admitted the said boundaries. On appeal to the Court of Appeal, the court took a contrary view. On further appeal to the Supreme court, the court affirmed the decision of the High Court that the identity of the subject matter was not in dispute since the defendant failed to specifically deny the detailed description of the land as pleaded in the plaintiffs’ statement of claim.

“While it is true that the defendants included the well-known oft-used general traverse in their statement of defence, my thinking is that this would have served its purpose well if the whole of paragraph (4) had remained specifically unanswered. Under those circumstances, the defendants could have been said to have joined issues with the plaintiffs on that paragraph”.

The author in this paper is of the view that, the above statement does not represent the true statement of the law. Upon reading the holding in the above case, one wonders where the learned Judge drew inspiration from.

In this respect, even though there are quite a number of notable pronouncements from the courts in Ghana[9], the author in this paper deem it expedient to take some persuasive guidance from the common law case of John Lancaster Radiators Ltd. v. General Motor Radiator Co. Ltd[10]. In this case, the defendant stated the general traverse in his statement of defence, but failed to set out, and deal specifically with each allegation contained in the plaintiff’s Statement of claim.  When the case came before the Court of Appeal, these were the words of Morton LJ in respect of requirements of pleadings:

“The defendants have chosen to plead in a manner which alleges, in effect, that the statement of claim and every allegation of fact in it is incorrect from beginning to end … The plaintiffs are left in no doubt about what the attitude of the defendants is in regard to every single allegation in the statement of claim.  They deny every one of them.”

Suffice it to say that the Court of Appeal in the above case held that, general denial of every allegation in the statement of claim does not offend the rules of pleadings.

This position of the law under the common law has been settled, and it would be mere pedantry to cite several decided cases on it.

This principle of law was cited with approval by the Ghanaian Supreme Court in the Akyer case.

In a more recent decision of the Supreme Court in the case of Oppong Banahene v Shell Ghana Ltd[11], the plaintiff alleged in his pleading that, though not expressly contained in any agreement, the practice of the parties (under a carriage business arrangement) was that, after every vehicle was loaded, a delivery note would be issued to the carrier (driver) of the truck who is to deliver the load, and the carrier (driver) must sign the delivery note. The defendant did not specifically deny or admit this averment. The Supreme Court held that, even though the alleged fact was not specifically traversed by the defendant, the general traverse contained in the defendant’s defence was sufficient to put the matter in issue.

As can be observed, the Supreme Court in this case failed to apply the holding in the Agbosu case.

4.Failing  to Traverse (Either Generally or Specifically):

The rule that every allegation of fact made in a statement of claim or counterclaim (as the case may be) must be denied by the party on whom it is served, else that other party shall be deemed to have admitted those allegations, does not apply under the following scenarios:

Thus, where a person with disability fails to deny an alleged fact either generally or specifically in his or her pleading, that in itself will not amount to an admission of those alleged facts.

Any allegation that a party has suffered damage and any allegation as to the extent or amount of damages is deemed to be denied, unless specifically admitted[14].

This is what the Supreme Court had to say in the case of Axes Company v Kwame Opoku[15]:

“The doctrine of judicial precedent does not permit us based only on a single decision …. to depart from the long line of previously decided cases in our jurisdiction that are to the contrary but binding on us”.

It is the view of the author in this paper that, Article 129 of the 1992 Constitution of Ghana[16] was not invoked by the Supreme Court in the case of Agbosu and ors v Kotey[17], to depart from its earlier decision in the Akyer case[18], and that, the seemingly contrary principle by the court in the Agbosu case should not be bestowed with the Abrahamic blessing.

The binding force of those earlier decisions therefore still operate on both the court and parties in a case.

[1] Black’s Law Dictionary, 8th ed., at page 1538 defined Traverse as “A formal denial of a factual allegation made in the opposing party’s pleading”.

[3] This is what the Supreme Court said in Kusi and Kusi v Bonsu [2010] SCGLR 60 under holding (3); “Where no issue was joined as between parties on specific question, issue or fact, no duty was cast on the party asserting it to lead evidence in proof of that fact or issue”.

[12] “A person with disability” is defined under Order 5 rule 1(1) of CI 47 as a person under 18 years or a person who is certified by a medical officer as being incapable of managing and administering his or her property and affairs by reason of mental disorder or infirmity of mind. 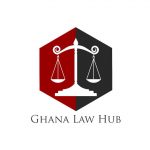 NEWER POSTTreatment of Shareholders’ Unclaimed Dividends Under the Companies Act 2019, (Act 992) and the Constitutional issue that Arises!
OLDER POSTDefault Judgment and the Doctrine of Estoppel Per Rem Judicata: A Legal Conundrum in Order 10 Rule 6 & Order 13 Rule 6(2) of the High Court (Civil Procedure) Rules, 2004 (C. I 47)